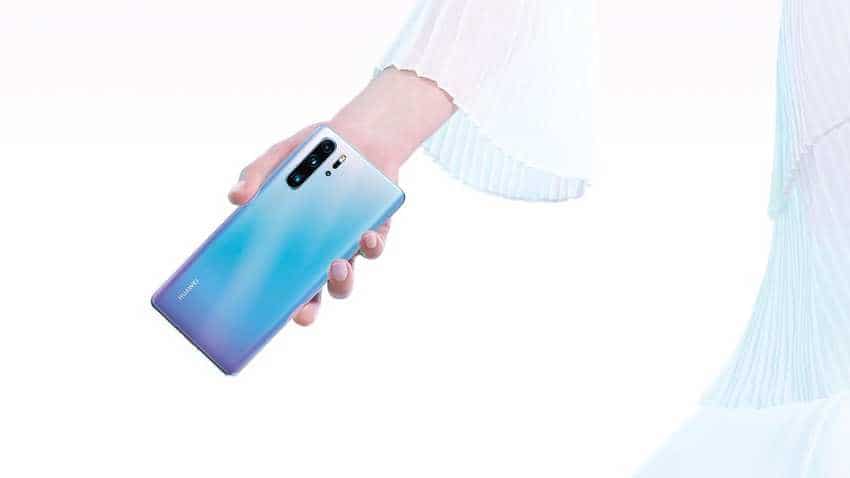 Huawei P30 Pro is set to be launched in India on Tuesday along with the mid-range P30 Lite. Source - Huawei/Twitter.
Written By: ZeeBiz WebTeam
RELATED NEWS

Huawei P30 Pro is set to be launched in India on Tuesday along with the mid-range P30 Lite. The smartphones are set to be launched in India at an event in New Delhi. The launch event will start at around 11:30 am and the live streaming will be available at Huawei India's official YouTube channel. Huawei P30 Pro was earlier launched in Paris and comes with a revolutionary Periscope zoom camera that allows for 5x optical zoom. It also brings a waterdrop AMOLED display, gradient colour design, in-display fingerprint sensor, Kirin 980 chipset and a long-lasting battery.

The Huawei P30 Pro launch event will start at 11:15 am at the Taj Palace, New Delhi. the live streaming of the event will be available on Huawei India’s official YouTube channel. You can also follow their Twitter account for updates.