Honor 6X comes with Huawei's Kirin 655 octa-core chipset with four cores having computing speed of 2.1 GHz and another four clocked at 1.7 GHz. 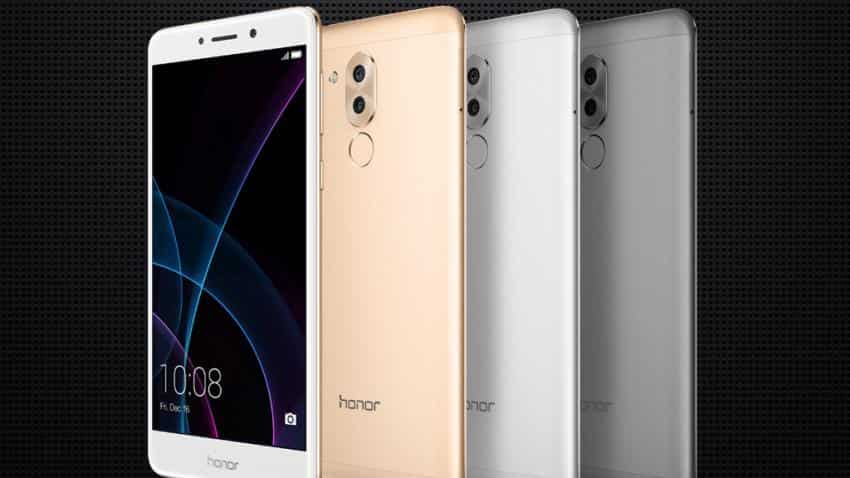 Mobile phone maker Huawei hopes to be among top five smartphone companies in the country with 10% market share in value terms by end of this year.

"We expect to achieve 10% market share in terms of value by end of this year in the smartphone segment. The Indian smartphone market is very dynamic, we expect to be among top five smartphone players in the country," Allen Wang, Director, Product Center, Huawei India Consumer Business Group, on Tuesday said after unveiling the 4G VoLTE smartphone Honor 6X here.

He said that the company will focus on bringing new technology at lower price points for consumers starting with Honor 6X which packs a rear dual camera in the mid-economy smartphones segment.

"With the launch today, Honor 6X has become India's most low priced smartphone at Rs 12,999 apiece with dual camera in the back. Having said that, it does not matter how many cameras you add to the phone as long as it delivers value to users," Wang said.

Honor 6X comes with Huawei's Kirin 655 octa-core chipset with four cores having computing speed of 2.1 GHz and another four clocked at 1.7 GHz. It has a 3,340 mAH battery promising up to 11.5 hours of video, 70 hours of music, or up to 8 hours of gaming on one full charge.

The dual camera at the rear side of the phone includes 12 megapixel camera for composition of image and 2 MP camera to get depth of field information.

The registration for the 3 GB version of the phone would begin on Amazon from 2pm till January 31 and a flash sale will be held on February 2 at 2 pm.

Wang said that the top model of Honor 6X will be available by the end of this month but the company is yet to decide on its sales model.

He said that Huawei will start making Honor 6X in India from the first week of February.