HTC launched HTC 10 evo priced at Rs 48,990 available on its estore in India. 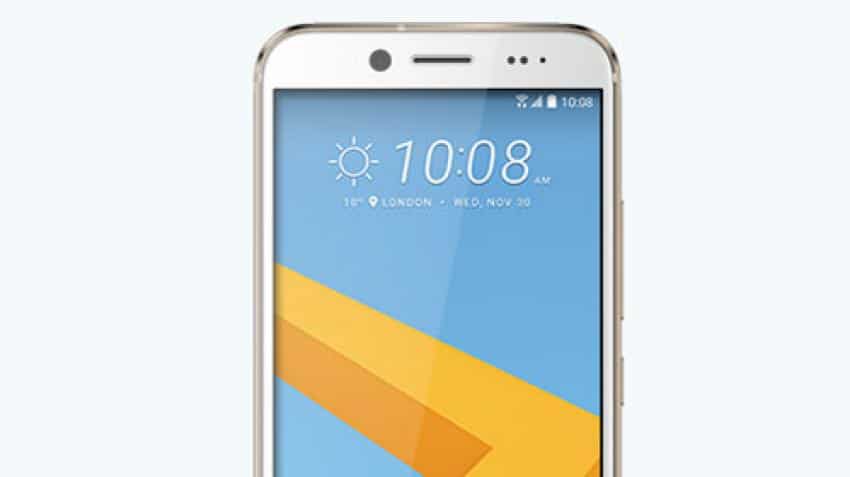 The smartphone has full metal unibody and its screen is made up of Corning Gorilla Glass 5, cited the specifications of HTC's estore website. Representational Image. Image Source: Official Website
Written By: ZeeBiz WebTeam
RELATED NEWS

* HTC 10 evo has got 16MP camera with Optical Image Stabilisation (OIS) and runs on Android 7.0 platform

That's apart, the company is also selling HTC 10 evo on Amazon India at Rs 46,900, the news report said. The phone is available only in pearl gold colour.

The smartphone has full metal unibody and its screen is made up of Corning Gorilla Glass 5, cited its specifications of HTC's estore website.

Besides, the phone is water and dust resistant which the company claims has got IP57 certification and it can be taken anywhere in any weather conditions.

The smartphone comes with Qualcomm Snapdragon 810 processor and has ROM of 32GB and RAM of 3GB  with an expandable card slot supporting microSD memory card for up to 2TB.

The smartphone has got 16MP camera with Optical Image Stabilisation (OIS) that reduces camera shake in order to capture sharp photos on the go in almost any environment, even in low light.

And it has an ultra-fast autofocus time of up to 0.3 seconds with Phase Detection Auto Focus, which makes focusing smooth and very fast.