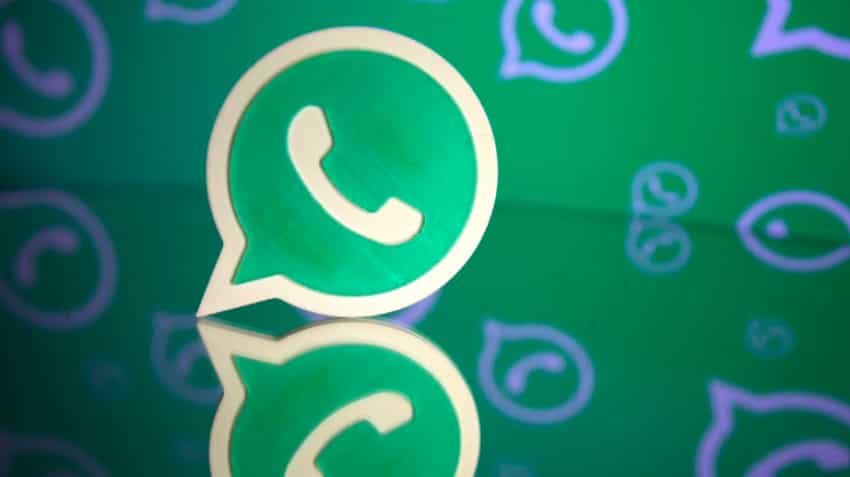 On its FAQ page, WhatsApp explains how you can create a Rooms Link. Source - Reuters.
Written By: ZeeBiz WebTeam
Edited By: Harish Dugh
RELATED NEWS

WhatsApp trick: Social media giant WhatsApp had last month announced a new feature called Messenger Rooms for Facebook Messenger. The feature allows users to interact with WhatsApp and Instagram users directly without leaving the respective apps. While it is yet to be rolled out, the feature was spotted in the beta version of WhatsApp Android. The platform has also explained how it will work. On its FAQ page, WhatsApp explains how you can create a Rooms Link.

- Open WhatsApp and then go to the Calls tab.

- Tap on Create a Room option. Alternatively, you can also open an individual chat > tap on the paperclip menu > tap on Rooms option.

- A pop up window will appear where you need to tap on Messengers Option.

- Now tap on Create Room As [name of the Room] option.

- Tap on Send Link on WhatsApp to reopen the app.

- You need to the search or select contacts or group chats to share the Room Link with and then tap on the arrow on the screen.

- The link with the text field will come up. Put in your text there.

- Tap on the Send button.

Meanwhile, WhatsApp is working on a new feature that will make it easier for users to add contacts to their list by scanning a QR code. According to a report in WABetaInfo, a fan website that tracks WhatsApp beta, QR Code scanning was first introduced in the iOS beta and now has made its way to the Android beta of the app. The feature is available in the 2.20.171 version of the app.

Android beta users will be able to find their own custom QR codes in the Settings section of the app on the top right side in front of the name.