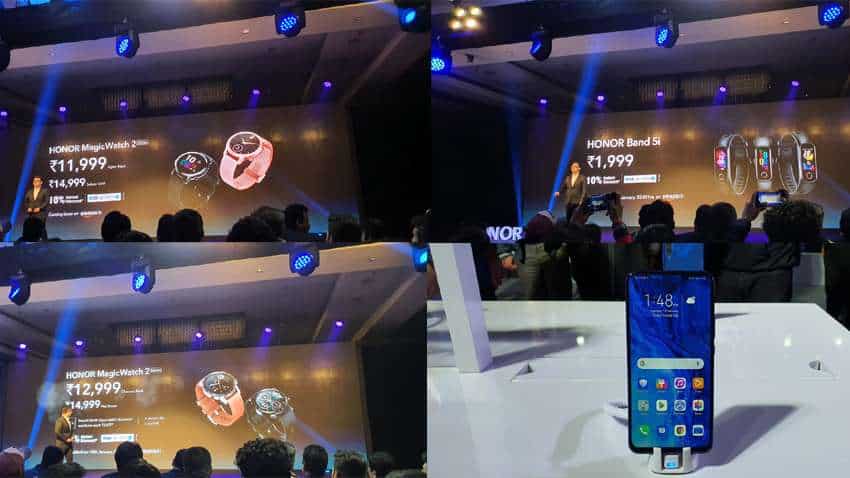 This makes the band another budget offering from the company allowing it to compete against Xiaomi's MI Band 3i. In China, the Honor Band 5i retails at CNY 159 (roughly Rs 1,600).

The Honor Magic Watch 2 features a 1.2-inch circular AMOLED display on the 42mm variant while the 46mm model will retail with 1.39-inch display. The smartwatch is equipped with Kirin A1 processor that comes with 4GB of onboard storage. The watch comes with 5ATM water resistance, a heart rate monitor and GPS support.

The Honor Band 5i features a 0.96-inch (160x80 pixels) touchscreen display and also comes with 5ATM water resistance. It packs a 91mAh battery that is claimed to last up to nine days on a single charge. It also has a heart rate sensor.