Honor Band 5 review: With high-quality display, this could be your first fitness tracker

Honor Band 5 review: Huawei’s sub-brand Honor has covered a decent ground in India in the last few years, making its presence felt in the tech sector, where players like Xiaomi and OnePlus are setting new standards with each product launch. 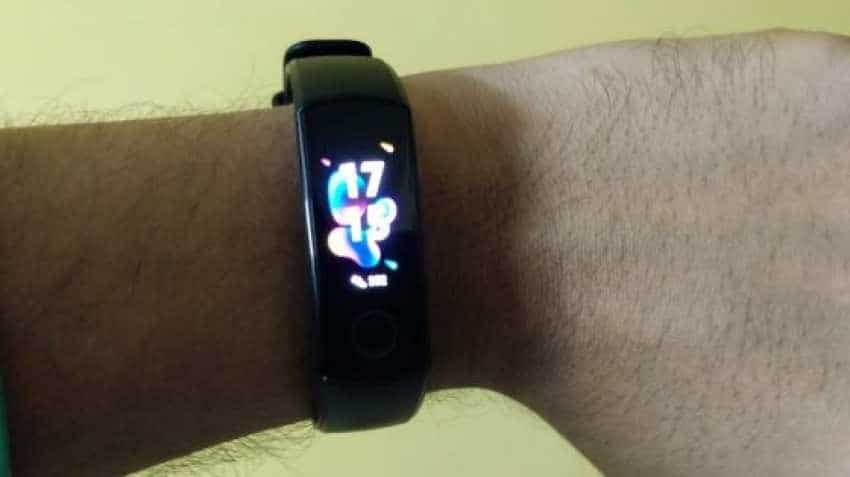 The Honor Band 5 price in India has been set at Rs 2,599 which isn’t that aggressive but certainly makes the device affordable. Image: Zeebiz
Written By: Manas Tiwari
Edited By: Harish Dugh
RELATED NEWS

Honor Band 5 review: Huawei’s sub-brand Honor has covered a decent ground in India in the last few years, making its presence felt in the tech sector, where players like Xiaomi and OnePlus are setting new standards with each product launch. Honor’s presence is felt more in the smartphone segment and there is a lot of work that needs to be done in other segments like smart wearables. In its latest bid to make the right kind of noise, the Chinese smartphone company has launched the Honor Band 5 in India, which offers an affordable option to fitness enthusiasts.

The band comes as Honor’s first major announcement since it launched the Honor 20 series in the country in May. At the rate which smartphones are being dropped in India, it seems likes that happened years ago! Thankfully, that isn’t the case with smart wearables and there are still limited options in each price segment, making it easier to keep track.

Priced at Rs 2,599, the Honor Band 5 is an upgrade on the Honor Band 4 and competes against the Lenovo Smart Band Cardio 2 and the soon-to-be launched Mi Band 4 (most likely at Xiaomi’s August 21 event in New Delhi). We got the Honor Band 5 and took it on a spin from Delhi to Jaipur and here is what we think of it.

Honor hasn’t changed much it terms of design from what you get on the Honor Band 4. The latest offering comes with the same 0.95-inch screen but here, you get an AMOLED full color display instead of the standard OLED. This means that you get a better display that offers a more vivid experience. One thing that I noticed is that the text on the Honor Band 5 is sharper than what you get on some other devices in this price range.

You get really good and bright colours on the screen. This is a good news for users who often struggle to note the readings on their fitness band. You don’t have trouble with the Honor Band 5’s display even in bright daylight. 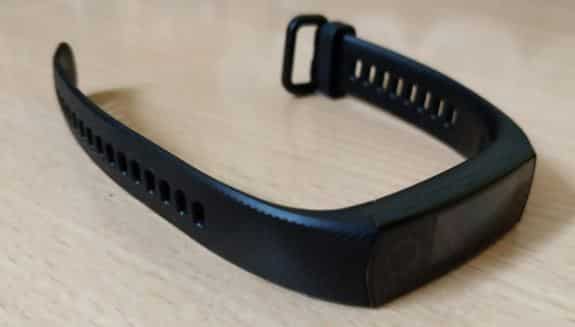 The built quality is really good as well. While Honor may not have given this band the most premium look, it does seem durable. Both the strap and body itself are made up of good material. The screen size is very small which makes it easier to fit the band on to your wrist. It is relatively light weight as well so you won’t have much trouble carrying it around.

The touch on the band is quite smooth and reacts well. But, you may have to move your wrist with some pressure to wake up the display. This can also be seen as a positive as the band doesn’t light up with slight movement which is the case with some other fitness trackers I have used lately. This could be highly annoying if you are watching a movie or are at an important meeting.

While you may have to look hard to find differences in design from Honor Band 4, the company does offer several new features in the Honor Band 5, enhancing the performance users get. The new features offered in this device include ‘Swim Stroke Recognition’ which uses a built-in six-axis sensor that can recognise four types of swim strokes (freestyle, butterfly, breaststroke, and backstroke). It also records the swimming speed, distance travelled, calories burnt, and the SWOLF score. The accuracy and efficiency of this feature is tough to test as I am not going on long swimming sessions these days (as if I ever did!). 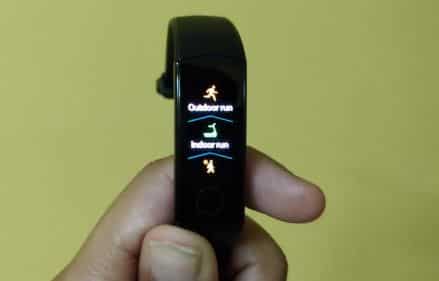 Then, there are other usual modes that you get on most fitness trackers like running, cycling and swim tracking. You can track your steps, heart rate and can also change the watch faces. I wasn’t too impressed with the faces and had to settle with the default face. But, then you do get a colour display which is still not common with fitness bands.

The band claims to use Huawei’s TruSleep technology to monitor and analyse sleeping heart rate and breathing. The readings here were quite accurate. Another impressive feature of the Honor Band 5 is the way it measures your heart rate. Most fitness bands and even watches, flash a light while calculating your heart rate. This isn’t the case with the Honor Band 5. So, that’s a relief!

To turn on the band and get it going, is the toughest and tedious part. While the band turns on as soon as it is connected to the charger, to make it active, you need to connect it to the Huawei Health App. The app can be downloaded from the Google Play Store but also asks you to download Huawei Mobile Services, which again, is available on the same platform.

The app does ask you for a number of permissions and it feels like forever before you could actually start using the band. 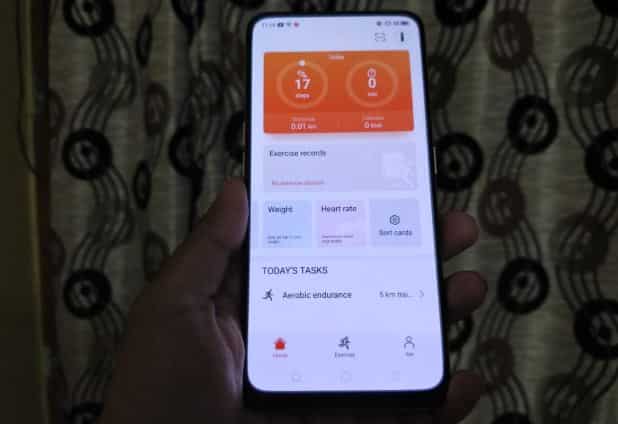 The Huawei Health App UI is rather simple and user friendly. From here, you can control and track all the features of the band. It allows allows you to create your own training plan which could be highly useful, if used properly. You can also manage your phone notifications on the band from the app.

The Honor Band 5 price in India has been set at Rs 2,599 which isn’t that aggressive but certainly makes the device affordable. The band may not be a major upgrade on design but offers some new and highly effective features. It also comes with improvements to sleep tracking and heart rate monitoring. 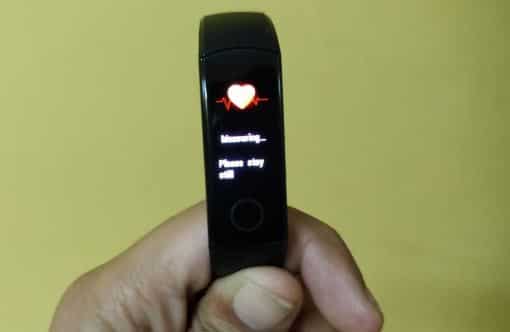 Given that the biggest highlight of this band is probably its colour display, people that are already using a fitness band may be a bit hesitant to spend on the Honor Band 5 and switch.

But, if you are not a fitness band user already and want to track your daily activities, the Honor Band 5 emerges as a very good and affordable option. Its bright and high-quality display, advanced features and impressive price tag, make the Honor Band 5 a decent option as your first fitness band.