Honor 9X review: How good is the Honor 9X? Where it stands against the competition and, does it manage to justify its price tag? Let's find out in this Honor 9X review. 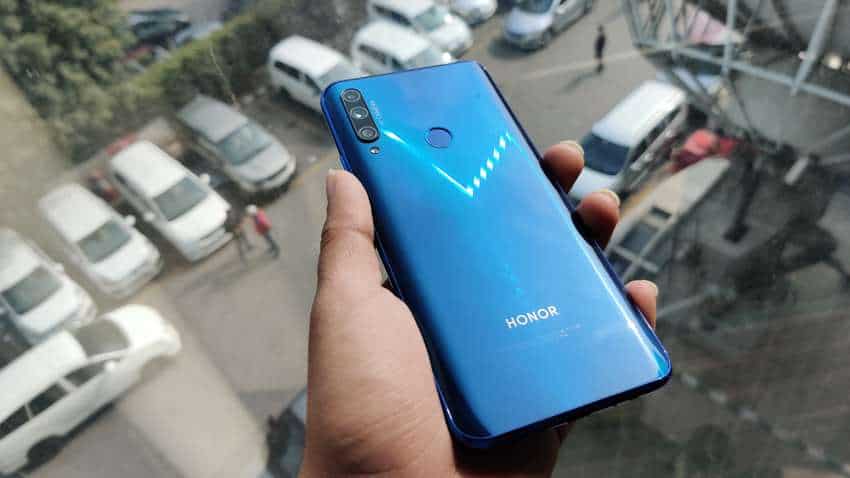 Honor 9X plans to stand out with its Ranveer Singh-esque fashion sense that is bound to have your attention.
Written By: Manas Tiwari
Edited By: Harish Dugh
RELATED NEWS

Honor 9X review: We live in a time where it would take something miraculous to build a bad smartphone. The processors are getting more powerful, cameras are becoming better and batteries have been made bigger. This leaves us with no other choice but to pass judgments on the basis of how much a phone has been priced at. The newly launched Honor 9X is one such device which could have drawn a lot of criticism, had it been priced anything more than what it has been.

Launched in China last year, the smartphone has taken a long time to arrive in India. You can say that Premier League trophy took longer to arrive in Anfield (if it actually does this time) but that's a different debate altogether.

Coming back to the smartphone, the Honor 9X has been positioned in a highly competitive and sort of over-crowded segment that has the likes of Redmi Note 8 Pro, Samsung Galaxy M30s, Realme 5 Pro, vivo Z1 Pro and so many other smartphones that it is even hard to recall names. The Honor 9X comes with a pop-up camera on the front and a 48-megapixel sensor at the back - features that we have already seen on several other smartphones.

So, how does the Honor 9X plan to stand out? Well, with its Ranveer Singh-esque fashion sense that is bound to have your attention. Whether you will admire or laugh about it, is a personal choice. But, how good is the Honor 9X? Where it stands against the competition and, does it manage to justify its price tag? Let's find out in this Honor 9X review.

The rear panel of Honor 9X reminds me of the gift wrapping paper used in old times. It shines and continues to shine, making the smartphone a magnet for fingerprints. The smartphone has been launched in Sapphire Blue and Midnight Black colour variants. We had the first for review purposes and it surely helps Honor make the phone stand out from the crowd. 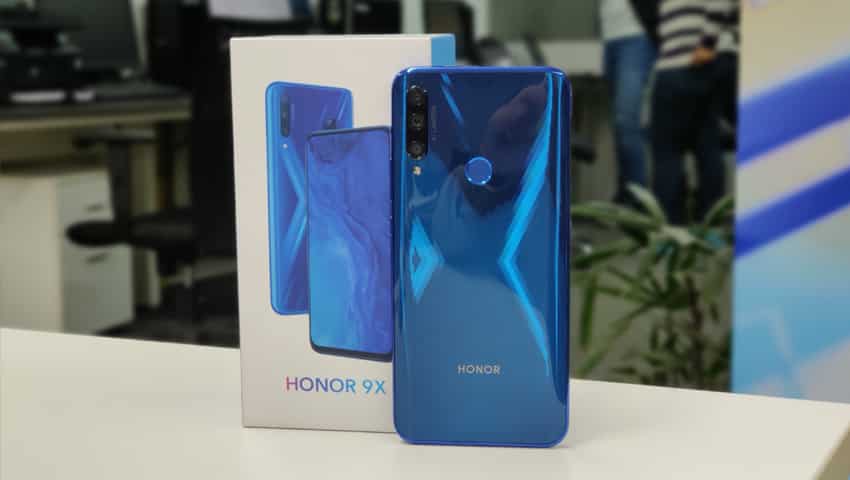 Despite the glossy finish, the design is likely to be appreciated by most, especially in India where we have an obsession for glitzy stuff. The plastic back panel has a criss-cross pattern of lines that form an 'X', justifying the name of the phone. Well, because you have to.

Thankfully, the phone is not slippery despite this glossy finish.

The power and volume buttons are on the right panel while the left side of the phone has been left clean. At the bottom, you get the Type-C USB charging port, speaker grills and a 3.5mm jack. On top, you have the SIM tray and star of the show (at least Honor thinks so) - the pop-up camera module. 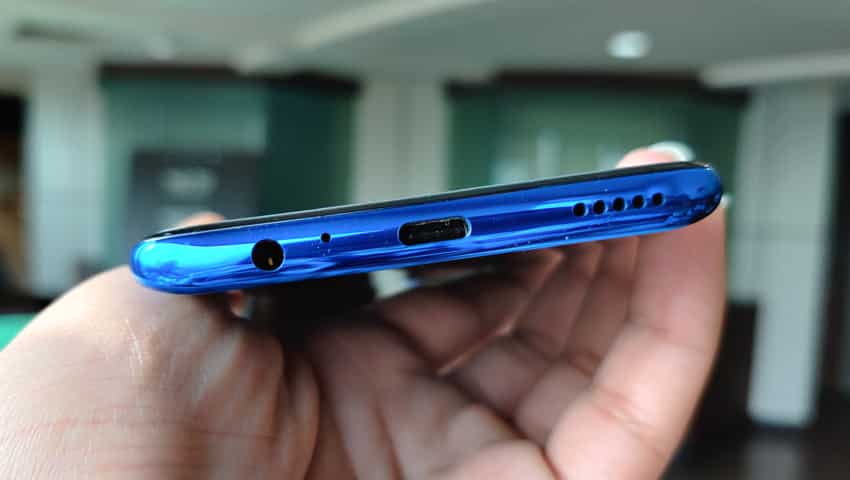 The pop-up camera has helped Honor increase the screen-to-body ratio to an impressive 91 per cent and reduce the bezels. The smartphone features a tall 6.59-inch Full View Display with dynamic range enhancer. It claims to come with a blue light filter that reduces harmful blue light radiation emitted to prevent eye fatigue. 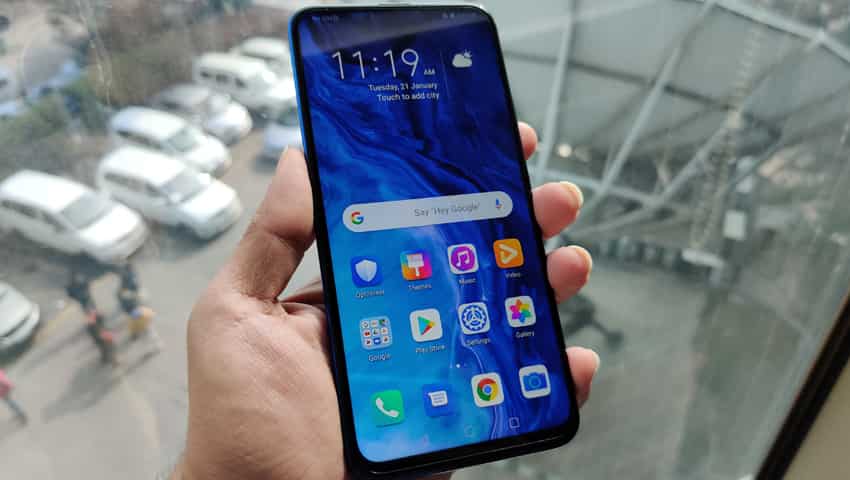 The display is good, smooth and offers good viewing experience. The only thing Honor could have improved is the peak brightness. The screen doesn't light up too much even when the brightness is full, at times making it difficult to use the phone in outdoor conditions.

This is where things get interesting as Honor has changed the hardware of the smartphone, giving it a new processor in India. The Honor 9X was launched in China with Kirin 810 processor but by the time it reached here, the chipset was replaced with Kirin 710F. Now, while this an efficient chip, it makes the Honor 9X a typical mid-range smartphone that refuses to run graphically demanding games smoothly. 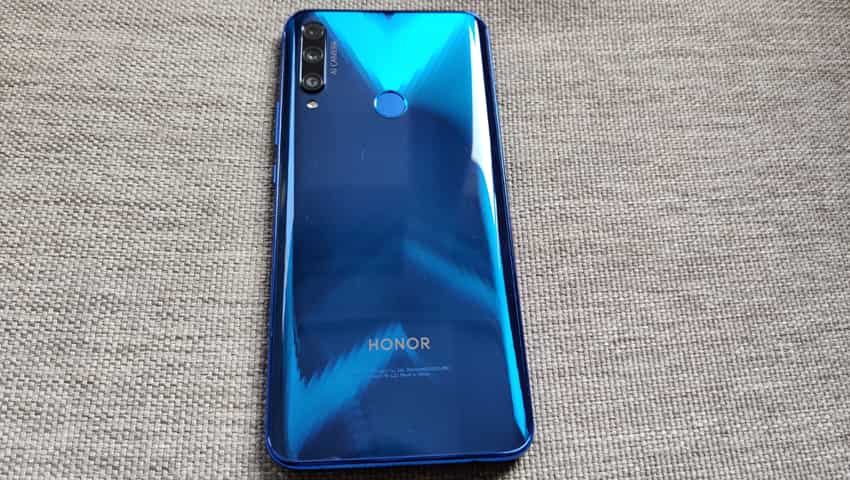 Still, the general experience is comparatively smooth. The phone opens apps without any visible lag and gives a good experience while multitasking. I played a few games like PES 2020 and Rise of Empires, which ran well. The taller display comes handy while gaming.

The smartphone ships in two RAM options - 4GB and 6GB, both paired with 128GB of internal storage, which can be expanded using a microSD card.

The smartphone runs EMUI 9.0 based on Android Pie and the smartphone should continue getting Google updates despite the ongoing tussle with the tech giant and Huawei in talks with developers to make apps for its new operating system.

The custom skin might not be the best but is still better than we find on some other brands. You will have to deal with several pre-installed apps though. These include - Booking.com, Helo, Opera News, among others.

Honor 9X packs a 4000 mAh battery which lasts a day at medium usage. It comes with support for 10W charging.

Camera is probably the biggest selling point of the Honor 9X and the Indian variant has got significant improvements here on its Chinese counterpart. The number of lenses at the back have been increased from two to three to keep up with the competition and recover lost ground. 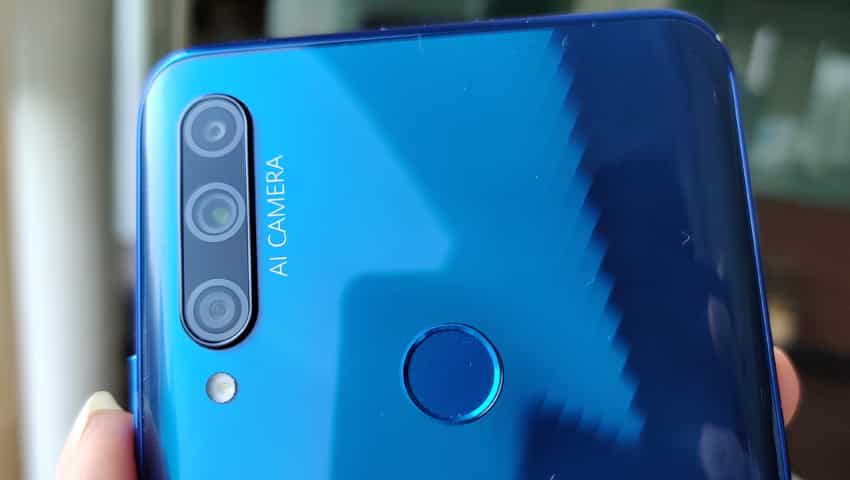 The Honor 9X features a 48-megapixel main snapper, an 8-megapixel wide-angle camera, and a 2-megapixel depth sensor. We have been saying this for a while that no matter how many megapixels you offer, the real difference is made by image processing - something that reflects on Honor 9X. 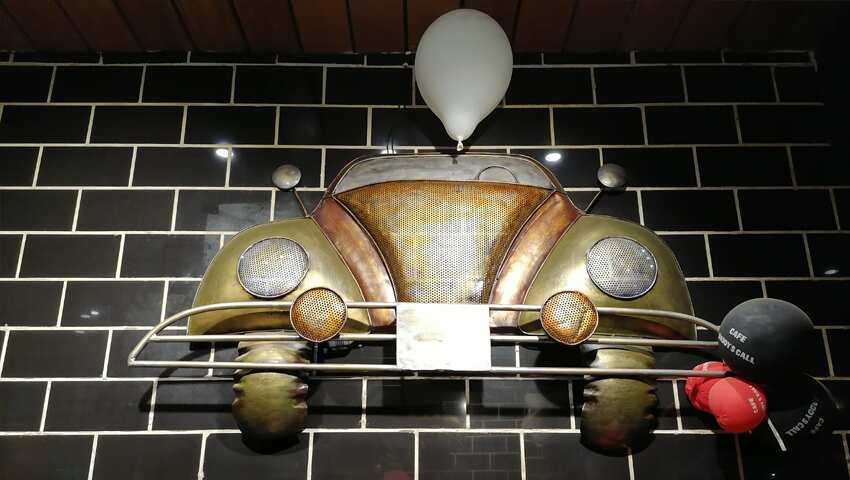 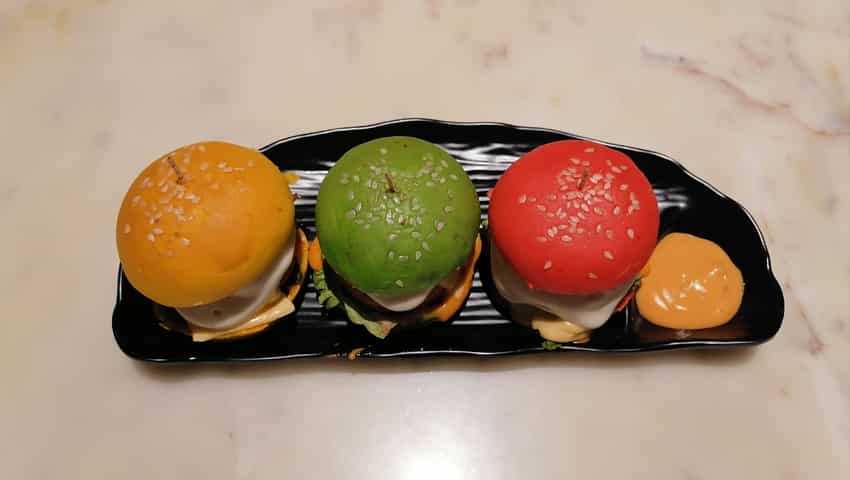 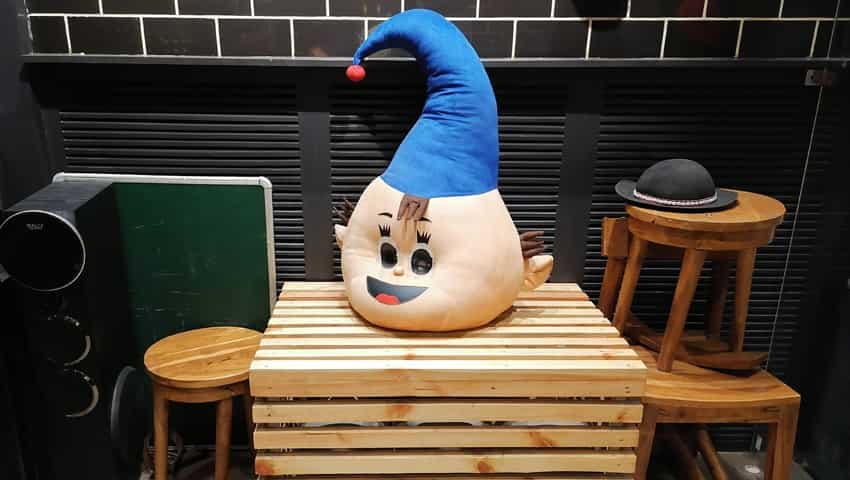 The images clicked by the main lens come out so good that you feel like you were looking at something else in the first place. The colours produced are punchy, vibrant and there is amazing amount of detailing.

On the front, you get a 16-megapixel pop-up camera which comes with fall detection that protects it against external pressure or unwanted push. Honor is probably six months too late to join the pop-up race but does a good job here as well. 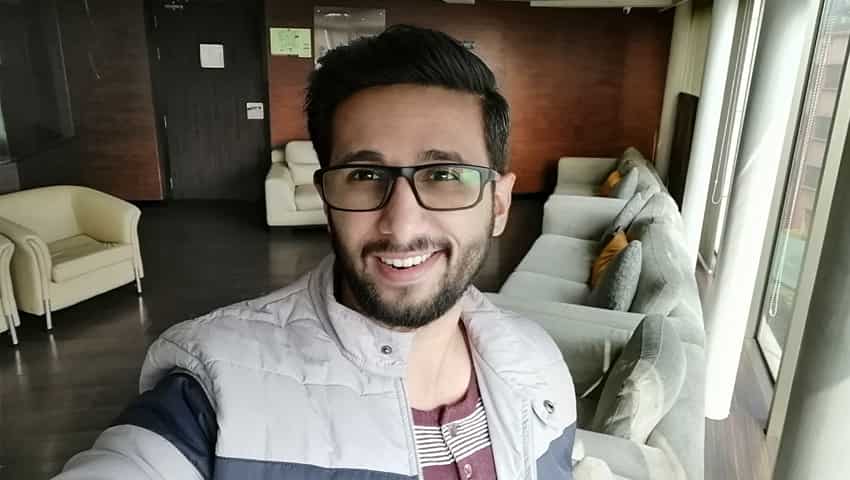 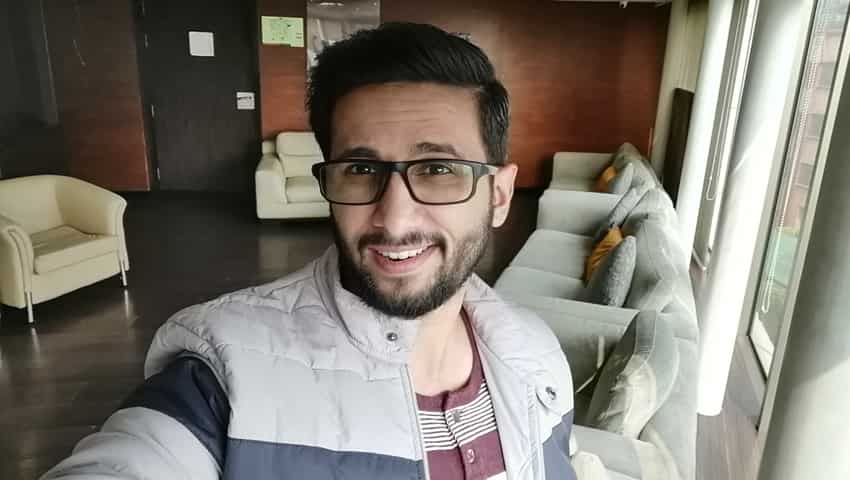 You may find the camera a little slow as it comes out, but it does click some really good selfies, again with the help of post-processing.

The Honor 9X has been priced at Rs 13,999 for the base model that comes with 4GB RAM and 128GB of internal storage while the 6GB RAM variant would cost you Rs 16,999. As I said before, had the phone been priced anything else, it would have drawn much ire. But, at Rs 13,999, this smartphone looks like a great choice with its all-round capabilities.

It has a trendy and distinguished design, a typical mid-range processor for daily tasks, cameras that make you look better than you are and a decent battery life. Having said that, it is the base model that looks like a sensible choice because some of Honor's competitors are offering 64MP camera and faster charging at around Rs 17,000 - what the top model is priced at.