The new smartphone comes with a 5.65-inch full-HD+, bezel-less display with an 18:9 aspect ratio in a 5.2-inch screen form factor, giving extra work space to users. 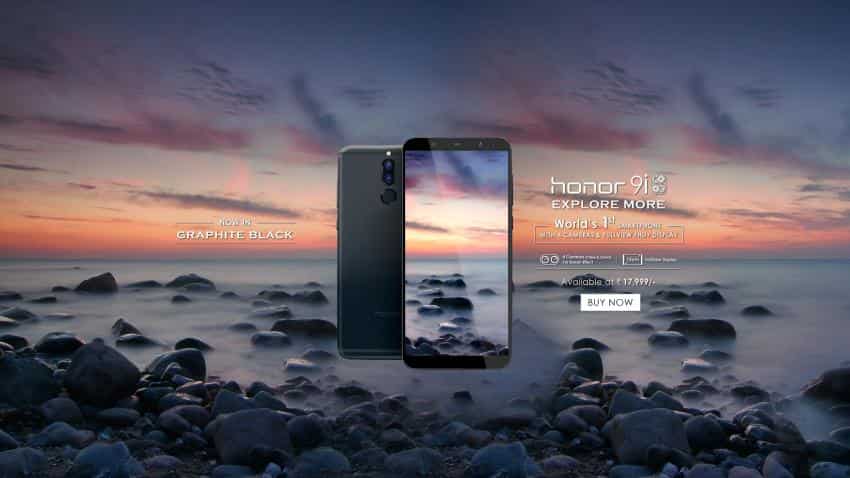 Honor 9i is the first smartphone with a four-camera system that arrived in India last year. Image source: Official website
RELATED NEWS

Honor 9i (Rs 17,999) was the first smartphone with a four-camera system that arrived in India last year. To tap into the mid-price segment with the same USP, Huawei`s sub-brand Honor has launched Honor 9 Lite, starting at Rs 10,999.

Let us see what works for the device.

Bearing a striking resemblance to the iPhone 8, Honor 9 Lite looks stunning with a plastic frame, sandwiched between 2.5D-curved glasses at the front and back.

The mirror-like glass at the back has more resistance against smudges when compared to other devices.

It comes with a 5.65-inch full-HD+, bezel-less display with an 18:9 aspect ratio in a 5.2-inch screen form factor, giving extra work space to users.

The screen is similar to the display concept by Samsung sans the curved edges that the South Korean giant has in its premium devices.

As far as the camera performance is concerned, the device offered a somewhat mixed performance. The beauty effects in selfies and portraits came out well at times.

The Beautify feature especially worked well. The face marks vanished and the skin had a soft tone to it while clicking selfies. It took a split second to process the image and the output was good too.

In the Portrait mode, available in both front and back cameras (13MP+2MP), the "bokeh" effect was excellent despite the device not being a premium smartphone.

With "bokeh", we could also point out edges which were not meant to be blurred out.

The Portrait mode did work wonders for the rear cameras and we had better final images.

The device is powered by 16nm Kirin 659 Octa-core processor that runs it smoothly. The Kirin chip delivered seamless performance.

Even with a four-camera system, we did not find any lag while working with several apps simultaneously in the background.

The user interface has had a minor facelift with new EMUI 8.0 that runs Android 8.0 Oreo. The new interface is also claimed to have Artificial Intelligence (AI) capabilities which are not available in this device at the moment.

Since Honor 9 Lite has a lighter version of EMUI 8.0, there was no impact on the overall performance.

The smartphone has a 3,000mAh battery that gave us a day-long power with moderate use, including surfing and video data consumption.

Although the camera output was good, the Beautify option did editing to an extent that the images appeared almost fake compared to the original.

The plastic chassis sandwiched between the glass is an unwelcome feature -- drop your device and it`s gone for good.

Conclusion: For Rs 10,999 (32GB variant), the device with a four-lens system works perfectly. If you are a heavy user, you can opt for the 64GB model.