Honor 20i Phantom Red review: The most underrated mid-range smartphone gets more stunning

Honor 20i review: The Honor 20i competes against some aggressively priced smartphones by other phone makers like Xiaomi, Realme, Samsung and Vivo. We spent time with the all new Honor 20i Phantom Red edition and here, we will tell you if it's worth your money or not. 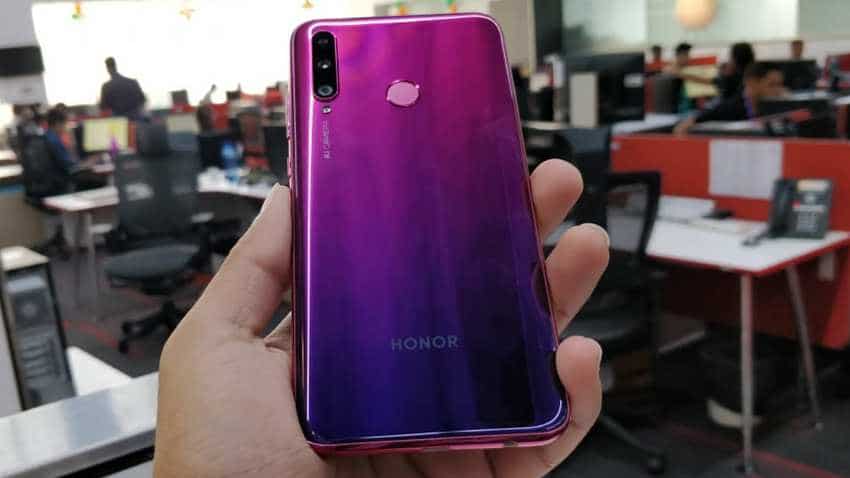 Honor 20i Phantom Red first look and review: When the Honor 20 series was launched in India this year in May, we said that it has the potential to compete against OnePlus 7 series and Oppo Reno series (Asus6Z and Redmi K20 series were yet to be unveiled). The statement applied to the two higher models in the series - Honor 20 and Honor 20 Pro - with the company also announcing a more affordable phone, the Honor 20i, which we didn't get much time to spend with back then. We also said that the only major challenge for the Chinese smartphone manufacturer could be to find a way around the US ban and retain customers' trust in the brand.

Back then, the company had confirmed that its Honor 20 series will continue to support Android and will receive security updates as well. A lot has changed since then with Huawei announcing its own operating system, HarmonyOS, that should power the upcoming Honor devices.

Also, Honor has launched the Honor 20i in a new colour variant, Phantom Red, that went on sale in India starting last week. The smartphone comes with exactly the same specs that were offered in the other two colour variants launched in May - Phantom Blue and Midnight Black. Priced at Rs 14,999 for the lone 4GB + 128GB variant, the Honor 20i competes against some aggressively priced smartphones by other phone makers like Xiaomi, Realme, Samsung and Vivo. We spent time with the all new Honor 20i Phantom Red edition and here, we will tell you if it's worth your money or not.

Honor 20i Design and Looks

I have said this before and it has to be mentioned again that design is one of the strongest points of the Honor 20 series. The Honor 20 unit that we had earlier was unbelievably compact for its screen size and the Honor 20i is no different, The phone is very sleek and easy to carry. The Phantom Red variant comes with dual finish and looks more pinkish than red. There is also a purple hue towards the bottom. The rear panel is made up of polycarbonate which gives the phone a glossy finish. The new colour variant is quite flashy and would appeal to users who like stylish devices. At the rear panel, you get the triple rear camera module which is rare in this price segment. The module is vertically aligned followed by the LED flash. Under it, you get the 'AI Camera' text which confirms that the phone comes with an AI-enabled camera (in case you forget to check that before buying!). At the centre, you get the fingerprint scanner and Honor branding is given right at the bottom of the rear panel.

The power button and volume rocker is on the right panel and for a change, there is nothing on the left panel. Honor has moved the SIM tray to the top. The 3.5mm jack, micro USB charging port and speaker are present at the bottom. Overall, the phone looks very attractive. 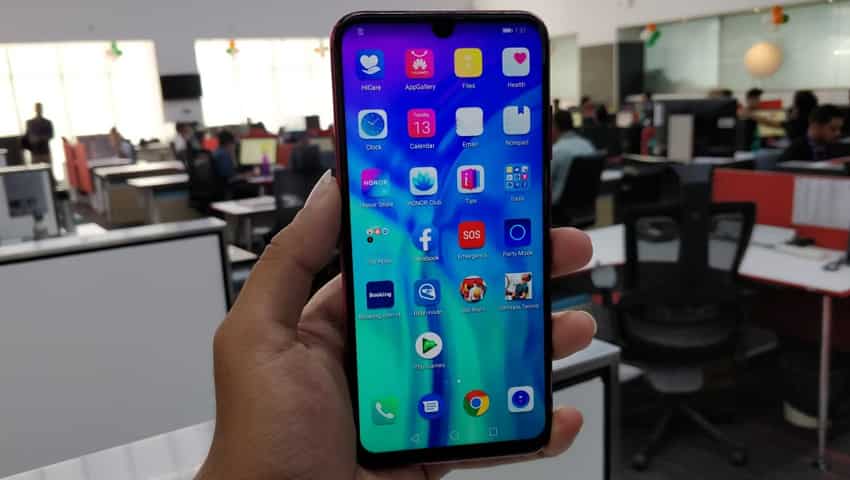 On the front, you get a 6.21-inch Full HD+ display which is near perfect size for a screen. The company has used a notch at the top to offer a better screen to body ratio. But, there is larger than desired chin at the bottom. Despite that, you should expect a decent viewing experience.

As mentioned above, the Honor 20i comes with a Full HD+ resolution which produces accurate colours. We had a good time watching videos on the phone and hardly faced any trouble. Interestingly, Honor allows you to decrease the resolution of the panel to HD+. This can help you save more battery.

The phone is powered by octa-core Kirin 710 chipset coupled with Mali-G51 GPU. The Honor 20i comes in a single configuration of 4GB RAM and 128GB storage, the latter expandable up to 512GB via microSD card. The processor delivers a good performance while multitasking and running heavy gaming titles like PUBG Mobile and Asphalt 9. It did heat up a little during long hours of gaming but there wasn't much to complain about. 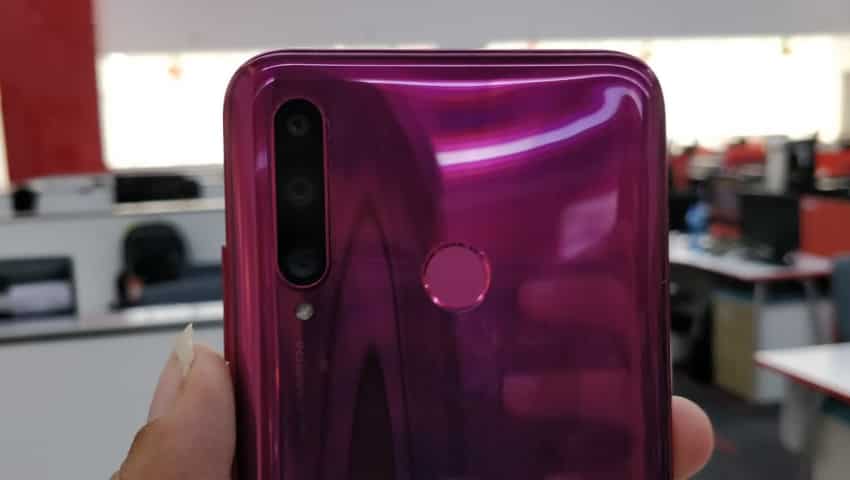 I was highly impressed by the battery life of the Honor 20 and this where the 20i lets you down a bit. The smartphone packs a 3400mAh battery which is less than what most devices offer these days. For example, you get a massive 5000 mAh battery in the Vivo Z1Pro. During medium to heavy usage, the Honor 20i battery struggles to last 24 hours on a single charge.

Also, the absence of a Type-C charger and fast charging technology is a major disappointment. The phone comes with a standard Huawei branded 10W charger and takes some time to juice up the device.

The optics are another strong point of this mid-range smartphone, especially with what you get on the front. The Honor 20i comes with a 32MP AI-enabled front camera which clicks really good selfies. It produces good colours but to get a more natural output, you should reduce the beauty level. 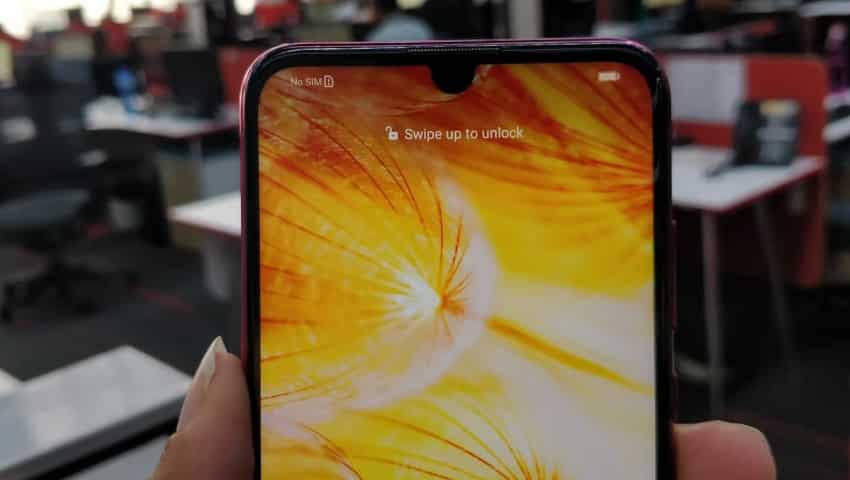 At the back, you get a triple camera setup with a 24-megapixel primary camera with f/1.8 aperture, an 8-megapixel wide-angle sensor capable of 120-degree shots, and a 2-megapixel sensor for depth sensor. The primary camera performs out of its skin, capturing high quality images with good amount of detail and accurate colour. The images were sharp in daylight. 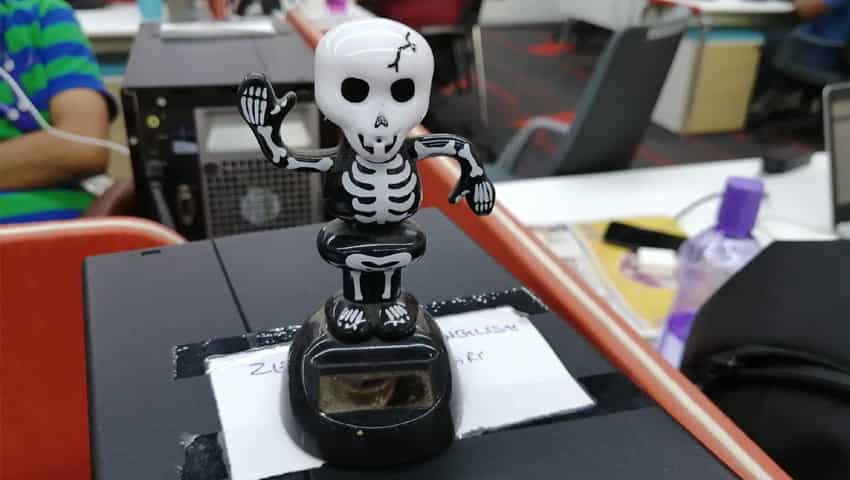 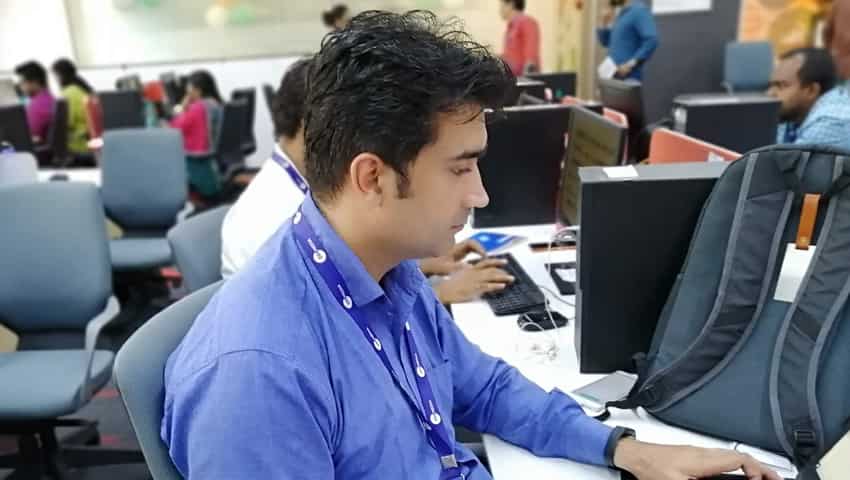 You may not get similar quality in the lowlight but here, Honor's Night Mode comes to the rescue in most cases. The camera offers you several features like AI beauty, night scene mode, portrait mode, and panorama. These can be used by you to play around with the device.

Is it worth your money?

As a tech journalist, I keep coming across queries from people, mostly asking for advice on mid-range smartphones. Usually, the choice is between Xiaomi and Realme, with most of them hesitant to bet on Honor, especially after the recent White House ban. And, for the last two months I have been shouting and screaming in a bid to convince them that the Honor 20 series is worth every penny on you spend on it. Ahh... and yes, it's not been easy.

While the Honor 20 emerged as a threat in its price segment, the Honor 20i is a complete winner in sub Rs 15,000 category. The phone offers great looks, decent performance, top quality images and is highly affordable. The battery is a bit of a let down but if you are not a heavy user, even that's not a problem. 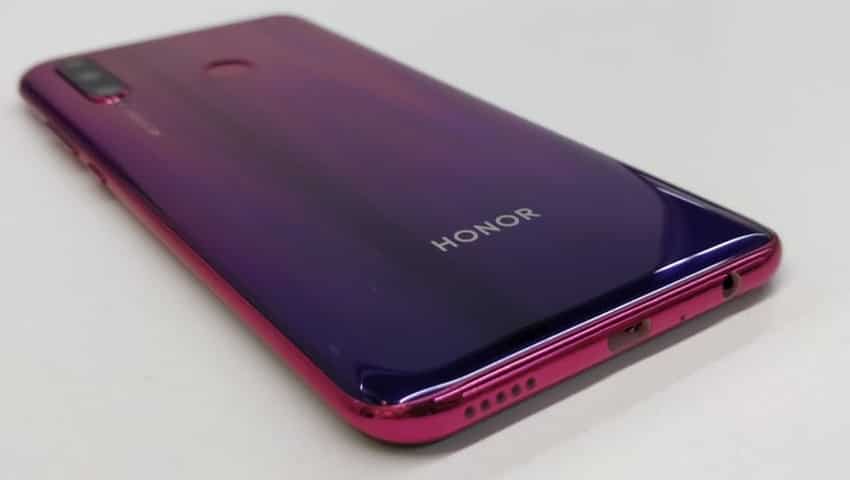 The only challenges for Honor 20i are the controversies around the brand and a highly competitive segment which has other impressive devices like the Redmi Note 7 Pro, Vivo Z1 Pro, Realme 3 Pro and the recently launched Realme X and Oppo K3, though the latter two are priced slightly more.