Honor 20 series to be launched in India on June 11; 'You Deserve Better', says smartphone maker

Huawei's sub-brand Honor is set to launch its Honor 20 series in India on June 11, exactly three weeks after the smartphones make their global debut in London and 10 days after their China launch. 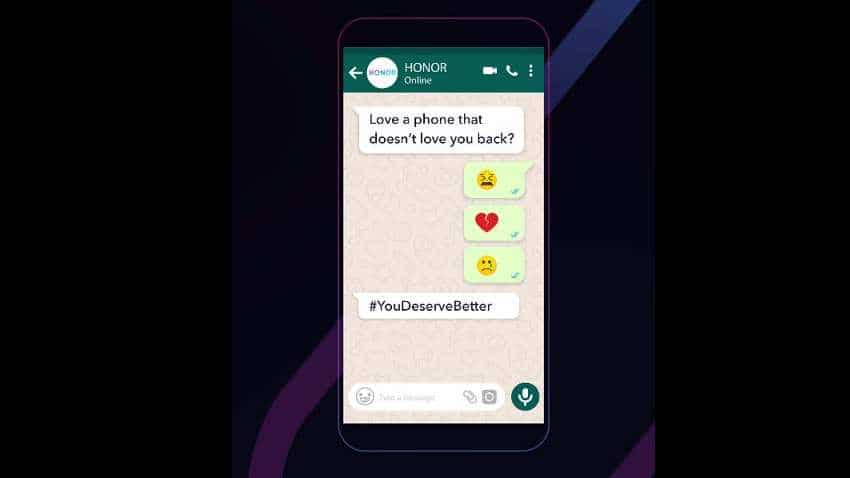 The smartphone manufacturer also took a jibe at its competitors by directly addressing buyers by adding a note that reads, "You Deserve Better."

Huawei's sub-brand Honor is set to launch its Honor 20 series in India on June 11, exactly three weeks after the smartphones make their global debut in London and 10 days after their China launch. Honor confirmed the Indian launch by sending out media invites on Wednesday. But, there was no confirmation on time and venue of the launch. "The most awaited HONOR 20 series is set to be launched in India. We request you to block your calendars for the same," Honor said in a statement. The smartphone manufacturer also took a jibe at its competitors by directly addressing buyers by adding a note that reads, "You Deserve Better."

The confirmation came a day after Honor India President Charles Peng, in a note, had sad that better is a moving target and doesn't allow one to rest on laurels. "And striving for better has yielded one of the most exciting new launches – the stunning new Honor 20 Series range of smartphones that we will be announcing shortly," Peng had said, while wishing everyone best for the exciting times.

The Honor 20 series is expected to have three smartphones and a recent poster shared by the company on its social media platforms points at a quad camera on the upcoming devices. The official poster does not reveal much about the lenses on the device. The company has already unveiled the Honor 20i based on Kirin 710 chipset in China in April. The other two smartphones that are likely to be unveiled in London are - Honor 20 and Honor 20 Pro, both expected to be powered by Huawei’s flagship Kirin 980 chipset.

Apart from this, the Honor 20 is expected to come with a 6.1-inch OLED Waterdrop screen with the sixth-generation in-display fingerprint sensor. It might get a 3,650 mAh battery with support for 22.5W fast charging. Just like other recent launches, the smartphone is likely to gave triple rear camera setup with 48MP + 20MP + 8MP sensors. On front, it can sport a 32MP camera.

The Honor 20 Pro, on the other hand, is expected to get a punch-hole display, 6.5-inches screen, with the selfie shooter placed on the top left corner of the screen. It might have a quad-cam setup at the back, assisted by AI Vision. The phone will reportedly feature the Sony IMX600 40-megapixel camera sensor and will be powered by a 4,000 mAh battery.