Almost three weeks after the Honor 20 series made its global debut, the Chinese smartphone manufacturer is set to launch it in India on Tuesday i.e. June 11. 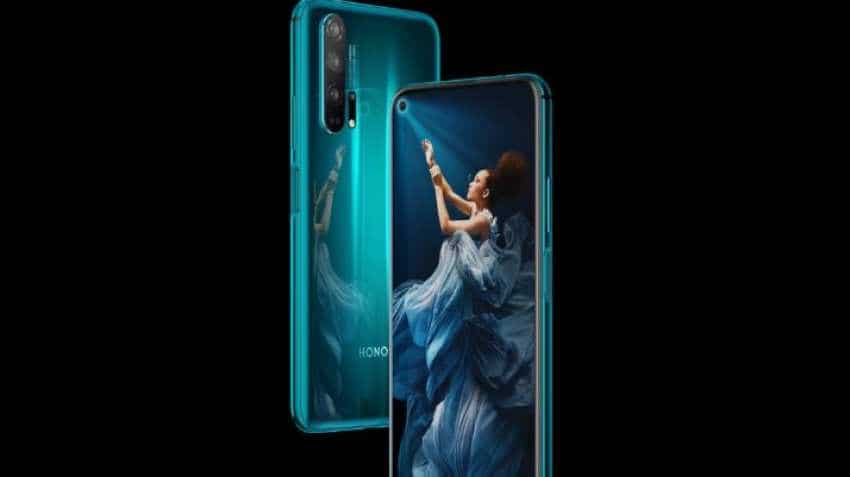 The premium Honor 20 Pro which is expected to compete with the Oneplus 7 Pro is likely to be priced around Rs 40,000 while the standard Honor 20 might cost around Rs 35,000. Image: Honor

Almost three weeks after the Honor 20 series made its global debut, the Chinese smartphone manufacturer is set to launch it in India on Tuesday i.e. June 11. The series which includes three smartphones – the Honor 20, the Honor 20 Pro and the Honor 20i – will be launched at an event in New Delhi and will go on sale on e-commerce website Flipkart.

The series is expected to take on the recently launched One Plus 7 series and the Oppo Reno series in India. In what comes as a surprise for Honor fans, the company has also confirmed that it will announce its new tablet on the same date. The tablet named Honor Pad 5 will be launched at the same event along with the smartphones.

The Honor 20, Honor 20 Pro and Honor 20i launch event will start at around 11 am in India. The live streaming of the launch will be available on Honor’s YouTube page. You can follow the live streaming here – https://www.youtube.com/watch?v=aJFCHdjSMLc.

Apart from this, you can also follow all the live updates on Honor’s social media platforms.

Honor 20 and Honor 20 Pro, Honor 20i specifications and features