Ahead of Holi, Hike messenger has introduced animated stickers with reference to colours and Bollywood. 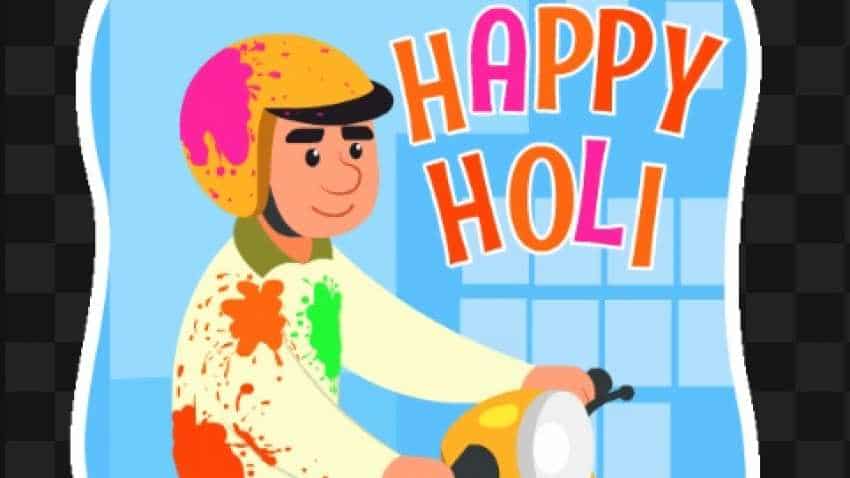 Holi offer on Railway Tickets: You can get Rs 50 off on your train ticket; here's how

Happy Holi! Get up to Rs 10,000 discount on international flight tickets, Rs 1500 on domestic fare

Holi 2019 Stickers: Ahead of Holi, Hike messenger has introduced animated stickers with reference to colours and Bollywood. Stickers have been one of the major new addition to our virtual social life, so much so that even popular messaging platforms like WhatsApp had to introduce stickers. Days before Holi-fever grips India, home-grown messaging platform Hike has announced a new series of animated stickers that will be available during the festival.

The Holi-themed stickers introduced by Hike has references to 'gujjiyas', 'gulal' to 'bhang', the company said. The stickers can be downloaded via Google Play Store and Apple App Store.

In order to download the stickers, you need to first launch he Hike Messenger App and then navigate to the sticker store available in the chat option. As per a BGR report, Hike has said that Holi stickers come packed with fun, colourful and joyous stickers, depicting the true spirit of the festival. Some of the stickers also have references to Bollywood, including Gabbar Singh's famous dialogue from the film - Sholay. There are also GIF stickers highlighting various elements of Holi such as Gujiyas, Gulal and Bhang.

In an official statement, Hike said, "Youth can express to their fullest with these amazing animated sticker packs highlighting the magic of the season. Hike makes this super simple by suggesting the right sticker at the right time."

Hike keeps on releasing occasion-specific stickers. Last month, the company had introduced Valentine's Day-themed pack of stickers. The company had then said, "The sticker packs express over a thousand shades of love through teddy bears, hearts, things couples do and many other things symbolic of love. Celebrate every day of Valentine’s week starting from the 7th by sending Hike’s romantic stickers to your bae. And since ‘Love is Love’ Hike has a special pack for the LGBTQ community as well."

Holi offer on Railway Tickets: You can get Rs 50 off on your train ticket; here's how

Happy Holi! Get up to Rs 10,000 discount on international flight tickets, Rs 1500 on domestic fare