The online shopping portal has launched a new teaser highlighting the tagline ‘GST rate cutter is here’ where it says boldly prices of TV and appliances have dropped. 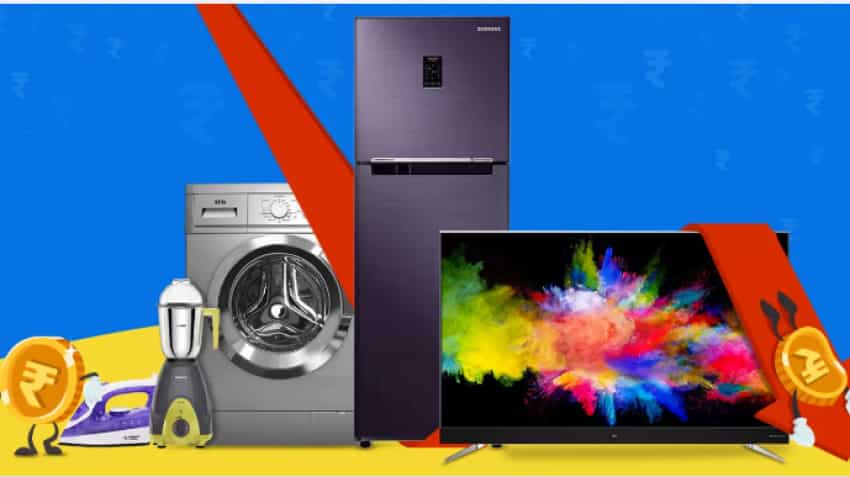 The new rates of 100 items under GST regime has become live now. The GST council last week decided to give relaxation to items right from sanitary napkins to electronic products, and had stated that the new changes will take place from July 27. The decision of the council was taken as a welcome move because it will increase consumption demand as the companies will pass on the benefit of reduced GST rate to consumers. Guess what! The benefits of new GST rates are already reflecting on Flipkart, as the e-commerce giant has slashed price of TV and other appliances like washing machines, refrigerator, etc by almost 60%. The online shopping portal has launched a new teaser highlighting the tagline ‘GST rate cutter is here’ where it says boldly prices of TV and appliances have dropped.

Under small appliances, Usha, Bajaj irons were offered at a starting price of Rs 399, while Eureka forbes vacuum cleaners had 50%, phillip, bajaj and more juice mixer or grinders had 65% off, usha phillips and more food processors had 35% and water geysers under brand of Hindware, Bajaj and more had 45% off.

In case, if you are planning to avail the benefits of GST new rates then make sure you are aware of the above mentioned deals on Flipkart in order to avail best offers.