Through this app, people who are not tech-savvy can easily use this app for group or multiple calls. Some reports, however, say that the app would soon have video calling facility also. 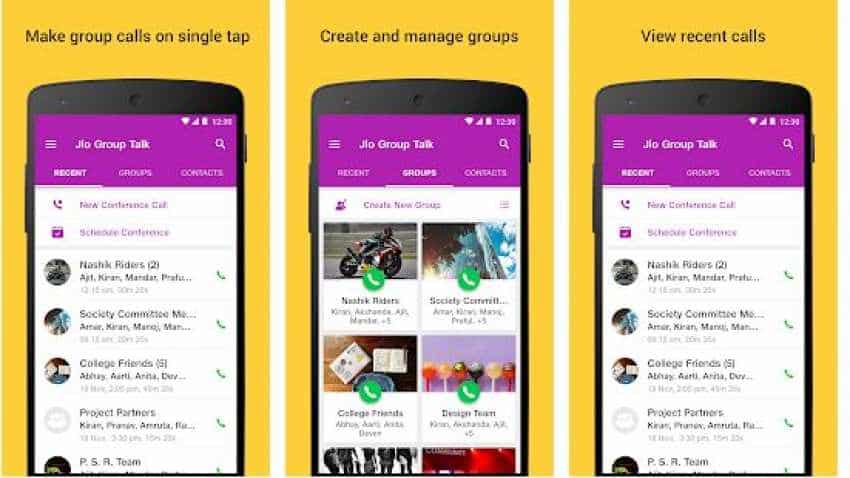 The new Jio app will depend on stable 4G network which would facilitate internet-based calling apps. Image source: play.google.com

After taking telecom industry by storm two years ago, Reliance Jio has now launched a new application, Reliance JioGroupTalk, which can be used to make group conference calls to your contacts. The app available to both Android as well iOS users will allow the users to talk in conference mode with up to 10 people at a time, according to information given on the Play Store listing.

For using the app, users need to have a Jio number to login to it. The features on offer reportedly explain that the Group Talk is likely to give a tough competition to WhatsApp and its slew of internet-based calling features.

If compared with WhatsApp, while using Group Talk you have to either create a group, add people from your contact, to make make call, or you can also select up to 10 people and go for a conference call.

Through this app, people who are not tech-savvy can easily use this app for group or multiple calls. Some reports, however, say that the app would soon have video calling facility also.

On the contrary to this simple app, WhatsApp and its Group calling feature is more polished, as it allows users to switch between video and voice calls, dependent on the network or Wi-Fi availability.

As far as calling quality is concerned, the app would be quite useful for mobile users, facing problems like network connectivity and call drops.

The new Jio app will depend on stable 4G network which would facilitate internet-based calling apps.

How to use JioGroupTalk App

Those who are want to use this app should visit Google Play store to download it. They just need to sign in using their Jio number. They will receive an OTP on their Jio number, which will be required for logging in. Notably, the application is currently under a trial period. For the app to work properly, users should have the Jio SIM in their device with the VoLTE support with a proper and stable internet connection along with calling/SMS facility.