Diwali sales on Amazon's website brings new deals on Apple iPhone 7. We give you all the details. 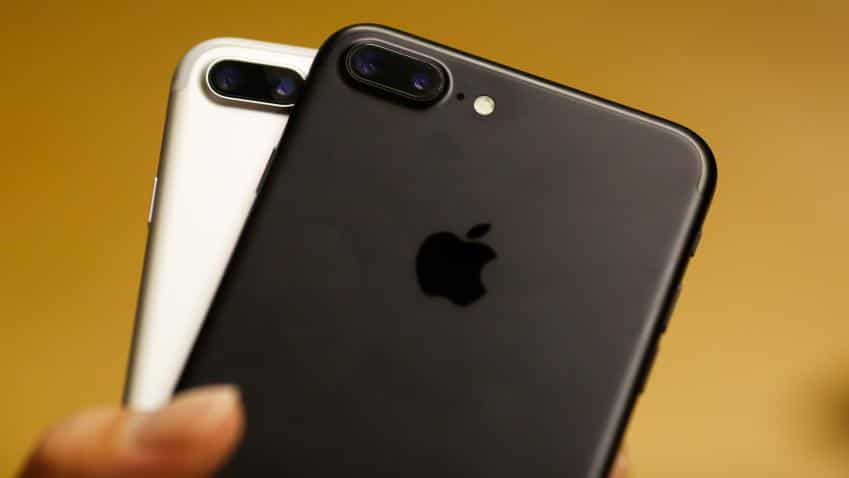 In yet another round of Diwali sales, e-commerce site – Amazon has kicked off its Great Indian Festival sale. The company is offering deals on Apple’s iPhone 7 to reel in more shoppers.

Amazon began its Great Indian Festival on Saturday October 14 and will end on October 17.

Amazon is also offering a No Cost EMI on the phone. ‘With Exchange’ the company is offering up to Rs 9,500 off on purchase of the iPhone 7.

However, this offer is available only on select smartphone brands. 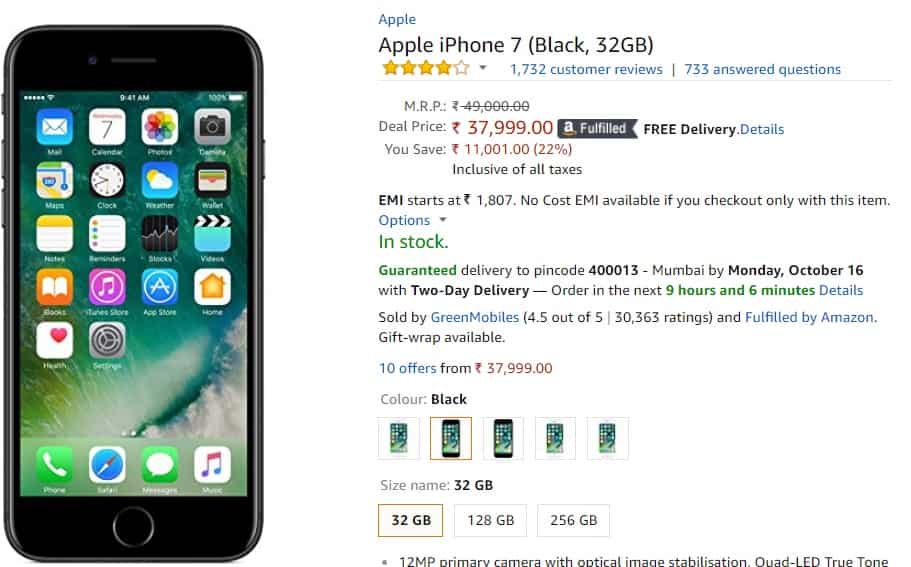 In September Amazon was selling only three colours – rose gold, gold and black variants of the phone priced at Rs 38,999.

Amazon said it will additionally offer 10% cashback on purchase with SBI cards and balance of up to Rs 500 back on payment with Amazon Pay.

After the roll out of the Goods and Services Tax (GST) Apple had reduced the price of its iPhone 7 to Rs 56,200.

E-commerce websites have been offering deals on the iPhones ever since.

Flipkart on the other hand has not changed the price of the iPhone 7 during its Big Diwali Sale. It was offering it for Rs 38,999 which remains unchanged.

Flipkart said it will give customers up to Rs 17,300 off on ‘Buy with Exchange’ however to avail the full benefit customers will have to turn in more recently released phones like the Google Pixel XL.

Flipkart’s Big Diwali sale will end on the same day as Amazon’s sale on October 17.