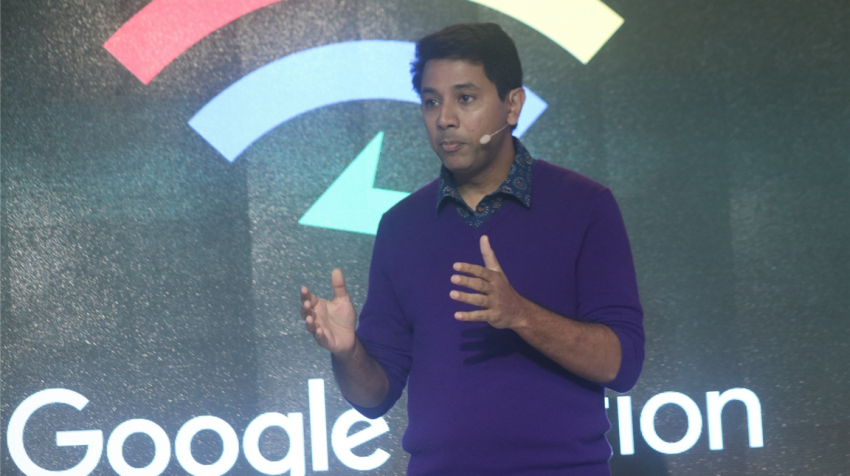 Firming up its commitment to connect the next billion Indians by focusing on entry-level smartphones, Google on Tuesday announced several India-first products and features, some of which will be rolled out in other countries soon.

Currently, there are nearly 400 million internet users in India, along with over 300 million smartphone users and about 650 million mobile phone users.

"On average, a connected mobile Internet user in India today is consuming over 4GB of data per month. At the current growth rate and given the connectivity environment, we expect this number to reach 11GB per user per month in the next four years and Google is here to help connect all," Rajan Anandan, Vice President, South East Asia and India at Google, said at the company`s third annual "Google for India" event here.

"There are 230 million Indian language users online on Google today and 170 million of them are using our messaging service. Yet, we have over 900 million Indians who aren`t connected to Internet. Our mission is connectivity for every Indian. We`ll stay focused until every single Indian is connected," Anandan said.

At the event, Google announced Android Oreo (Go edition) that will be available for entry-level smartphones, for which India is a huge market.

"Oreo devices with 512MB to 1GB of RAM will get all the optimisations that come with Android Oreo (Go edition), including a better performing OS with built-in data management features and security benefits," said Caesar Sengupta, Vice President, Next Billion Users Team at Google.

To help bikers find the most suitable route in India, Google has incorporated navigation routes for two-wheelers with Voice Assistant capabilities in its Maps feature.

"India is the world`s largest two-wheeler market and the navigation needs of these millions of riders are different from automobile drivers. Two-wheeler mode in Maps gives routes that use shortcuts not accessible to cars. It also provides customized traffic and arrival time estimations," said Martha Welsh, Director, Google Maps.

In a move to empower feature phone users in the country, Google announced to bring its Voice Assistant on Reliance JioPhone.

"For the first time ever globally, the Google Assistant will be available on a feature phone. Whether in entry-level smartphones or JioPhones, the Google Assistant can help you call, text, play music and videos, and access other apps," said Gummi Hafsteinsson, Product Management Director at Google.

Google Go is light on storage and data and works efficiently on patchy connections. "It`s less than 5MB to download, and search results in Google Go are optimized to save up to 40 per cent data," Sengupta added.

"More than 70 billers will be supported, including utilities and direct-to-home service providers, on Tez," Sengupta told reporters here.

"Tez" will support bill payments for Tata Power, MTNL, DishTV, CPDCL and other utility providers that will include national and state electricity providers, water, DTH and gas recharges.

"Tez" has processed over 140 million transactions from nearly 12 million active users. There are more than 525,000 merchants already on the Google mobile payment app.