Google has made an entry now into the laptop space, wireless earbuds and camera space. 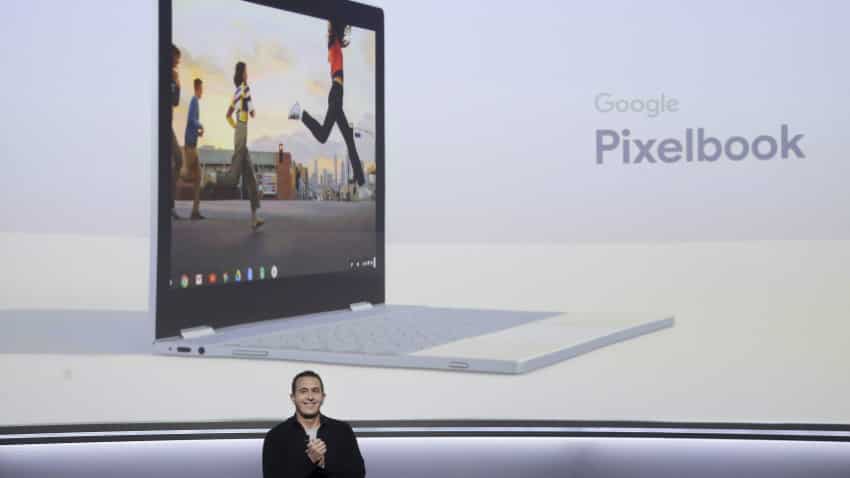 Google on Thursday launched the Pixel 2 and Pixel 2 XL smartphones, which will take on the premium segment smartphones such as the recently launched Apple iPhone X, iPhone 8 and iPhone 8 Plus, and Samsung Galaxy Note 8, Galaxy S8 and Galaxy S8 Plus.

While that was the highlight of the Google event last night, there were some other new hardware and innovation that Google showcased. This includes a new voice-enabled home speaker, a Pixelbook laptop and a small GoPro-like camera.

This is a new for Google, which has been top of the operating system and software business, but is now looking to make a larger entry into the hardware business.

For instance, Google has made an entry now into the laptop space, wireless earbuds and camera space which it was not present earlier. It also launched a new version of its Daydream VR headset.

Even in the voice-enabled speaker it seems to making more efforts to take on players such as Amazon and Apple, which also have the same product.

This shows that this is beyond just an one off thing for Google and it is seriously looking at taking on various hardware players in the market.

The Pixelbook is a 13.2 inch screen, thin laptop that is convertible into a tablet. It has a 16GB RAM and 10 hours of battery life. If there is no wi-fi it instantly connects to your phone. It also has Google Assistant built-in.

The Pixelbook is available in 3 configurations and comes at a starting price of $999, with an extra $99 for a pen or stylus with it.

To compete with Apple AirBuds, Google has moved quickly to launch its own wireless headphones called Google Pixel Buds designed to work and pair easily with the Pixel smartphone.

Pixel Buds has built in Google AI that enables the user to speak to the headset in one language and the phone can translate in another language.

Besides this, is the small GoPro type camera called Google Clips which it launched. It is a small, clippable or wearable camera that could well give tough competition to the action camera maker GoPro. It comes with Google AI that can make the images batter and is available for $249.

The reason became more clear when Google said that it is buying part of HTC's smartphone team for $1.1 billion a month ago.

Google's hardware head Rick Osterloh speaking about the acquisition said that while the team had earlier working closely with them to create the Pixel smartphone, and they are excited to see what they can do together as one team.

After conquering the mobile operating system ecosystem, search engine space and video space, it seems that Google has set its sights on the hardware business.