Google Pixel 4, Pixel 4 XL price LEAKED! Here is how much it may cost in India

Google Pixel 4, Pixel 4 XL price has been leaked ahead of its October 15 launch! The smartphones will cost you between Rs 56,000 and Rs 72,500 in the Indian market, as per the revelations. 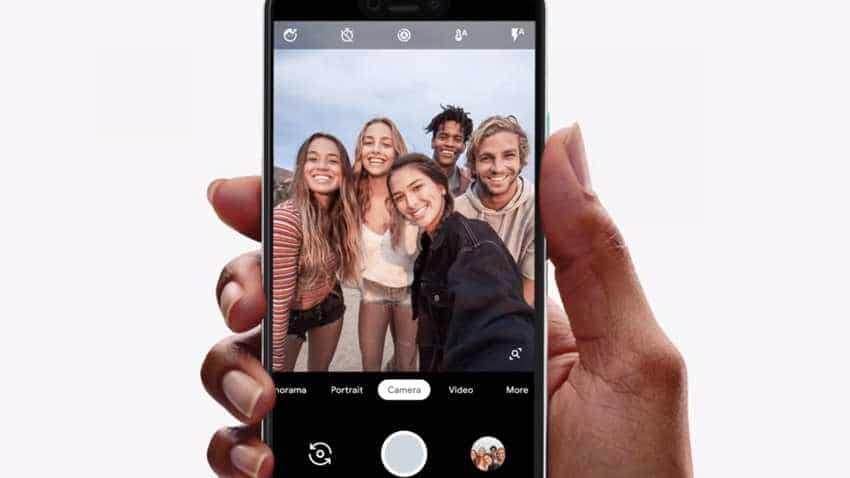 Google Pixel 4, Pixel 4 XL price has been leaked ahead of its October 15 launch! The smartphones will cost you between Rs 56,000 and Rs 72,500 in the Indian market, as per the revelations. The latest flagship smartphones from the tech giant are expected to come with Qualcomm Snapdragon 855 chipset, coupled with 6GB RAM and dual rear cameras consisting of a 12-megapixel main sensor and a 16-megapixel telephoto camera. They are also set to introduce a new Motion Sense Mode that allows you to control the device without touching it. The new feature will work on as many as nine apps for now.

Apart from the Motion Sense Mode, the devices also come with 'Live Caption' feature that transcribes audio into subtitles and puts them on the screen. The smaller Pixel 4 would likely sport a 5.7-inch 90Hz 1080p+ OLED display and a 2,800mAh battery while the Pixel 4 XL is expected to boast a 6.3 inch 90Hz 1440p+ OLED panel and 3,700mAh battery.

Google is reportedly going to launch a brand new version of its Pixel Buds earphones "Pixel Buds 2" on October 15 at the Made by Google 2019 event. The earphones are expected to come with support for Google Assistant, similar to the original model, allowing users to play and control music, get directions or make a phone call using voice commands.

The US-based search giant is also expected to announce the Nest-branded successor to the Google Home Mini, a new Nest Wi-Fi, and the Pixelbook Go.