As IT tech giant, Google gears up to launch its new Pixel phones online leaks have revealed a few specifications. Here's what they are. 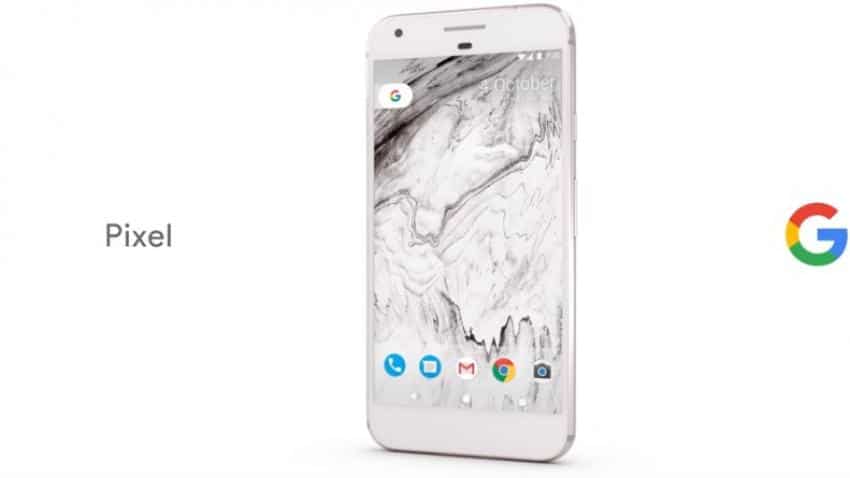 The Pixel 2 is expected to be manufactured by HTC while the 2 XL may be an LG make. An image of the old Google Pixel released last year. Image Source: Official website
Written By: ZeeBiz WebTeam
RELATED NEWS

The next generation of Google Pixel smartphones will be unveiled today at 9:30 pm IST (9:00 am PT). Like most top notch smartphone launches in this year Google's much awaited Pixel 2 and 2 XL were also leaked on social media.

The specifications and images of the anticipated Pixel 2 and 2 XL were revealed by Evan Blass.

These are the Google Pixel 2 and Pixel 2 XL https://t.co/cXCs560jNH pic.twitter.com/f3P47aeZ2I

The Pixel 2 is expected to be manufactured by HTC while the 2 XL may be an LG make. The leaked images have now confirmed that the new Pixel 2 XL will follow the lead of 18:9 aspect ratio displays and the Pixel 2 will have 16:9 aspect ratio, a report by Gadgets 260 said.

Google has reportedly revamped its smartphones’ home screens and rear panel. The back panel may now have a glass at the top painted in solid colours.

Three colour combinations are speculated for the phones – black for the top and white for the bottom part. The phones may also come in blue and black variants.

The phones are speculated to be powered by Snapdragon 835.

Google's phones are expected to be available for sale in India before Diwali which is this month.