Built for native Hindi-speakers, the Bolo app will help children improve their Hindi and English reading skills by encouraging them to read aloud. 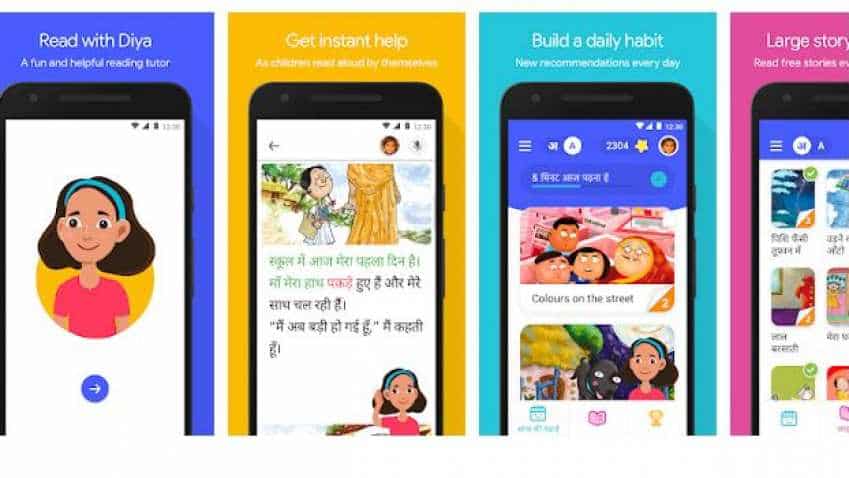 To entice the children to use this app, Google has added in-app rewards and badges to Bolo and word games. Image source: play.google.com
Written By: ZeeBiz WebTeam
RELATED NEWS

Looking at plight of school system in rural areas of most Indian states where poor and financially backward families are dependent on the government backed schools, Google has come out with a smart solution to make a change with the use of smartphones, which have increasingly become a common sight in rural areas. The company has unveiled Bolo Android app to facilitate rural kids who are devoid of having access to a good education support system. The app, which is a speech-based reading-tutor app to assist such kids, was released on Wednesday in India first. The Bolo app is now available for free via Google Play and can work offline.

Built for native Hindi-speakers, the Bolo app will help children improve their Hindi and English reading skills by encouraging them to read aloud. The app also comes with a large number of engaging stories, which the company stated will help the children in improving their comprehension skills. It has been designed to make sure that children don't need any help in using it, and can read all by themselves.

Google has stated that all the reading material on the app is free and it is working with other companies to bring more content to the app, which relies on Google's speech recognition and text-to-speech technology. To entice the children to use this app, Google has added in-app rewards and badges to Bolo and word games.

Google statement said, “We believe technology has the power to help transform teaching and learning, and have been actively directing our products, programs and philanthropy to ensure that all students are able to benefit from it.”

An animated digital assistant called Diya will help children to read the text out loud and even explain the meaning of English text, said Google, adding that Diya can speak English as well as Hindi, and will encourage the kids by giving them compliments when they finish a task.

Google informed that Bolo app is still in beta and the firm will be working with its partners like Kaivalya, Room to Read, Saajha, and Pratham to refine it and take the app to more children. The search giant has already carried out a controlled pilot for three months in 200 villages of Unnao district in Uttar Pradesh, stating that the initial results have been encouraging.

In a blog post, Google said, “With the help of ASER Centre, we have been piloting Bolo across 200 villages in Uttar Pradesh, India, over the past few months,” adding “Early results are very encouraging, and we found that 64 percent of children showed an improvement in reading proficiency in just 3 months.”