South Korean tech giant Samsung has announced the launch of its new entry-level mobile Galaxy M02. Samsung Galaxy M02 is available at a starting introductory price of Rs 6,799 for the 2GB RAM variant. 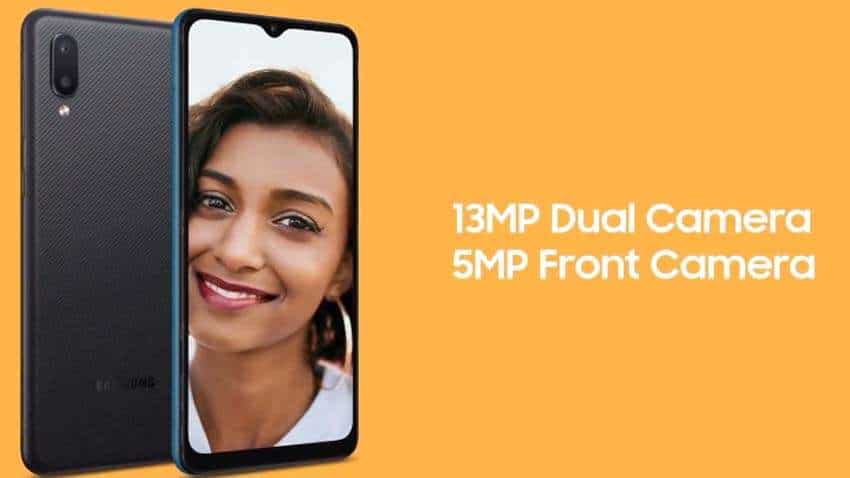 The smartphone goes official on Amazon.in and will be available on the e-commerce website, Samsung online store, among others starting February 9, 2021. The Samsung Galaxy M02 will be available in four colors -- Black, Grey, Blue and Red.

The newly launched Samsung Galaxy M02 comes packed with a 6.5 inches HD+ Infinity V display that offers a “cinema like viewing experience”.  The smartphone is powered by an unnamed MediaTek processor paired with up to 3GB RAM and 32GB storage. This one comes with expandable storage of up to 1TB, the bgr.in reported.

Camera: The Samsung Galaxy M02 is equipped with a primary 13MP sensor paired with a 2MP image sensor at the rear panel. On the front, the device house a 5MP selfie shooter.  The Galaxy M02 also runs on Android 10 based on One UI out-of-the-box.

One of the key specifications of this entry level Samsung phone is the battery. The smartphone is powered with a huge 5000mAh battery.

Meanwhile, the Chinese handset maker Poco also announced the launch of Poco M3 in India on this Tuesday (today). Priced at Rs 10,999, Poco M3 will be available in the country starting February 9 on Flipkart.com. The smartphone will be available with additional Rs 1,000 off for ICICI Bank users