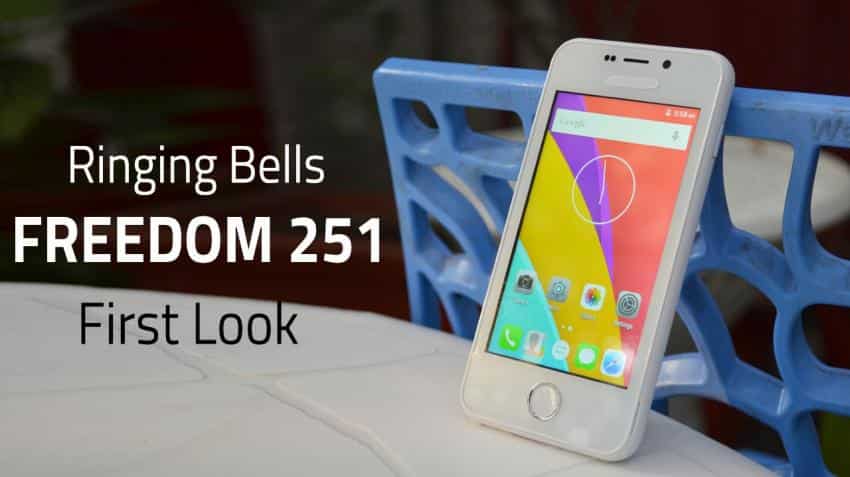 Announcing that the most-awaited "Freedom 251" smartphone priced at less than $4 will go out for delivery from Friday, Noida-based Ringing Bells Pvt Ltd on Thursday said that the company is expecting to make loss in the range of Rs 180-270 per piece.

According to the Ringing Bells Pvt Ltd CEO, Mohit Goel said that, initially the company faced Rs 930 loss on each `Freedom 251` handset that cost him Rs 1,180 and for which parts were imported from Taiwan.

"I recovered Rs 700-800 from app developers and revenue generated through advertisements on Freedom 251 website. After selling the device for Rs 251 (cash on delivery), the total loss per handset is expected to be in the range of Rs 180-270," Goel told IANS in an interview on the eve of the launch.

"We are focused manufacturers who keep in mind a tight perspective on Bill of Material (BOM), value engineering, productivity, cost of sales and economy of sales, etc. while deciding the prices of our products. It is for this reason that we have been able to pull out stunning deals for our customers and we will keep doing so," Goel, told reporters here.

King and Boss feature phones come with 2.4-inch TFT display, 2MP primary camera. The devices support up to 32GB of expandable memory via microSD card. While King has a 1,800mAh battery, Boss is backed by 2,000mAh battery.

The specifications for Raja are the same as King, except it sports a larger 2.8-inch TFT display. Hit comes with 1.8-inch display, 2MP primary camera, 1,250mAh battery.

The company said it has tied up with RV solutions Pvt Ltd for the distribution of the devices. The delivery of LED TVs will start from August 15.

"For distribution of the products, we will be utilising online and offline channels. For offline, we have an extensive network of distributors and retailers gridding our phase 1 target geography," Goel added.

"In order to digitally-empower every Indian, if I can get government support under the Digital India programme, I can ensure timely delivery of `Freedom 251` phone to all citizens at the same price," Goel said.