Xiaomi is set to take on Samsung and Huwaei, among other brands, by launching its very own foldable smartphone soon. And, the price is expected to be lower than what other brands have announced so far. 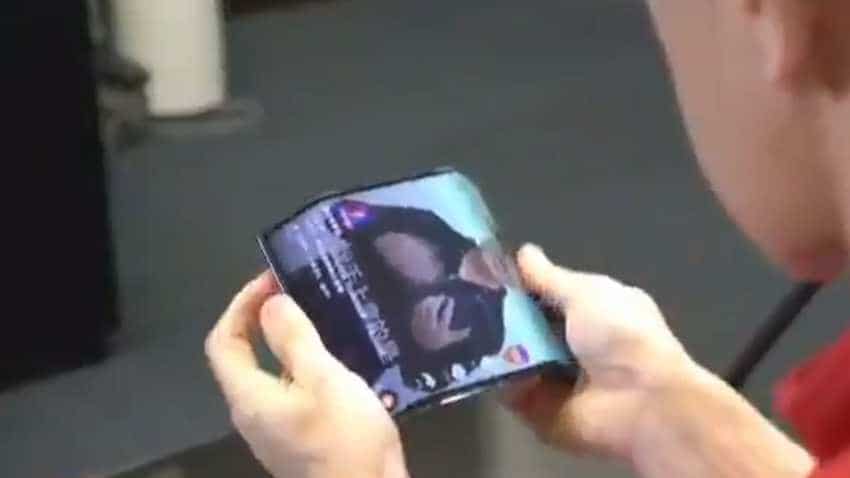 Even though Xiaomi is yet to reveal anything about its foldable smartphone, Sharma said the company is watching the development closely. Source - Twitter video screenshot.
Written By: Manas Tiwari
RELATED NEWS

Xiaomi is set to take on Samsung and Huwaei, among other brands, by launching its very own foldable smartphone soon. And, the price is expected to be lower than what other brands have announced so far. Anuj Sharma, Head of Marketing, Xiaomi India told Zee Business Online that the Chinese smartphone manufacturer ends up disrupting most things it get into. He added that Xiaomi would price its foldable smartphone honestly. But, Sharma has no complaints from other brands who have broken the ceiling with the prices as he believes one has to always pay extra for early access.

"In all new technologies, the early adoptors end up facing the brunt or end up paying more to get the early access. And, that is fine. In Xiaomi, of course, we end up disrupting most of the things we get into. For example, most of the flagships are still considering if they should use 48MP Sony IMX586 sensor but we have gone ahead and put it into our smartphones," Sharma told Zee Business Online in an exclusive conversation.

"Our philosophy will still be the same. I don't know what price we would land up at, but it would be an honest price," he added.

Last month, Samsung became the first smartphone brand to unveil its foldable smartphone - Galaxy Fold, days before Huwaei announced its Mate X. While the technology itself is amazing, it was the price that made a few jaws drop. Samsung Galaxy Fold is priced at $1,980 (approx. Rs 1,40,000) while the Mate X comes with an astronomical price tag of $2,600 (approx. Rs 1,82,000).

Check out this special video from #Xiaomi President and Co-founder Bin Lin, showing off a very special phone prototype...

What does everyone think we should name this phone? #InnovationForEveryone pic.twitter.com/1lFj3nM7tD

Even though Xiaomi is yet to reveal anything about its foldable smartphone, Sharma said the company is watching the development closely.

"Foldable device is an interesting space. Not so sure if it is consumer ready yet. For most of us, what we have seen is a prototype. In fact, one of our founders, Bin also showed our vision of the foldable device. Once the technology matures, it will be rolled out," he said. Asked whether the phone could be introduced before the end of the year, Sharma said it depends on a lot of other factors.

The company is also closely watching the 5G space and has recently introduced its first 5G device - Mi Mix 5G. "We are closely watching the space in 5G. In fact, we have just announced Mi Mix 5G in Barcelona. We are working very closely with telecom operators in India and when they are ready, we sure will be," he said.

"Any new technology is of interest to Xiaomi. Back in 2014, when 4G was only in two cities in India, we had launched Redmi Note 4G and that was one of the first few devices that had two-band fourty availability. We believe that acted as a catalyst as a lot of consumers started opting for the 4G technology. And, because of that technology adoption, other cities also started getting that infrastructure," Anuj said.