In an exclusive conversation with Zee Business Online on the sidelines of Realme X2 Pro launch in New Delhi, Madhav Sheth said that he keeps checking on devices from other smartphone manufacturers to ensure that Realme products are better. 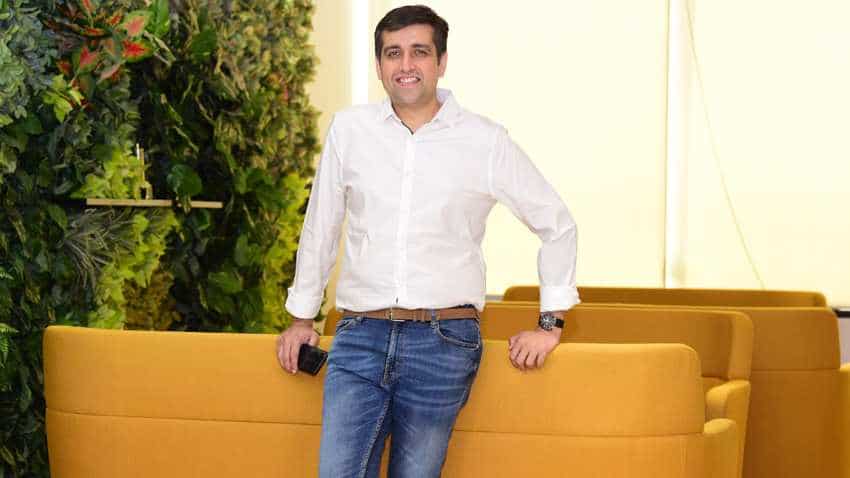 As Realme was gearing up for its biggest launch, its India CEO Madhav Sheth went on to make several headlines, as he ended up tweeting using an Apple iPhone. In an exclusive conversation with Zee Business Online on the sidelines of Realme X2 Pro launch in New Delhi, Sheth said that he keeps checking on devices from other smartphone manufacturers to ensure that Realme products are better. "I have always been fair to my users. I use almost all the smartphones. If I want to show that my charging technology is better than other flagship smartphones, I will have to use them. But, from the day I have joined Realme, I have not used any other smartphone and I can vouch for it," Sheth said.

"People have seen me, users have seen me. They have even clicked pictures and I was always using a Realme smartphone," Madhav said, while adding that it is important to check on competition to deliver a better experience. "The point is I always check competition and see what they are offering so that I can deliver something better. Until and unless I check what they are offering, how can I stand on stage and say I am giving something better," he said.

Hours after Madhav's initial tweet led to several memes on social media platforms, the Realme boss had posted an image of himself with smartphones of several brands saying that he was testing flagship smartphones from competitors over the last few days.

Speaking about Realme X2 Pro, Sheth said that the smartphone manufacturer doesn't look at the pricing and wants to make best products. He said that in India, people often associate flagship level smartphones with their higher pricing. Instead, they should look at what that smartphone is offering, the Realme CEO added.

"Realme never considers the pricing of a smartphone. We always want to come up with best smartphones at every price point. In India, we have noticed that people judge a flagship based on its price. I believe people should look at the performance of a smartphone. With Realme X2 Pro, we are offering 50W VOOC fast charging for the first time in India along with a new UI, Snapdragon 855 Plus processor. This is what makes the X2 Pro a flagship," Madhav said.