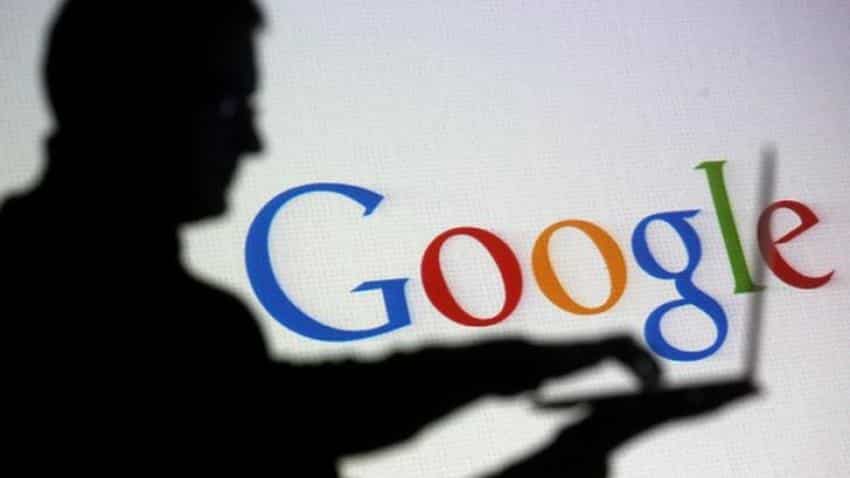 People pose with laptops in front of projection of Google logo in this picture illustration. Image Source: Reuters
Written By: Reuters
RELATED NEWS

EU antitrust regulators hit Google with a record 2.4-billion-euro ($2.7 billion) fine for favouring its own shopping service, taking a tough line in the first of three probes of its dominance in searches and smartphone operating systems.

It is the biggest fine the European Commission has ever imposed on a single company in an antitrust case, exceeding a 1.06-billion-euro sanction handed down against U.S. chipmaker Intel in 2009 and goes far beyond what U.S. regulators have ever fined a tech company.

"Google`s strategy for its comparison shopping service wasn`t just about attracting customers. It wasn`t just about making its product better than those of its rivals. Instead, Google has abused its market dominance as a search engine," she told a news conference.

The fine will be easy for the world`s biggest search engine to absorb, but Google must now move fast to satisfy Vestager`s concerns while limiting the longer-term hit to its highly lucrative search business. It also leaves other tech companies wondering how far Vestager may go to force U.S. tech giants to concede more ground to smaller competitors.

Vestager has become one of the world’s most combative antitrust regulators with powers to impose multi-billion dollar fines and force companies to make radical changes to their businesses.

The decision is the first of a series of competition rulings that Google faces from the European Commission, which has not shrunk from taking on U.S. tech giants such as Alphabet, which has annual revenues of $90 billion and a market value of $665 billion.

The Commission has also charged Google with using its Android mobile operating system to crush rivals, a case that could potentially be the most damaging for the company, as it is the system used in most smartphones.

The company has also been accused of blocking rivals in online search advertising.

The Commission found that Google, with a market share in searches of over 90 percent in most European countries, had systematically given prominent placement in searches to its own comparison shopping service and demoted those of rivals in search results.

Vestager said in a statement that Google had "denied other companies the chance to compete on the merits and to innovate. And most importantly, it denied European consumers a genuine choice of services and the full benefits of innovation."

Google said its data showed people preferred links taking them directly to products they want and not to websites where they have to repeat their search.

"We respectfully disagree with the conclusions announced today. We will review the Commission`s decision in detail as we consider an appeal, and we look forward to continuing to make our case," Kent Walker, Google`s general counsel, said in a statement.

Alphabet, whose shares were down about 1 percent, said in a separate statement it would review the Commission`s formal decision but expected to accrue the fine in the second quarter.

The biggest risk to Google is not the fine but the changes demanded to its business, said Richard Windsor, an independent financial analyst who tracks competition among the biggest U.S. and Asian internet and mobile companies.

Google will have to brief the Commission on what measures it plans to take within 60 days of the decision and present periodic reports. Eight complainants were involved in the case which the EU declined to name in line with its policy.

According to Windsor`s calculations, the 2.42-billion-euro fine represents just 22.6 days of the operating cash flow that Alphabet reported in its latest quarter.

"What has the potential to hurt Google and be far more damaging is what remedies the European Commission may or may not impose on Google as a result," Windsor said. "That`s where the real damage could be done."

The fine, equivalent to 3 percent of Alphabet`s revenue, is the biggest regulatory setback for Google, which settled with U.S. enforcers in 2013 without a penalty after agreeing to change some of its search practices.

News Corp said it applauded "the European Commission`s leadership in confronting the discriminatory behavior of Google in the comparison shopping industry."

"We strongly believe that the abuse of algorithms by dominant digital platforms should be of concern to every country and company seeking a fair, competitive and creative society," it said in a statement, accusing Google of profiting from "commodifying content and enabling the proliferation of flawed and fake news."

The penalty payment for failure to comply would amount to around $12 million a day based on Alphabet`s 2016 turnover of $90.3 billion.

"This decision is a game-changer. The Commission confirmed that consumers do not see what is most relevant for them on the world’s most used search engine but rather what is best for Google," said Monique Goyens, director general of EU consumer group BEUC.

Explainer: What happens if the U.S. election is contested?