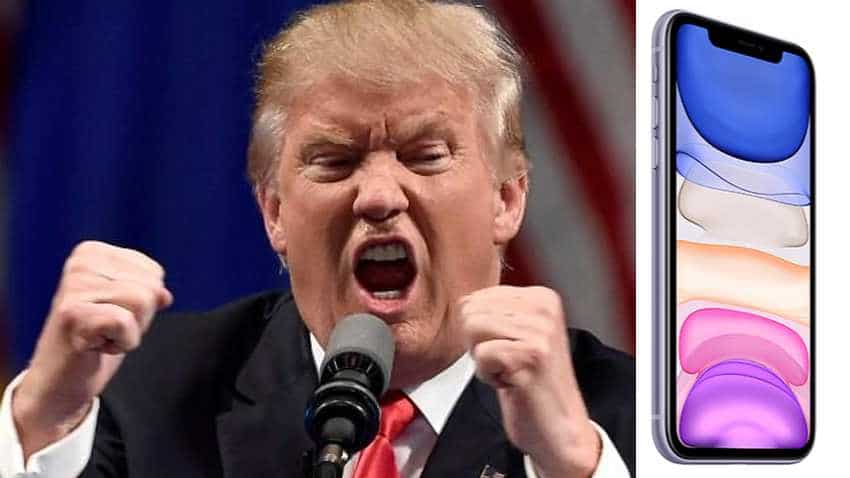 In his tweet, Trump wrote: "To Tim: The Button on the iPhone was FAR better than the Swipe!."

US president slammed Cook over Apple's decision in 2017 to ditch the physical home button on the front of new models of iPhone.

The home button was removed in favour of swipe controls in the iPhone X.

The iPhone XS, as well as the new iPhone 11 series, don't include any models with a home button.

To Tim: The Button on the IPhone was FAR better than the Swipe!

"To Donald: Actually bringing home the troops is FAR better than your pretending to bring them home," a Twitter user replied on his post.

"To Donald: Obama was FAR better!," another tweet read.

A women with username @ChatByCC tweeted from her account: "LOL! It's great to see the most powerful man in the world take a nibble out of the Apple."

In March, Trump had addressed Cook as "Tim Apple", generating a lot of funny reactions on social media.

The Apple CEO later changed his Twitter name to "Tim Apple" -- replacing his surname with the company logo, which went viral on social media.