Do you have a feature phone? Beware! This terrible fate awaits!

The swift uptake of 4G mobile services in India might push 2G mobile handsets out of business in the next two to three years. Out of a total of over 1 billion users, only 400 million own smartphones, i.e. hooked onto high-speed internet. 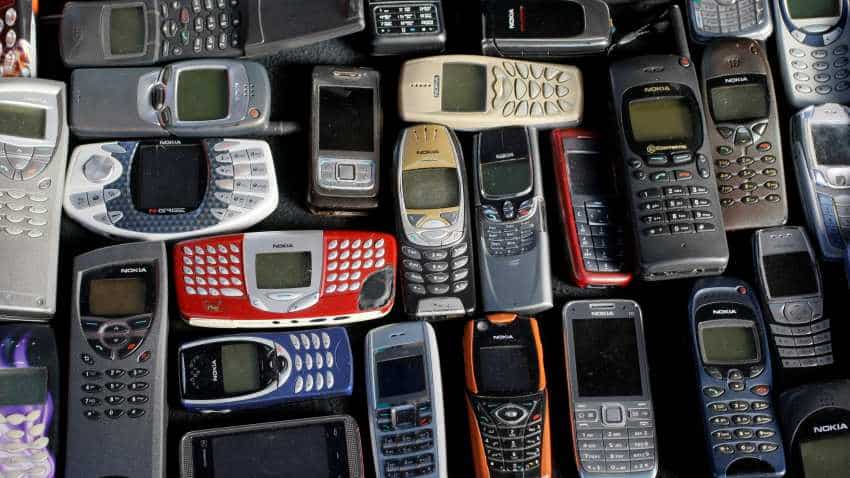 2G phones saw a decline of 13 % and now account for 61% of the total handset market. Image courtesy: Reuters

New Delhi: The swift uptake of 4G mobile services in India might push 2G mobile handsets out of business in the next two to three years. Out of a total of over 1 billion users, only 400 million own smartphones, i.e. hooked onto high-speed internet. The number of internet users has been growing at a fast pace, as access to data services and 4G enabled handsets became affordable with the entry of new player Reliance Jio.

The remaining 800 million users are still on 2G feature phones, which offer only basic voice and SMS facilities. During January-August period, the 4G-enabled feature phones captured 39% of the overall feature phone market, registering a whopping growth of 5,959% (owing to a low base in the previous year) compared to the same period in previous year, according to data from Counterpoint Research.

In the same period, 2G phones saw a decline of 13 % and now account for 61% of the total handset market. Prabhu Ram, an analyst with Cyber Media Group, says, “The 2G pie is decreasing and expected to decline gradually over the next two-three years.”

The growth in number of internet users was also bolstered by the launch of Jio Phone, a 4G-enabled feature phone at low cost. Reliance’s Jio phone is driving 99% of the 4G feature phone market and rest of the market is distributed amongst Lava, Micromax and Intex, Karn Chauhan, an analyst from Counterpoint Research said.

Jio phone is winning the customers with its attractive offerings in prepaid as well as in postpaid channels which provide free calling and the cheapest data packs to users. To get onboard more customers, JioPhone has also strengthened its operating system (KaiOS) with the addition of popular apps such as Facebook, YouTube and WhatsApp, he said.

Airtel has recently announced a cashback of Rs 2,000 for upgrading to a 4G new smartphone. It has tie-ups with many handset manufacturers for offering 4G phones across varied price range but does not plan to venture into 4G feature phones as the focus is on high average revenue per user (Arpu), according to people aware of the development.

It is pertinent to mention here that all 2G users are low ARPU users. Jio phone is highly subsidised, according to many experts, and no other handset maker is willing to go high scale with 4G feature phone because of the economies of scale.

The current market conditions make it difficult for mobile handset brands to venture into 4G feature phones, except a few, like HMD and Lava. To counter the pricing of Jio phones, mobile handset brands require economies of scale with adequate support from telecom service providers which is not the case currently, Ram said.

Currently, the only silver lining is increased data usage following the onset of 4G services, resulting in telecom players expanding their 4G coverage.

Airtel partners with Karbonn to launch A1 Indian, A41 Power for under Rs 2,000