During the first half of 2016, the camera division contributed about 44 per cent to total revenue for Canon India. "Geographically speaking, the southern region has been the major contributor for revenue escalation, with a 32 per cent contribution," Kobayashi added. 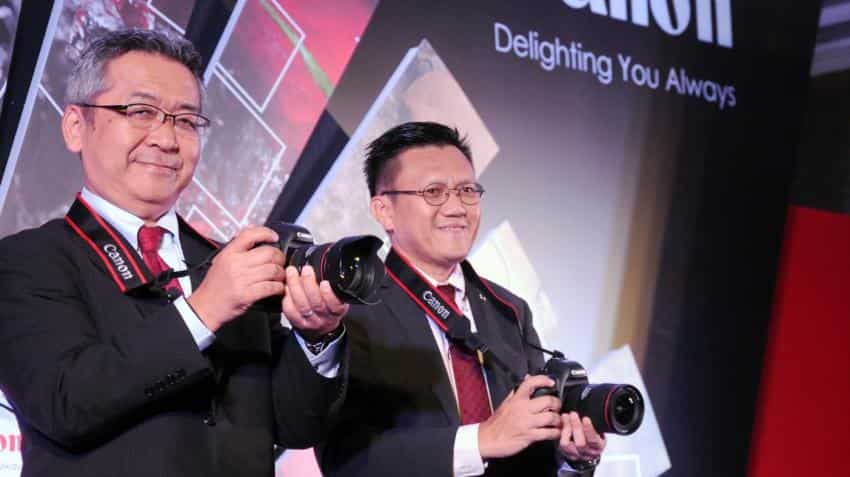 Despite smartphone makers launching devices with high-end camera specifications to woo amateur shooters, the photography market in India is at the cusp of a significant leap and digital single-lens reflex (DSLR) cameras are, in fact, looking at stupendous growth in the months to come, a top Canon India executive has said.

With over 1,100 registered patented technologies in digital cameras, 2,300 in inkjet printers, 5,600 in multi-functional printers (MFPs) and more than 200 in scanners, Canon has emerged as one of the leading global technology innovators in the digital imaging space.

"India is one of the fastest-growing economies of the world. I am more than happy that we are running the business successfully with DSLR cameras in the country despite the onslaught of camera-specific smartphones. We are witnessing a healthy growth rate of around 8-9 per cent in the camera market," Kazutada Kobayashi, President and CEO, Canon India, told IANS.

During the first half of 2016, the camera division contributed about 44 per cent to total revenue for Canon India. "Geographically speaking, the southern region has been the major contributor for revenue escalation, with a 32 per cent contribution," Kobayashi added.

"We closed the first half with nine per cent growth as compared to the similar period last year. This year, we have focused on restructuring and expansion of our key domains. We plan to achieve a double-digit growth (about 10 per cent) by the end of the year," the executive added.

Canon`s research and development centre "ISDC" is located in Bengaluru and works on product development and research in the area of system LSI design and verification, embedded operating system (OS) and middleware technologies for cameras, multifunction printers, network surveillance cameras and healthcare modalities.

The centre produces software not only for DSLR cameras but also for security cameras and printers.

According to Kobayashi, the Indian market is different as the need is dynamic. "You can`t take a break in India as the market keeps moving. This year, we aim to finish at around Rs 2,350 crore compared to Rs 2,158 crore last year in overall revenue for Canon India," the Canon executive told IANS.

India is growing much faster than Hong Kong or Germany or the Netherlands, Kobayashi said, adding that these are exciting times not only for Canon but also for the industry as well.

"Seeing the growth potential, we have also invested in new domains which include security cameras, medical cameras, projectors and scanners," the executive pointed out.

With customer experience as priority, Canon has opened a record 200 Image Square stores in India till date. "We are aiming to expand our customer outreach by adding 40 more stores and close the year with a count of 240," Kobayashi said.

The device gives high-quality images, high-speed performance along with excellent resolution under all lighting conditions.

"This festive season we are announcing the special offer of a Moto pulse headset with Canon EOS 1300D or EOS 700D cameras," Kobayashi said.