India which has been denigrated to have lower internet penetration and slow speeds is surprisingly one that cannot live without internet. 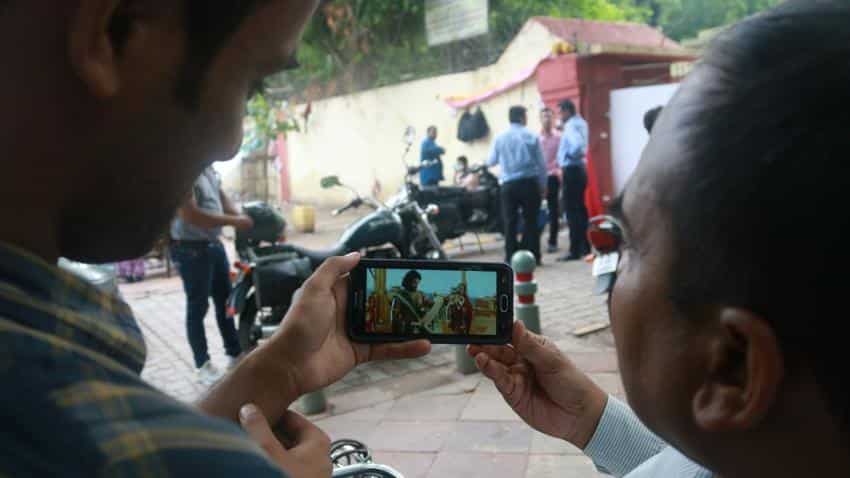 Though internet penetration in India has been relatively low, this has not stopped its people from falling in love with staying connected online. Most amount of people who said they ‘can’t live without the internet,’ stemmed from India, a report by Statista said on August 29.

“While 73% of Americans said they cannot imagine an unconnected life, the highest share was recorded in India at 82%,” the report said.

The report was based on Ipsos report that surveyed 18,180 people were surveyed across 23 countries.

India had surpassed UK, China, Germany and even United States to land the number one spot for people who couldn’t live without internet.

This dependency on the internet that is commonly attributed to rising number of millennials may not hold true for all societies. “It isn't just millennials who are losing touch with a world without smartphones, emails and social media. Research from Ipsos has found that society in general just can't live without the internet,” the report said.

Total number of wireless subscribers in India stood at 118.68 crore in June; while broadband subscribers were at 30 crore only, as per Telecom Regulatory Authority of India (TRAI) data as on June 30, 2017.

In comparison, the country to rank second on the list – United Kingdom, had 86% of its adult population who could access the internet in 2016, another report by Statista said.

Internet connectivity in India grew faster than the rest of the world, as per the India Trends 2017 report by Kleiner Perkins.

The country that has been debated to have the slowest internet connection in Asia has simultaneously had double digit growth in internet users since 2013. 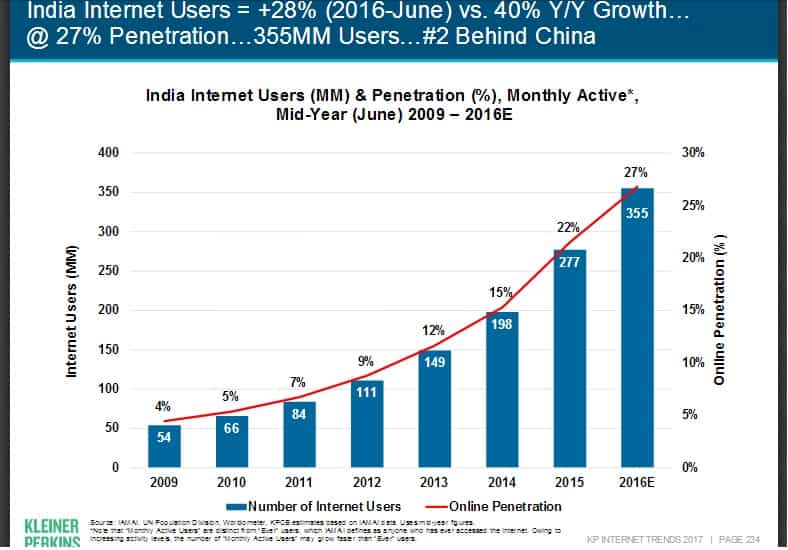 Airtel also seems to be in advanced talks with Indian handset makers such as Lava and Karbonn to introduce a 4G smartphone priced at about Rs 2,500 before Diwali.

With the introduction of cheaper feature phone variants with 4G VoLTE technology, India’s internet penetration has been estimated to increase over the years.