Union Minister Ravi Shankar Prasad on Wednesday said that data of 20 WhatsApp users out of the 121 users targeted using Pegasus spyware may have been accessed by the attacker. 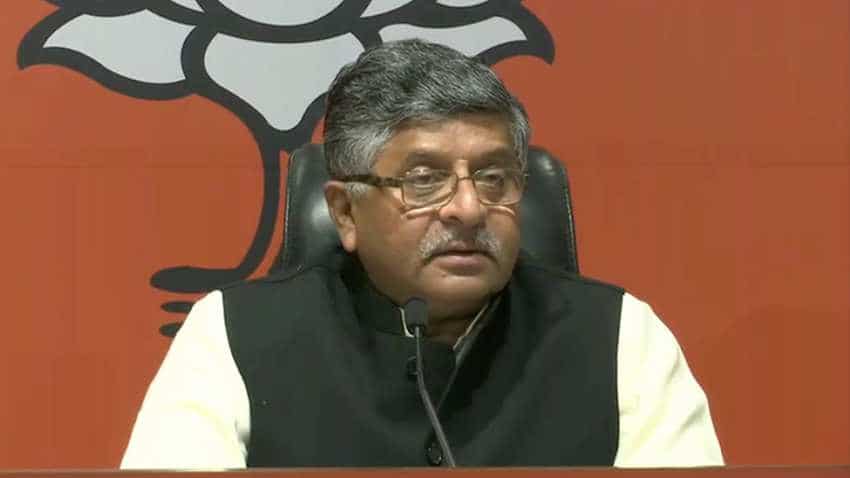 Prasad said the government is committed to protect fundamental rights of citizens, including the right to privacy. Source - Ravi Shankar Prasad/Twitter.

Union Minister Ravi Shankar Prasad on Wednesday said that data of 20 WhatsApp users out of the 121 users targeted using Pegasus spyware may have been accessed by the attacker. While speaking in the Lok Sabha, Prasad said that while the Facebook-owned platform continues to assess the available information, it believes that around 20 users might be at risk.

"WhatsApp continues to review the available information. It also mentioned that WhatsApp believes it is likely that personal data within the WhatsApp app of approximately twenty users may have been accessed out of approximately 121 users in India whose devices the attacker attempted to reach," the senior Bharatiya Janata Party (BJP) leader was quoted as saying by PTI.

Prasad said the government is committed to protect fundamental rights of citizens, including the right to privacy.

"The government operates strictly as per provisions of law and laid down protocols. There are adequate safeguards to ensure that no innocent citizen is harassed or his privacy breached," he said. In response to another question on malicious mobile apps stealing user data, the minister said the propagation of such applications, targeting mobile phones, are being reported globally. “Such malicious applications could be used for stealing data from infected mobile phones for further misuse by cyber criminals,” Prasad said.

This comes after WhatsApp had reported an incident to country’s cyber security watchdog Cert-In in May this year, informing that it had identified and promptly fixed a vulnerability that could enable an attacker to insert and execute code on mobile devices. The platform has confirmed that Indian journalists and human rights activists were among those globally spied upon by unnamed entities using Pegasus spyware.

Prasad added that several steps have been taken by the government to check malicious apps which includes issue of alerts and advisories about threats and vulnerabilities affecting mobile phones, along with countermeasures by the Indian Computer Emergency Response Team (CERT-In), he said.

"Security tips have been published to enable users to secure their mobile and smart phones by CERT-In. Government has operationalised the Cyber Swachhta Kendra (CSK) to enable detection and cleaning of malicious code including from mobile and smartphones,” Prasad said.