Chinese smartphone brands have fast increased their presence in global markets of which India is a key area of growth, says Counterpoint report. 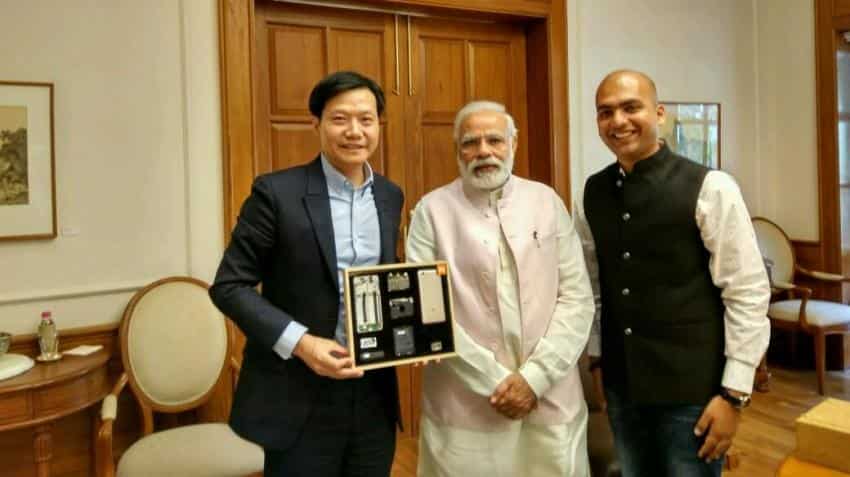 Chinese smartphone brands have strengthened their hold on the Indian market in the April to June quarter.

“China, India and South East Asia remain the key growth markets for Chinese brands. A Chinese vendor continues to hold one of the top three spots in most of these markets,” said Tarun Pathak of Counterpoint Research in a report dated August 2.

A total of 36.5 crore smartphones were shipped globally in the April to June period of this year, the report said.

While the shipment of Samsung smartphones remained on top of the list in the second quarter of 2017 (Q2 2017) with 8 crore phones shipped, its Year-on-Year growth was flat at 4%.

However the report showed Chinese smartphones YoY growth was fast increasing during the quarter with Xiaomi recording the highest growth of 60% and Oppo, Huawei and Vivo following close behind.

The Xiaomi brand had shipped 2.3 crore smartphones globally in this period. 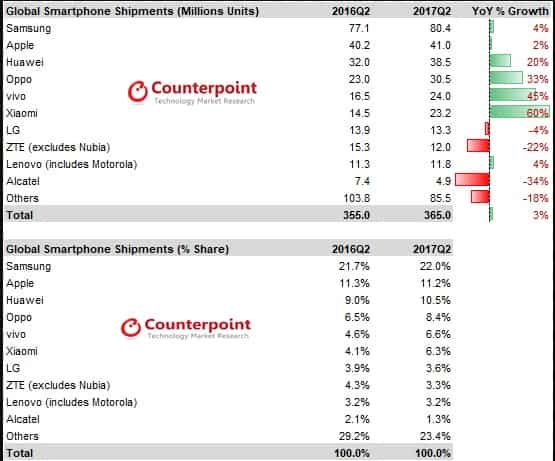 “The key reason behind the Xiaomi’s comeback can be attributed to strong demand for its latest flagship Mi 6 and low-tier models such as Redmi Note 4X. In addition it has focused on diversifying its distribution channel mix in both China and India, its strongest market outside China,” the report said.

Xiaomi’s smartphone shipment market share in India was 15.5% during the April to June period, another report by Counterpoint showed dated July 27.

Its market share was only 14% in the previous quarter of this year, a report by Canalys said on April 27.

Oppo and Vivo global shipments amounted to 3 crore and 2.4 crore respectively in Q2 2017. Their respective market share in India in Q2 was 9.6% and 12.7% respectively.

Oppo's Indian market share in Q1 was 10% while Vivo was 12%, as per an older Counterpoint report dated April 28. 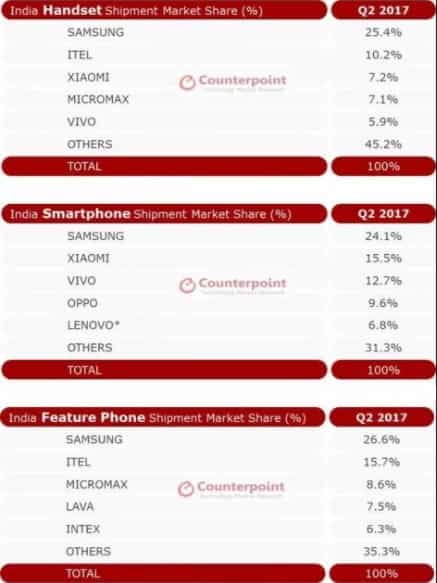 Apple had 4.1 crore global shipments of its iPhones, the report said adding that Indian market had a lot of demand for its older generation iPhones.