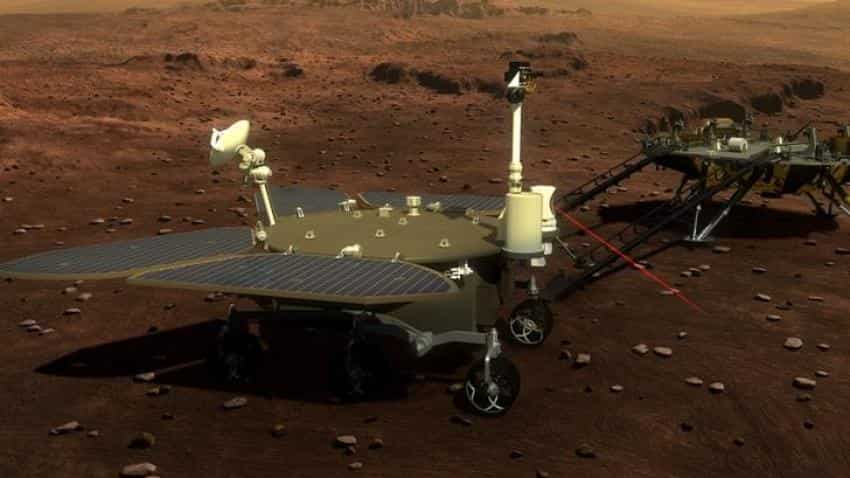 China`s latest manned space mission is due in October and is aiming for a manned moon landing by 2036. Photo: Reuters

China has showed off its first images of a rover it plans to sent to Mars in mid-2020, which is designed to explore the planet surface for three months, state media said, the latest aim of China`s ambitious space programme.

China in 2003 became the third country to put a man in space with its own rocket after the former Soviet Union and the United States.

It has touted its plans for moon exploration and in late 2013 completed the first lunar "soft landing" since 1976 with the Chang`e-3 craft and its Jade Rabbit rover.

China`s latest manned space mission is due in October and is aiming for a manned moon landing by 2036. 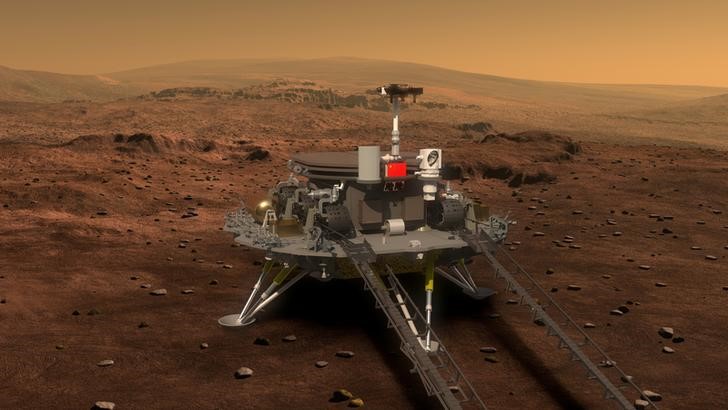 State news agency Xinhua, in a report late on Tuesday, said the 200 kg (441 lb) rover would have six wheels and be powered by four solar panels, two more than the rover China shot to the moon and 60 kg (132 lb) heavier.

"The challenges we face are unprecedented," Zhang Rongqiao, chief architect of the Mars mission, said, according to Xinhua.

The probe would carry 13 payloads including a remote sensing camera and a ground penetrating radar, on what is expected to be a three-month exploration mission blasting off in July or August 2020, the report added.

"The lander will separate from the orbiter at the end of a journey of around seven months and touch down in a low latitude area in the northern hemisphere of Mars where the rover will explore the surface," it said.

The Beijing News added that the northern hemisphere was not as good a place to utilize solar power as the equator, but that the geographic conditions were better.

Advancing China`s space programme is a priority for Beijing, with President Xi Jinping calling for the country to establish itself as a space power.

China insists its programme is for peaceful purposes, but the U.S. Defense Department has highlighted China`s increasing space capabilities, saying it is pursuing activities aimed to prevent adversaries from using space-based assets in a crisis.

Apart from its civilian ambitions, Beijing has tested anti-satellite missiles, and the U.S. Congress has banned NASA from engaging in cooperation with its Chinese counterpart due to security concerns.

Everything you want to know about NASA's Juno

NASA wants to grow potatoes on Mars, tests underway in the Peruvian desert