Many automakers are planning for autonomous vehicles but O'Brien says Hyundai "can deliver at an affordable price point" for the average consumer. 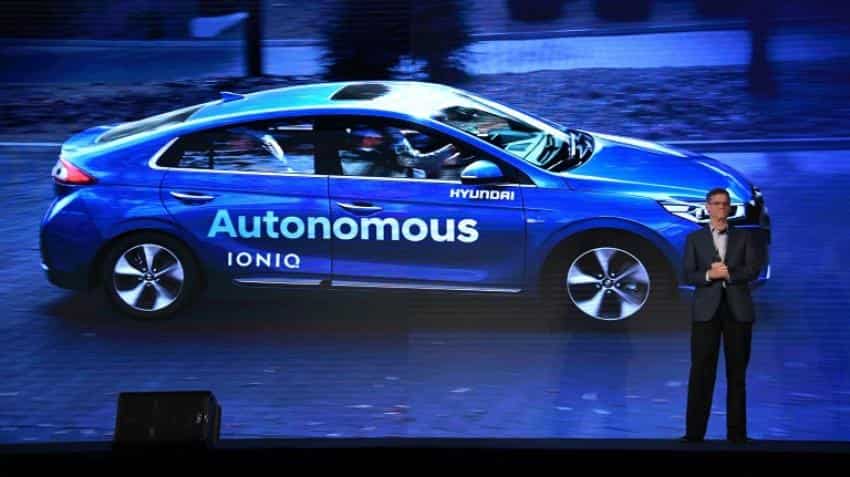 Hyundai's Ioniq draws little attention as it maneuvers the streets of Las Vegas.

The mid-sized sedan is one of a number of autonomous cars roaming the city's streets during the high-tech Consumer Electronics Show (CES) 2017.

The South Korean automaker wants to stand out by being ordinary: making a self-driving car for the average consumer.

"The autonomous Ioniq concept is a normal car, not a science project," said Mike O'Brien, vice president of Hyundai North America, during a demonstration for AFP. "We believe in democratizing this technology."

Hyundai's unremarkable car stands in contrast to others being shown at the huge tech show, which include a number of pricey models with more horsepower and luxury features.

Many automakers are planning for autonomous vehicles but O`Brien says Hyundai "can deliver at an affordable price point" for the average consumer.

In the demonstration, the Ioniq was able to use its turn signal, change lanes, stop at a red light and yield to pedestrians.

In one instance, it began to accelerate with a green light but then suddenly braked.

Vehicle technology manager Andre Ravinowich said the sudden shift came because "the car in front started moving, but braked" and the Ioniq acted to avoid getting too close.

Engineers are working to refine the algorithms which govern these kinds of decisions, based on data collected from sensors in the car and other information.

Hyundai and other automakers are using a technology called LIDAR, or light detection and ranging, for remote sensing of vehicles, pedestrians and other things in the environment.

Ravinowich said there are still a few hurdles before autonomous driving becomes mainstream.

"Technology-wise it`s not too far away, we`re closer than a lot of people think," he said.

But he said that it will also depend on government regulations and infrastructure which is compatible with the new electronics.

"A lot of regulations need to change, infrastructures need to be in place," he said.

The tests show the system is not perfect. When the Ioniq was behind an idled truck, the operator behind the wheel (as a safety precaution) had to manually use a turn signal to indicate a lane change to overtake the truck.

"It's still something we need to work on," Ravinowich said.

Hyundai has offered no date for when it would have an autonomous vehicle ready but some others have set a target for around 2020.