Reports of complaints from Apple Watch users facing connectivity issues were brought to light shortly after its launch. Here is why one third of iPhone users won't be able to use its calling feature. 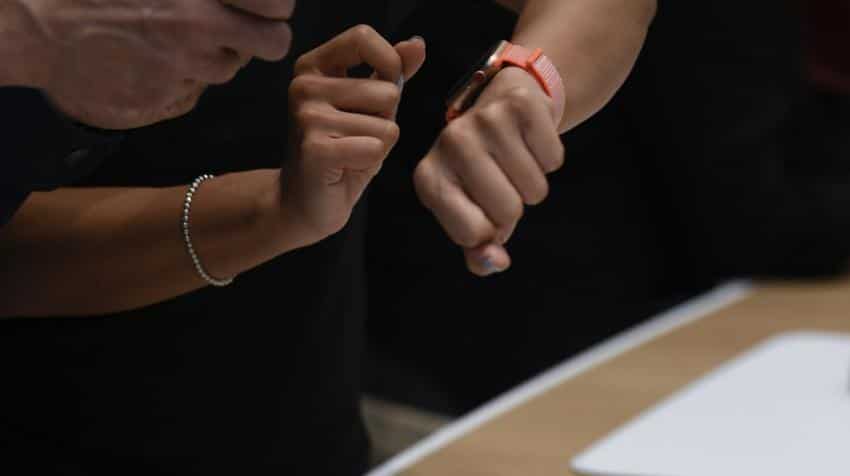 Apple Watch was labelled as ‘the world’s most successful smartwatch line.’ However the new Apple Watch Series 3 has a feature that nearly two thirds of iPhone users can’t use.

On September 12, at the iPhone’s 10th anniversary celebrations, Apple unveiled the iPhone 8, 8 Plus, X and the Apple Watch Series 3. The Apple Watch which has an integrated eSIM feature will support both LTE and UMTS connectivity, the company said.

“It announced that 14 mobile operators across eight countries will support this functionality at launch,” a report by Canalys said on Thursday.

However, first impressions of the watch show that the phone has a major problem with one of its key features.

“Buyers will not be able to use cellular tariffs from their choice of carrier, as is the case with cellular-equipped iPads. Apple Watch’s cellular functionality requires a companion iPhone, and that iPhone must be using a postpaid SIM from an eligible carrier. This means that most iPhones in use around the world will be unable to use Apple Watch cellular at launch. Additionally, in China, it will be initially limited to five regions, not including Beijing,” the Canalys report added.

The report pointed out that nearly 68% of iPhone users will not be able to use this feature.

“The Apple Watch Series 3 is launching to a limited addressable market,” said Canalys Analyst Ben Stanton. “The total iPhone installed base currently sits at around 517 million. Of those, only 164 million are the right iPhones, with the right carrier, on the right tariff to work with the new cellular Apple Watch at launch. Apple’s potential buyers are spread across eligible and ineligible operators and contracts, and many will be disappointed. Apple needs to exert pressure on more carriers to make the required network investment before the buzz around its new product dies down,” Stanton added.
Apple has shipped more than 3 crore units since launch, and took 57% of the global smartwatch market in the period April to June 2017.

“Another six mobile operators are lined up to become eligible for Apple Watch cellular functionality soon. This would increase Apple’s addressable market with its new Watch to 47% of its total iPhone installed base. But Apple is yet to specify exactly when these operators will become eligible,” the report said.

“There will be some churn as loyal Apple fans switch operators to unlock the full potential of the Series 3,” said Canalys Analyst Jason Low. “But customers in long-term postpaid deals with ineligible carriers often cannot do this without incurring a financial penalty. This will be a major barrier to early adoption of the Apple Watch Series 3. But eligible operators do have an opportunity to grow their sales of Apple Watches against retailers and Apple direct channels.”

Apple Inc is reportedly investigating the issue and working toward fixing this problem.