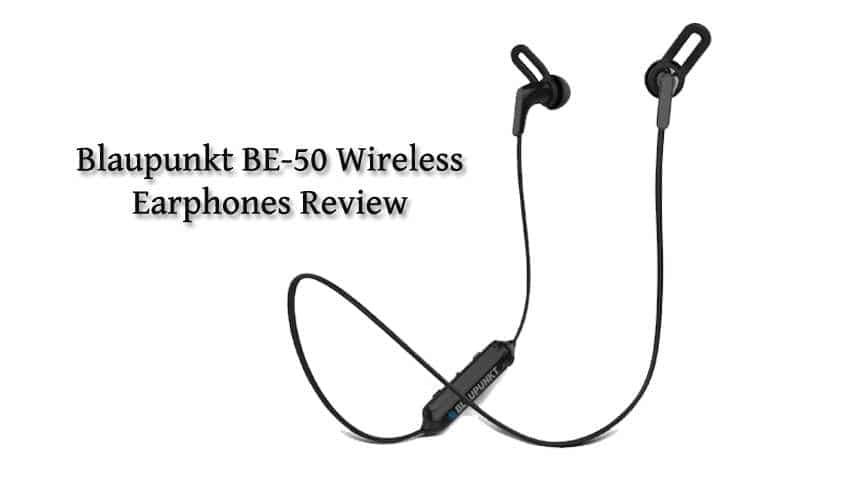 The German audio products brand has recently introduced a new wireless earphone - BE-50 in the Indian market - a few month after it entered India with its personal audio range of products. The company claims that its previous products like wired earphones EM10 and EM01 were admired by the audiophiles while other offerings like Truly wireless pods (BTW01) and Lightest BT Earphone (BE-01) took the market by storm. Life won't be that easy for the latest offering though as at that price point, it competes against some impressive options from Zebronics, Boult, Noise, Mi and Realme.

So, where does it stand and are the Blaupunkt BE-50 wireless earphones worth your money? Let's find out.

The Blaupunkt BE-50 wireless earphones sport a slightly different and rugged look. They come in an all black colour option with the Blaupunkt branding on one side of the band. The earphones have been given a matte finish with a glossy touch to the ear cups. The flexible neckband is the USP here which makes the device lightweight and easy to carry. 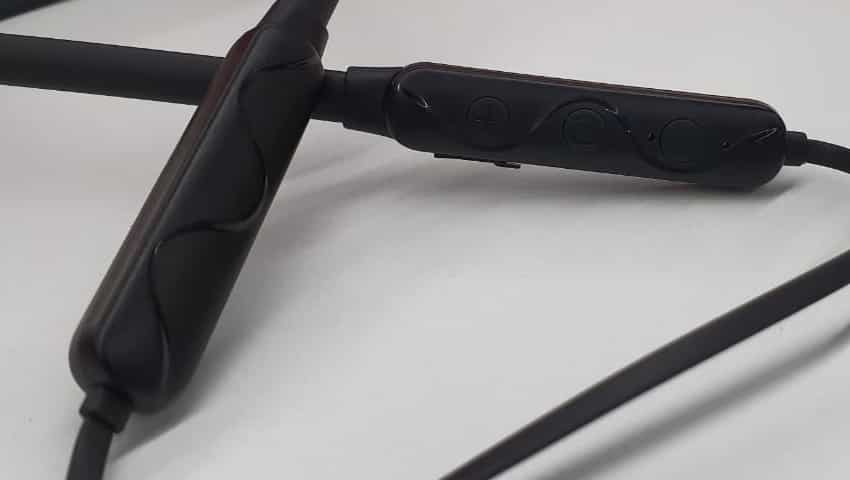 The wire is also tangle-free so you don't have to worry much while keeping them in your pocket or stuffing them inside the bag. Blaupunkt has used increasing-popular magnetic ear cups which is the second big highlight of these earphones. Unlike the Realme Buds wireless, the magnet on Blaupunkt BE-50 doesn't support play and pause functionality but surely helps you keep the device in right position.

Having said that, the magnet used here is too strong and I would have preferred a smoother coming together of the two ear cups. on the positive side, as a user, you can hope the magnetic pull to remain effective longer than it does on some other earphones.

The control buttons blend well with the band and allow you to adjust volume as well as change tracks. You can also use these to answer, end and reject call without taking out the earpieces. There is a built-in mic that allows you to perform hands-free calling. Blaupunkt has used Qualcomm Processor on these earphones which help you control various call and music functions. 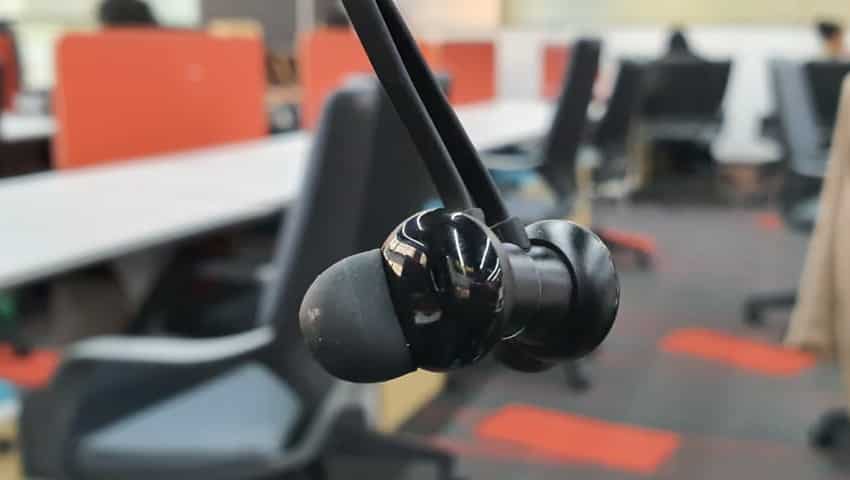 To test the audio performance of Blaupunkt BE-50, we connected it with OnePlus 7T Pro via Bluetooth and played tracks using Spotify. We played 'Bad Guy' from Billie Ellish, 'Circles' from Post Malone and 'Harleys in Hawaii' from Katy Perry. The earphones are undoubtedly loud and clear. In fact, the audio quality is very impressive and better than some of the other options at this price range. The Blaupunkt BE-50 throws a near-perfect amount of bass and gives you an unbelievably loud and clear audio output even when the volume level is at the highest.

The best part is that there is no distortion even at higher volume levels. 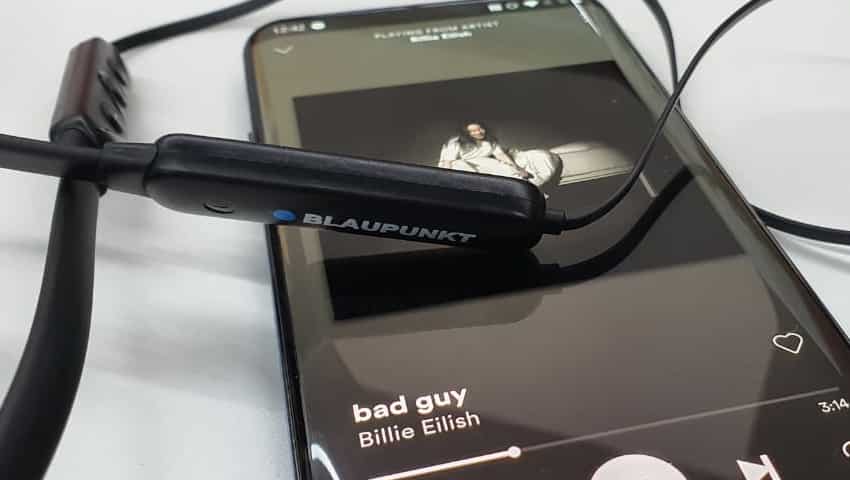 Even when you play more traditional and relatively low tempo songs like 'Jaan-E-Bahaaraan' by Ali Zafar from Coke Studio or 'Tujhe Kitna Chahne Lage' by Arijit Singh from Kabir Singh, the output is very impressive with the bass kept in control. The vocals are also clear and can be separated from the instruments. Since the earphones are noise isolating, Blaupunkt claims that they can block up to 90 per cent of ambient noise.

The Blaupunkt BE-50 wireless earphones come with IPX5 certification which means that they are sweat-proof and can be used while working out. Additionally, there is a battery life of up to 10 hours on play and 360 hours on standby.

Despite being a highly competitive segment, the Blaupunkt BE-50 wireless earphones have the potential to be your music buddy while driving or working out. They deliver a superior audio output and have a decent battery life. The magnetic ear cups and a robust design should further attract the buyers. Given that this pair is priced at Rs 1,499, it is one of the most affordable wireless earphones in the country right now.