Best Xiaomi smartphones under Rs 15,000: This company's two brands, Mi and Redmi, have swayed the smartphone market to a massive extent in India. 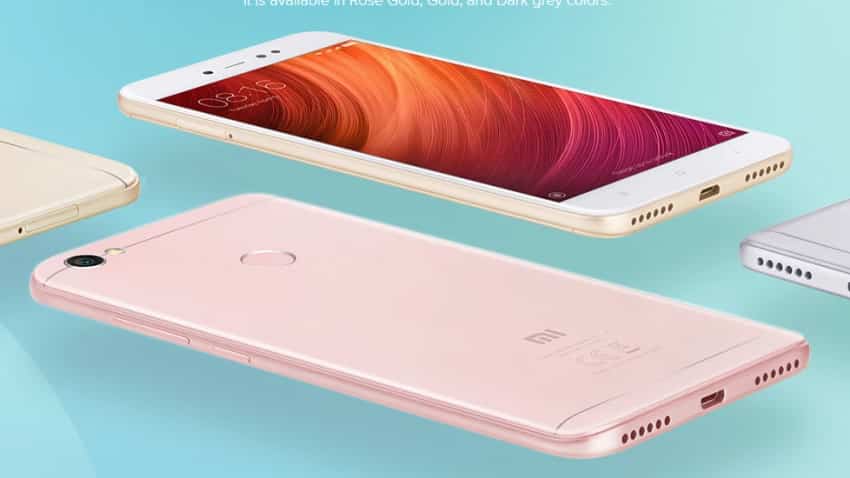 Best Xiaomi smartphones under Rs 15,000: Even though the Chinese smartphone maker Xiaomi recorded big losses in its books, the company is still consistently looking to lure people in the Indian market. This company's two brands, Mi and Redmi, have swayed the smartphone market to a massive extent in India. The company is among the favorite Android phones that rides on providing great performing smartphones especially when it comes to camera, heavy storage, long-lasting battery life and of course, low budget. Xiaomi phones are quite handy and almost anyone can purchase them and enjoy themselves. Xiaomi, after strengthening it’s foothold in smartphone market, has now planned to set another milestone with the launch of it’s initial public offering (IPO).

In case you plan to purchase a Xiaomi smartphone under Rs 15,000, than you might want to have a look at these 6 Redmi smartphones, which are low-budget mobiles but offer amazing features.

Redmi Y2 is available in three colour options like Rose Gold, Champagne Gold and Platinum Silver exclusively on Amazon at a starting price of Rs 9,999. The 4GB RAM variant of Xiaomi Redmi Y2 will cost Rs 12,999, while 3GB RAM variant is expected to come with a price tag of Rs 9,999.

The Redmi Y2 sports a state-of-the-art 12MP+5MP dual camera system with large pixels for excellent photographs even in low light, alongside a front-facing 16MP camera. Equipped with 5.99-inch full screen display featuring an 18:9 aspect ratio, the phone has 3,080 mAh battery that helps you get through the day without the need to charge your phone.

Powered by the fast and efficient Octa-core Snapdragon 625 processor, the Redmi Y2 provides great performance for a great experience.

Redmi Note 5's 5MP front camera is on par with its predecessor in terms of performance, but addition of LED flash on the front helps in low-light photography.

Like Redmi Note 5, this premium phone has a 5.99-inch display with 18:9 aspect ratio and full HD+ resolution, and is powered by Qualcomm Snapdragon 636 processor.

Featuring a dual rear camera with 12MP+5MP combination and a 20MP front camera, Redmi Note 5 Pro boasts of a 4000 mAh battery. This Xiaomi smartphone runs on Android Nougat 7.1.2 with MIUI 9 on top.

Xiaomi Redmi S2 reportedly boasts of features like 5.99-inch HD+ display with 18:9 aspect ratio, 2.5D curved glass and a resolution of 720x1440 pixels, along with thin bezels at the sides.

Xiaomi's new smartphone is powered by the Qualcomm Snapdragon 625 processor and it comes in 3GB RAM/32GB storage and 4GB RAM/64GB storage variants. Xiaomi Redmi S2 also has a rear-mounted fingerprint sensor along with hybrid dual-SIM connectivity. The new device runs Android 8.1 Oreo out of the box with MIUI 9.5 on top and boasts of Face Unlock feature.

The handset comes with an aspect ratio of 18:9 display with a screen size of 5.7 inches and resolution in HD+ (720x1440 pixels). It comes with a 12MP rear camera and 5MP front camera with a selfie flash.

Smartphone is backed by a 3300mAh battery which can last for 10-12 hours with moderate to heavy usage. Qualcomm Snapdragon 450 octa-core processor with 14nm FinFET technology, which is coupled with MIUI 9system level optimisations enables low power consumption for longer battery life.

Xiaomi Redmi 5A is also available in Dark Grey, Gold and Rose Gold colour options. It is powered by a quad-core Qualcomm Snapdragon 425 chipset and houses a 3,000mAh battery.

Redmi 5A sports a 5-inch fully-laminated HD display. There is a dedicated MicroSD card slot that can expand the memory up to 128GB along with two SIM card slots that support simultaneous use 4G network.