Best smartphones under Rs 10,000 in 2018 In India, the demand for cheap smartphones increases rapidly, and the year 2018 will be no different. Among the top phones in this category are Redmi Note 5, Moto G5 . 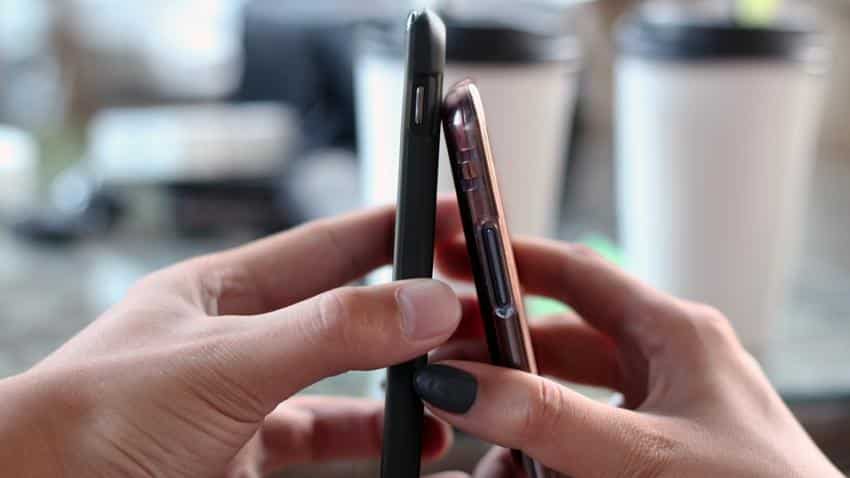 Best smartphones under Rs 10,000 in 2018: The sales growth of smartphones looks strong in India, especially in the low-budget handsets segment, which not only offers good camera features, but are also powered by specs that are as equal to high-budget phones. In India, the demand for cheap smartphones stays high and the year 2018 will be no different. Catering to that demand, this year many companies have launched a wide range of Android phones at a very low-cost. In case you plan to purchase a mobile phone, and your budget is just near Rs 10,000, from Redmi Note 5,  Nokia 3 to Moto G5, here’s a list of smartphones in the range that pack the best specs and features:

The Redmi Note 5 comes in two storage and RAM combinations of 32GB/3GB and 64GB/4GB with a price tag of Rs 9,999 and Rs 11,999, respectively. The Note 5 features a 12-megapixel (MP) primary camera and a 5MP selfie shooter, along with 18:9 screens. The Note 5 is the successor to Redmi Note 4, which was announced in January last year, but has improved on many fronts.

Redmi Note 5's 5MP front camera is on par with its predecessor in terms of performance, but addition of LED flash on the front helps in low-light photography. The new device sports 5.99-inch fullHD+ screens with 18:9 aspect ratios, covered with reflective Gorilla Glass, which hampers sunlight visibility.

The Moto E4 Plus coming with 3GB RAM and 32GB internal storage is priced at Rs 9,381 on Amazon and Rs 9,999 on Flipkart currently.

As for camera, the phone is packed with 13 megapixel primary camera with LED flash, while 5 megapixel as front camera for selfies even in low light.

Redmi 4A is powered by the large-capacity 3120mAh (typ)/ 3030mAh (min) battery, and coupled with system-level MIUI optimisations, it guarantees up to an average 7-day standby time. The phone is packed with Qualcomm Snapdragon 425 64-bit processor and Adreno 308 graphics processing unit.

It is equipped with a 13MP camera that captures sharp and crisp photos, and 5MP as front camera.

Priced at Rs 9,499, the Nokia 3 was the company’s first smartphone after its comeback and the company said it is the company’s ‘offline exclusive’ model, which means customers cannot avail of it on any e-commerce site.'

The Nokia 3 comes with a 5 inch 720 resolution display with Gorilla Glass, and runs on a battery life of 2650mAh.

The smartphone has entry-level specifications along with vanilla Android USP and MediaTek MT6727 processor.

It also has 2GB RAM but with a lower 16GB internal storage and packs an 8MP rear sensor with autofocus and LED flash along with 8MP front-facing camera.

The Nokia 3 is available in two colours – Tempered Blue and Matte Black.

This phone is priced at Rs 8,899 on Amazon. It comes with a  5.70-inch touchscreen display with a resolution of 720 pixels by 1440 pixels, and is powered by 1.4GHz quad-core Qualcomm Snapdragon 425 processor. Having 3GB RAM and 32 GB internal storage, the phone is packed with 13-megapixel primary camera on the rear and a 16-megapixel front shooter for selfies.

It needs to be noted that, the memory storage space can be expandable up to 128GB via a microSD card. Furthermore, it runs on  Android 7.1.2 and is powered by a 2900mAh removable battery.

The phone having 3GB RAM and 32GB internal storage is priced at Rs 7,999 on Flipkart. It comes with 5.20-inch touchscreen display with a resolution of 1080 pixels by 1920 pixels, and runs on Android 7.1.1 with a battery life of 4000mAh non removable battery.

Powered by 2.5GHz octa-core MediaTek Helio P25 processor, the phone is packed with 13-megapixel primary camera on the rear and a 8-megapixel front shooter for selfies. The memory storage can also be expandable up to 128GB via a microSD card.

Currently, this phone is priced between Rs 7,700 to Rs 9,999 on Flipkart and Amazon, depending upon their color range. The phone supports 2GB of RAM along with  16GB of internal storage - which can be  expanded up to 128GB via a microSD card.

The phone is powered by quad-core Qualcomm Snapdragon 400 processor, and comes  with a 5.00-inch touchscreen display with a resolution of 720 pixels by 1280 pixels, running on  Android 6.0  with a battery life of 2650mAh non removable.

Besides, the new device's connectivity options include 4G VoLTE, Wi-Fi, Bluetooth 4.2, GPS and a 3.5mm headphone jack, along with a 3300mAh battery.

It boasts of features like 12-megapixel (MP) primary camera and a 5MP selfie shooter with 18:9 screens.

The phone from the Motorola family has 13 megapixel primary camera and 5 megapixel wide-angle front camera.

It possesses battery capacity of 2800 mAH and is equipped with 3GB RAM and 16GB internal memory which is expandable up to 128GB.

Redmi Y1 comes with 5.50-inch touchscreen display with a resolution of 720 pixels by 1280 pixels. It is  powered by 1.4GHz octa-core Qualcomm Snapdragon 435 processor and has 13-megapixel primary camera on the rear and a 16-megapixel front shooter for selfies.

Redmi Y1 is dual sim smartphone and runs on Android 7.0 and has 3080mAh non-removable battery.

Thus, if you are planning to purchase a phone, then do compare the above mentioned smartphones, to avail the best deals.