Believe it or not but your smartphone can spot fake rice! 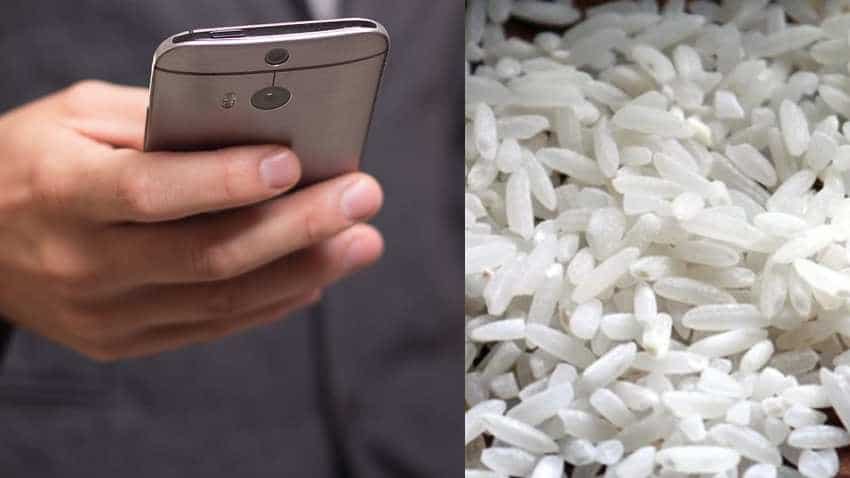 Yes...you read it right because the photo taken from your smartphone can detect whether the rice you are paying for is genuine and of high-quality or not. Pixabay photos.
Written By: Prashant Singh
RELATED NEWS

Believe it or not but your smartphone can spot fake rice! Yes...you read it right because the photo taken from your smartphone can detect whether the rice you are paying for is genuine and of high-quality or not.  A simple photograph taken with a mobile phone is able to detect irregularities in the labelling of rice, according to an investigation conducted by the Complutense University of Madrid (UCM) and the Scintillon Institute of San Diego (USA), as per a report in IANS.

The scientists develop an algorithm based on deep learning - a field of Artificial Intelligence (AI) -- that is able to determine whether that rice is really the one described with the images taken with the smartphone.

"What we contribute compared to other detection methods is simplicity and we show the consumer that you do not need large sums of money to verify whether a certain type of rice is the one mentioned on the label," said Jose Santiago Torrecilla, Professor and researcher from the Department of Chemical Engineering and Materials at the UCM.

To carry out the study, the researchers used five types of rice that were ground "in order to distinguish the type of rice not only when it is in grain form but also when it is ground into flour".

With all this information, algorithms based on neural networks were designed and optimized to process the information contained in the images for classification based on the type of rice, obtaining final precision models between 93 per cent and 99 per cent.

"It should be noted that rice is just one example of cereal and, therefore, this technology could be extrapolated to other types of cereals or food," said the UCM chemist, leaving the door open for future applications in the food industry.