Yoga guru Ramdev's dream 'swadeshi' messaging app 'Kimbho', which was expected to take on Facebook-owned WhatsApp, is still on 'hold' 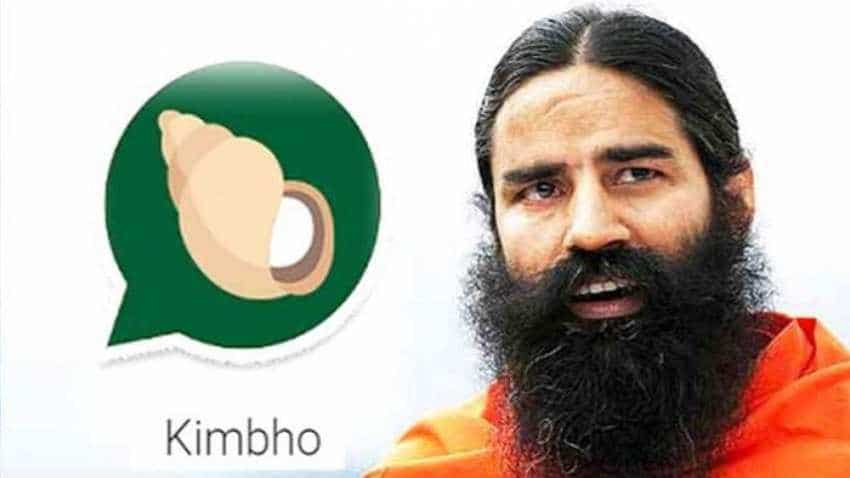 Kimbho is a Sanskrit word which means "how are you" or "what`s new`. Image: India.com

Yoga guru Ramdev's dream 'swadeshi' messaging app 'Kimbho', which was expected to take on Facebook-owned WhatsApp, is still on 'hold', reports IANS. The app was taken down from app stores last year because of privacy concerns, company executives said. Kimbho app was launched with much fanfare in 2018 by Patanjali Ayurved. It promised features such as chat, multimedia, voice and video calling, video conferencing and collaboration.

Kimbho is a Sanskrit word which means "how are you" or "what`s new`. Soon after the launch, the much talked-about app had disappeared from Google Play Store and App Store after users raised security concerns. A trial version of the App had reappeared in August. Patanjali Ayurved had then promised a final version in couple of days. However, there was been no update on the app till now. But Patanjali appears not to have given up on the app completely yet.

The report quoted Abhitab Saxena, senior Vice President and Head of Information Technology at Patanjali, as saying that the Kimbho app is on hold for now. "Baba Ramdev Ji and Acharya Balkrishna ji will announce it at a press conference if anything comes up. As for now, the 'Kimbho app' is on hold," Saxena told the news agency.

Saxena said that the recent status of the app and the future plans for Kimbho app are "confidential". "We will provide an update if anything happens, only Balkrishna Ji can give a clear image about the app`s status and everything related to the Kimbho app," he said.