Debit cards own about 94% of total cards issuance share according to 'the India Digital Payment Report' published by Worldline India, taking a lion's share of the card business in India 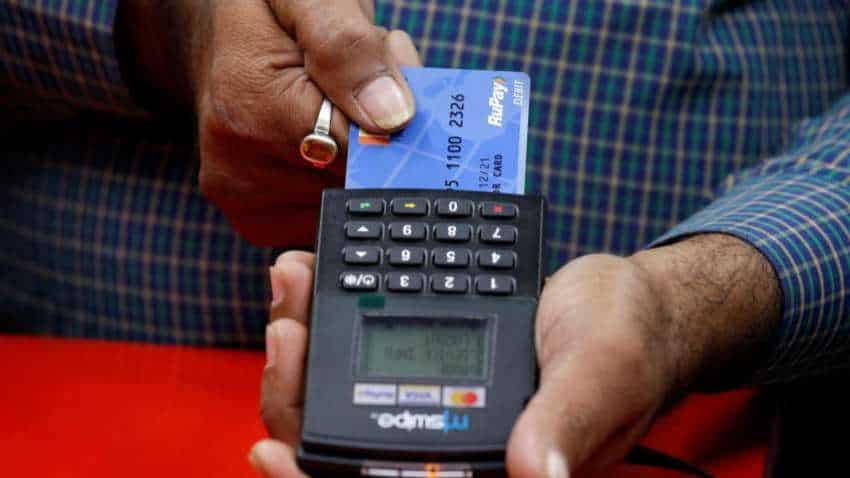 Debit cards own about 94 pct of total cards issuance share according to 'the India Digital Payment Report' published by Worldline India, taking a lion's share of the card business in the country. Notably, however, debit cards declined from 923.39 million in January 2019 to 805.32 million in December 2019, the report further says. Meanwhile, credit card issuance witnessed a growth of over 10 million cards from 45.17 million to 55.33 million in 2019, the report added.

As such, total number of cards in circulation stood at 860.65 million as of December 2019 according to this report. The volume through debit cards at POS terminals achieved 4.9 trillion transactions, a 16% growth as compared with previous the year,  while credit card transactions' volume at POS stood at 2 trillion, achieving a 20% YoY growth, the report said. 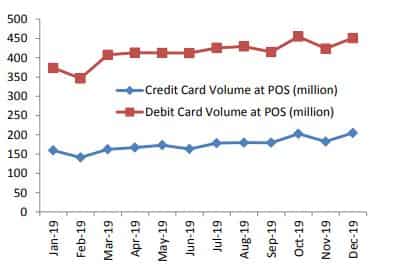 It is interesting to note that in spite of just 6% share in total outstanding cards, credit cards accounted for 30% transactions in terms of volume and 51% in terms of value, the report says. 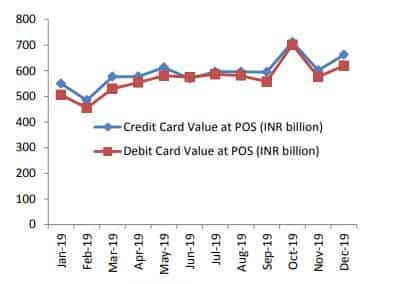 The number of POS or Point of Sale terminals deployment by merchant acquiring banks increased to 4.98 mn in December 2019 from 3.59 million in December 2018 according to 'India Digital Payment Report' published by Worldline India. This was an on-year rise by 39%, the report said.

This annual report takes a look and provides insights on Indian digital transactions in 2019 as well as insights on transactions that were processed in Worldline network. In addition, it also looks at how asset-lite products will transform digital payments in 2020.