Asus ROG Phone 3 review: The new-gen ROG Phone is the first to come with Qualcomm Snapdragon 865+ processor in India, packs a 6000 mAh battery, features Air Triggers for the console-like gaming experience, an AMOLED display and a triple rear camera setup. I have been using the smartphone for about 10 days now and it’s time to find out whether it’s worth your money or not. 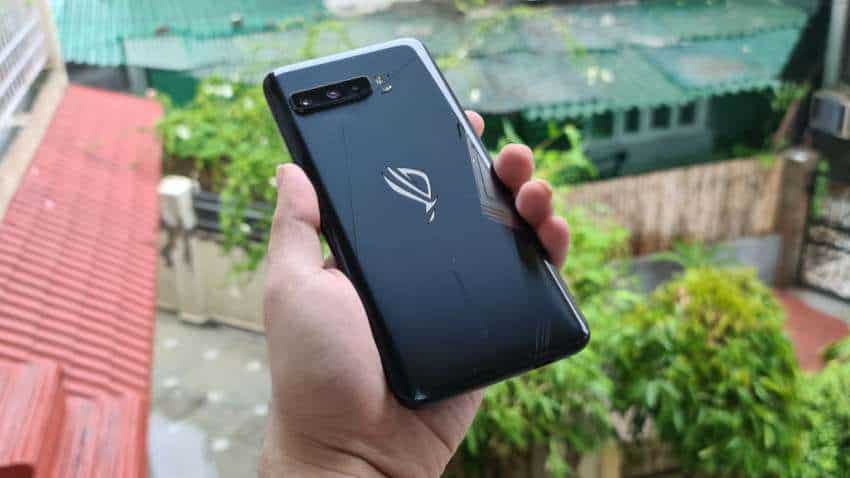 Asus ROG Phone 3 review: Not too long ago, gaming smartphones appeared to be the next big deal as mobile gaming became more popular with the arrival of AAA titles on smaller screens and highly accessible high-speed internet. In 2020, Asus remains to be one of the few that continues to focus on this segment. Last year, the company had shaken up things by launching the ROG Phone II at a highly impressive price of Rs 37,999. The phone remained in high demand since its introduction in India, even though the company had a tough time meeting that demand, due to several reasons.

And, now we have the Asus ROG Phone 3 – launched both in India and global markets at a slightly higher yet still an impressive price point. The new-gen ROG Phone is the first to come with Qualcomm Snapdragon 865+ processor in India, packs a 6000 mAh battery, features Air Triggers for the console-like gaming experience, an AMOLED display and a triple rear camera setup.

This makes the company’s job a bit tough as it not only competes against other gaming smartphones but also against flagship-grade offerings from Samsung, OnePlus and others. I have been using the smartphone for about 10 days now and it’s time to find out whether it’s worth your money or not.

The Asus ROG Phone 3 looks very similar to its predecessor, with few changes on either side. The back panel sports the familiar ROG logo that lights up with multicoloured LEDs when X Mode is activated. These lights can be customised through the Armoury Crate. The smartphone continues to have rounded edges, etched lines and diamond-cut bevel. All of these put together give the ROG Phone 3 a perfect gaming phone look. There is a transparent panel at the back which shows off phone's elaborate cooling system. The new-gen device features a tiny vent unlike what we had seen on the previous ROG smartphones.

The back panel also houses the upgraded triple rear camera setup against last year’s dual-camera module, along with Republic of Gamers branding. It has a glossier finish which makes the phone very slippery and prone to fingerprint smudges. The phone slides through most surfaces and you need to extra careful or will end up dropping the device easily. 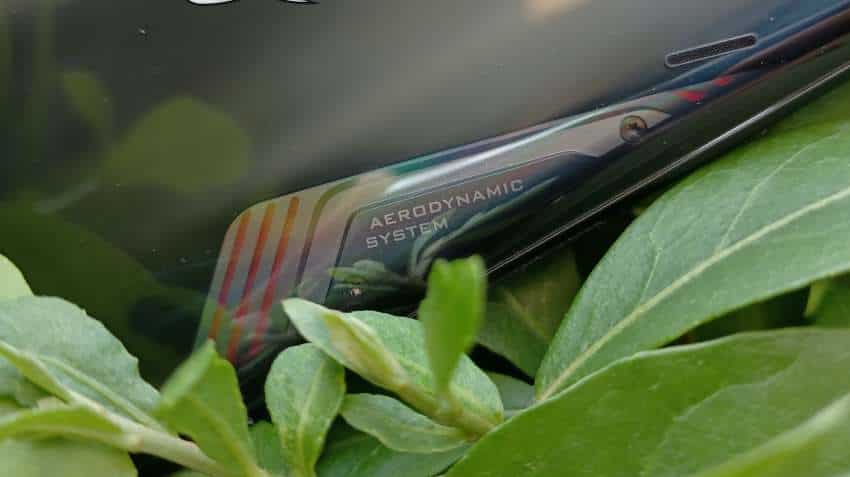 Inside the retail box, you get the Aero case that does not cover the phone’s entire back and makes it look more attractive.

On the front, you get significant bezels, even though the phone offers a better screen-to-body ratio now. Asus explains that bezels minimize the risk of unintentional touches during intensive gaming and allowed the company to fit better speakers. Talking about the latter, you get two two stereo speakers – one on either side of the screen. Collectively, they deliver amazing sound. 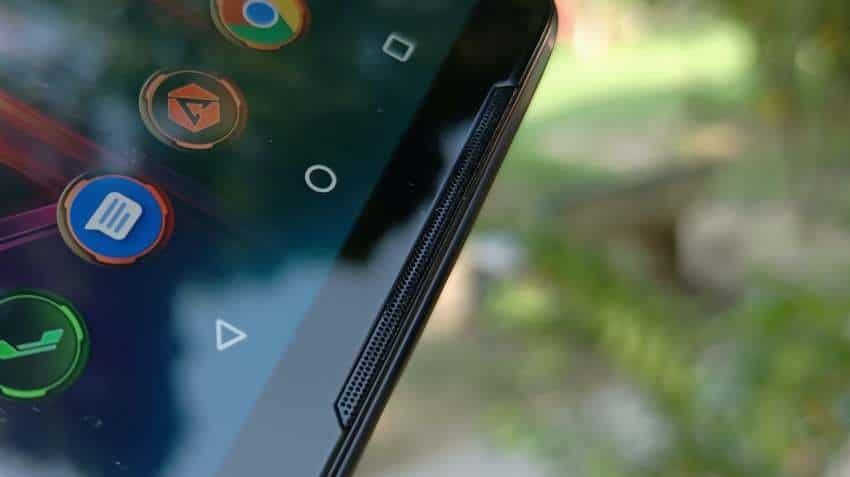 On the left side, you get two additional ports – one for connecting ROG accessories and an additional Type-C USB charging port which can be used to juice up the phone during your gaming sessions. The headphone jack has, however, been removed but you get a Type-C connector inside the box. 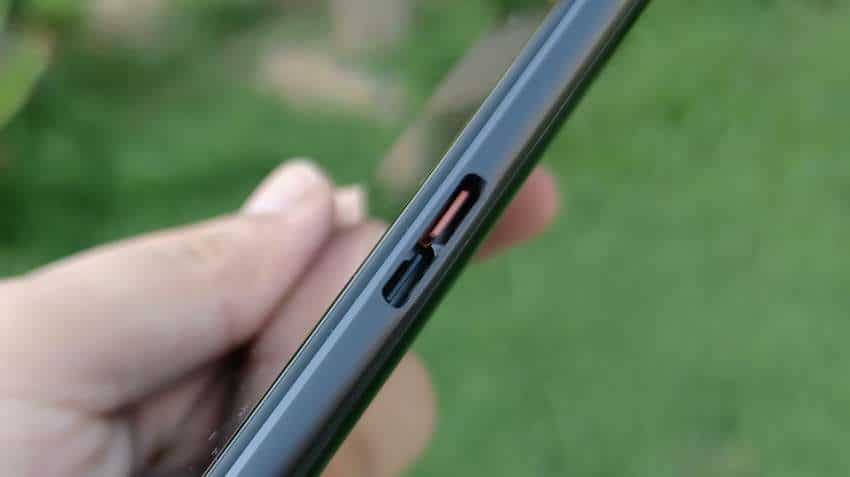 Overall, the phone looks solid and is well build. The only thing to consider would be its weight. ROG Phone 3 remains to be on the heavier side at 240 grams which is likely to play a role in its universal acceptance.

The phone features a 6.59-inch AMOLED panel with 10-bit HDR10+ support which is claimed to be more colour accurate, faster and brighter than the previous generation. It is supported by 144Hz refresh rate with 1ms response.

This was, in fact, the first smartphone I used with 144Hz display, previously seen only on laptops. While there’s not much difference I could feel when compared to Samsung Galaxy S20 Ultra, which runs on 120Hz refresh rate, the display is a significant improvement on 90Hz screens still used on several premium smartphones. 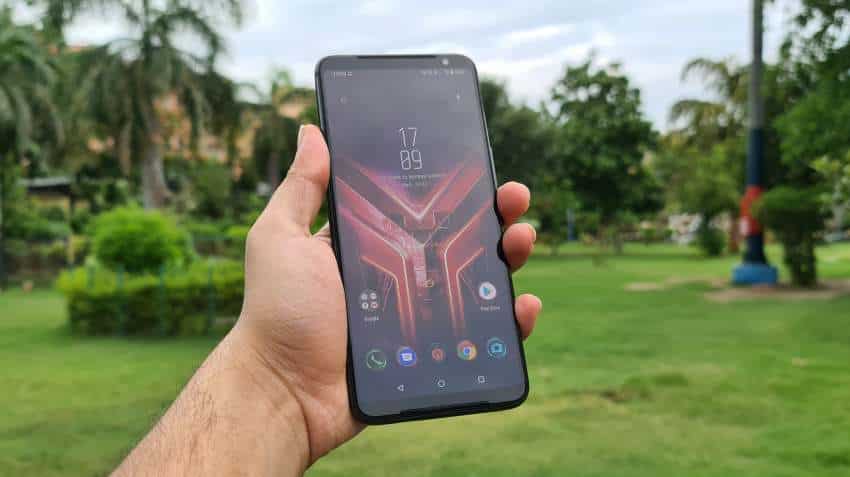 I also liked the fact that you have the choice to choose between 144Hz, 120Hz, 90Hz and 60Hz. To put things into context, most smartphones only give you a choice between 120Hz and 60Hz, limiting your options. There is also an additional Auto mode which switches between screen refresh rate depending on your usage. 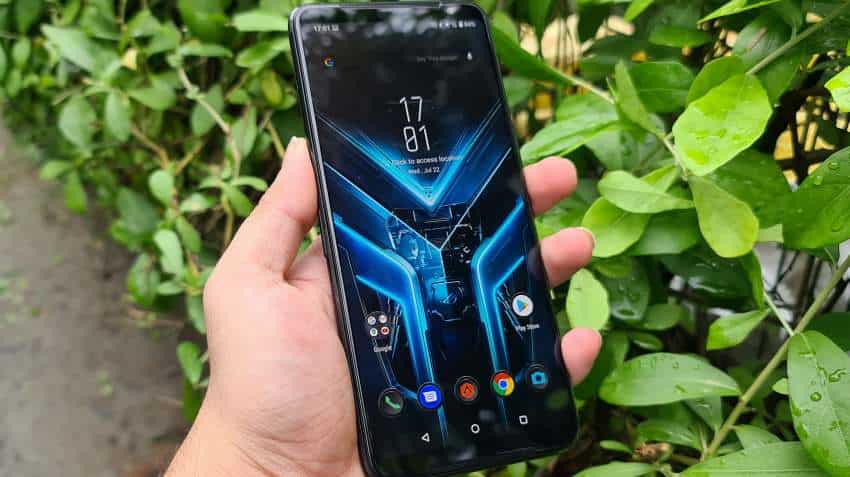 The smartphone also sports new AirTriggers for a console-like gaming experience which can be mapped to four different functions instead of two as earlier. These come handy in a first-person shooting game and are highly responsive.

We had the 8GB RAM variant for review purposes and it seems more than enough for running AAA gaming titles. I played Call of Duty: Mobile with absolutely no heating issues. There were a few lags when the frame rate was at maximum but you can blame Delhi weather and poor internet quality for that. 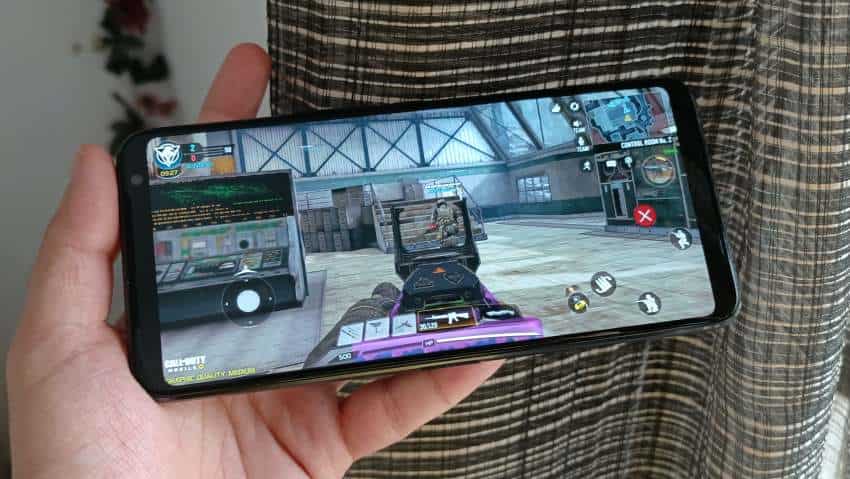 I also played Asphalt 9 and Marvel’s Strike Force. The ROG Phone 3 is truly a gamer’s delight when it comes to performance.

The X Mode, which we mentioned earlier, can be used to enhance smartphone’s performance. It can be activated by either squeezing the sides of the ROG Phone 3 or tapping a toggle in the Quick Settings panel. It transforms phone’s default theme, lists the performance and also enables DND features for games. All of this happens at the cost of your phone’s battery. 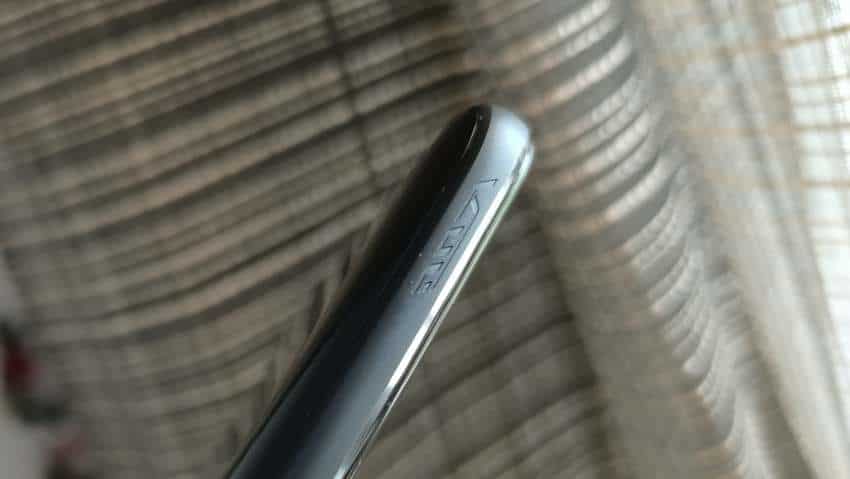 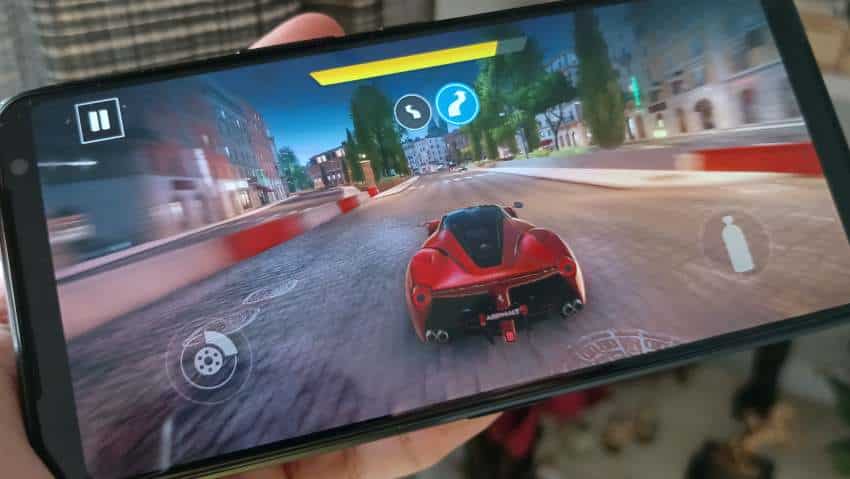 There is no upgrade in terms of battery. The ROG Phone 3 continues to pack a 6000 mAh battery which is more than enough. Fitting anything bigger than this would have increased the weight of the device significantly and added to its thickness as well. It is combined with a 30W charger which supports Quick Charge 4.0.

If you are buying this ROG phone, cameras are probably the last thing you will be looking at. Yet, Asus ROG Phone 3 offers almost everything in this department that you may ask for. 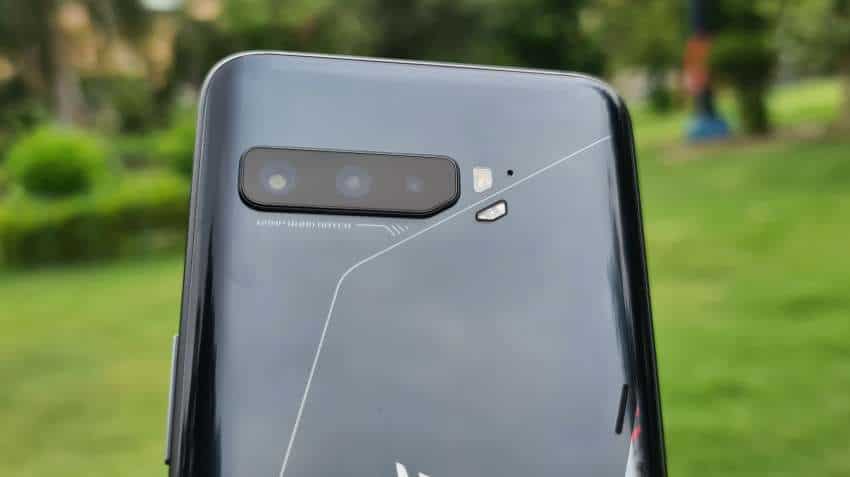 The camera setup on the ROG Phone 3 has been upgraded with the 64-megapixel primary camera. The company has gone ahead with Sony’s IMX686 lens for the main camera along with a 13-megapixel ultra-wide angle lens and a 5-megapixel macro lens. 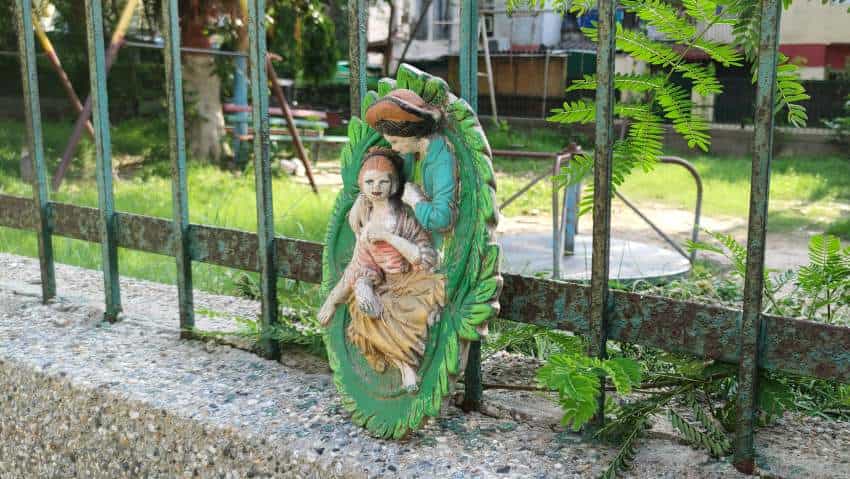 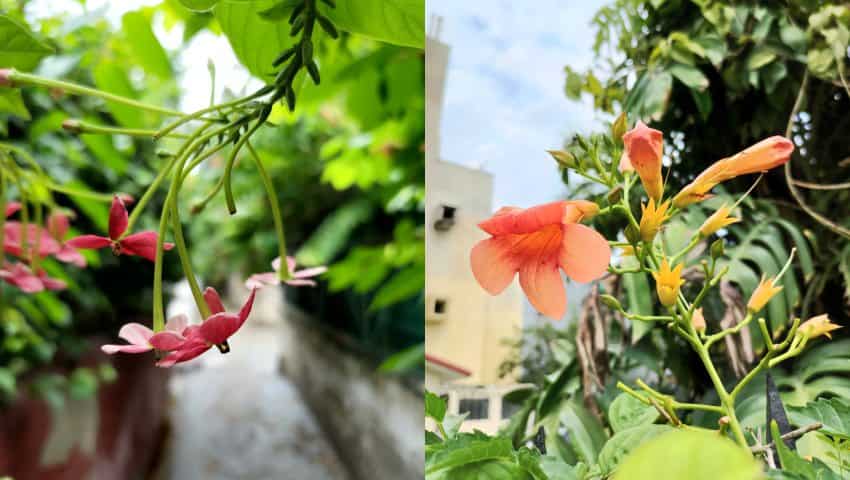 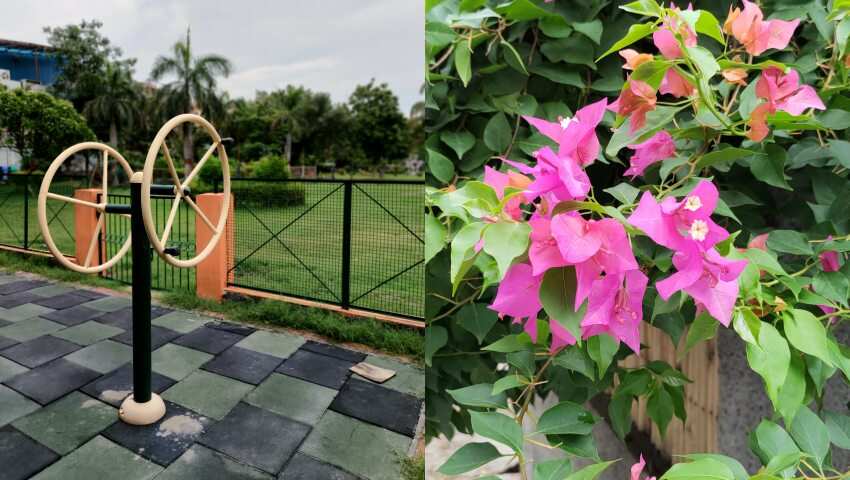 The images from Asus ROG Phone 3 are crisp with strong edge detection and blur effect. The landscapes are slightly oversaturated at times but skin tones largely look fine. 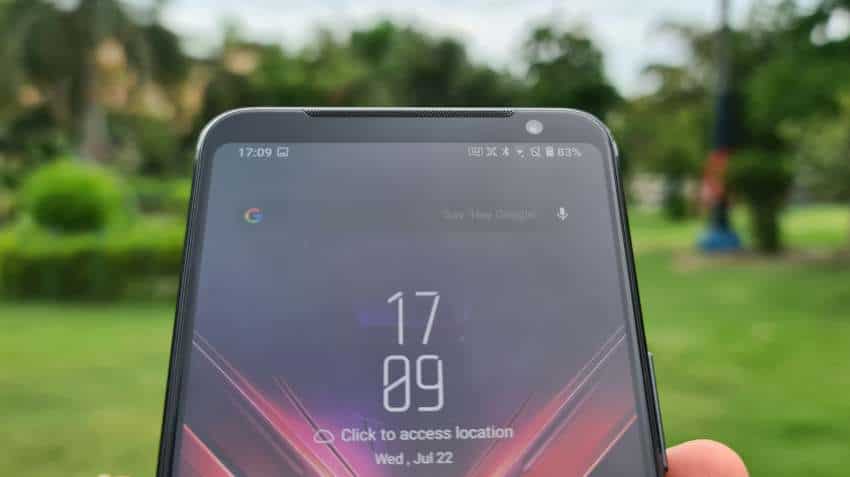 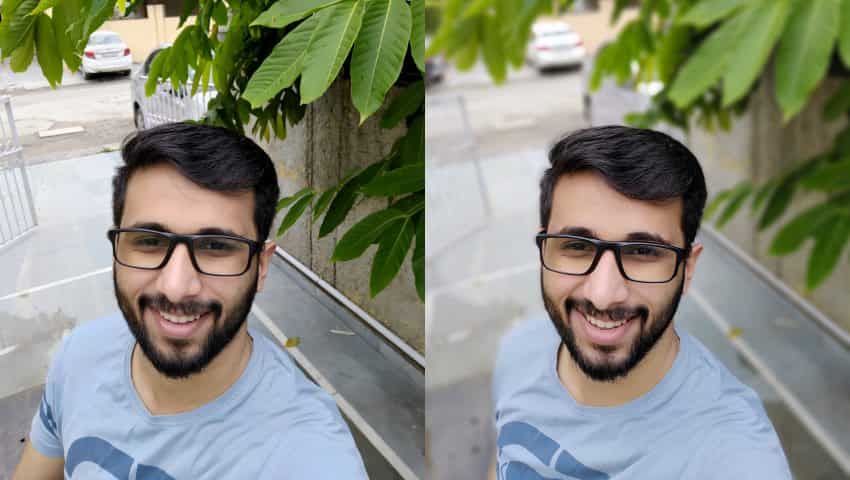 On the front, there is a 24MP camera which is the same as Asus ROG Phone II and Asus 6Z. The phone also has up to 4K video recording support through its rear camera setup, while the front camera is capable of recording up to 1080p videos.

With the Asus ROG Phone II, the company had set the bar high and the Asus ROG Phone 3 continues to build on that. It comes with significant improvements on processor, display and AirTriggers, while keeping most basics the same. Upgrades made on the camera front allows Asus ROG Phone 3 to compete with premium offerings from OnePlus, Samsung and others, if not beat them.

It delivers an immersive gaming experience but also flagship-grade cameras and hardware. At Rs 49,999, the Asus ROG Phone 3 is still in a territory where gaming enthusiasts can make a purchase without breaking the bank. It surely isn’t an everyone-device but will give premium smartphones a run for their money.