Asus ROG Phone II review: The smartphone boasts of many firsts in India - it is the first smartphone to be powered by Qualcomm Snapdragon 855 Plus processor, first flagship that packs a 6000 mAh battery and first device to come with 120Hz refresh rate. While the phone seems to be a sure shot hit on paper, how well does it perform in real? Let's find out in our Asus ROG Phone 2 review. 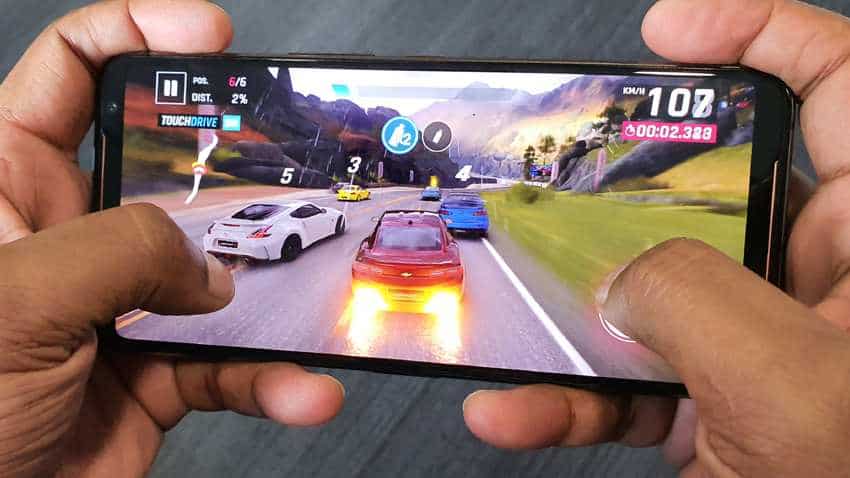 If you go only by specs, the Asus ROG Phone 2 doesn't have a competition in the Indian market, at least as of now.
Written By: Manas Tiwari
Edited By: Harish Dugh
RELATED NEWS

Asus ROG Phone II review: There has always been a major difference between the pricing of a gaming smartphone and a flagship device. Due to the hardware used, the gaming smartphones are usually priced on the higher side which is also one of the key reasons why they remain a niche. So, a few weeks ago when Dinesh Sharma, Head - Mobile Business, Asus India was giving a presentation on the company's latest gaming device - Asus ROG Phone 2 and claiming that it will also take on flagship-level offerings in the country, my question to him was - Will it be priced like a flagship too?

"What price would make you switch from the current phone that you are using?" Dinesh asked in reply. In less than a second, I did all the math I could have and came up with Rs 70,000 figure in response. In my head it made a lot of sense as last year's Asus ROG is still retailing around that price point in India. An amused Dinesh looked at me and said, "We will delight you with the pricing".

And, delighted I am! Because, probably the most powerful smartphone to have been launched in India has been priced at just Rs 37,999! And notably, it is set to give sleepless nights to both gaming smartphone companies as well as flagship makers. The smartphone boasts of many firsts in India - it is the first smartphone to be powered by Qualcomm Snapdragon 855 Plus processor, first flagship that packs a 6000 mAh battery and first device to come with 120Hz refresh rate. In fact, if you go only by specs, the Asus ROG Phone 2 doesn't have a competition in the Indian market, at least as of now. While the phone seems to be a sure shot hit on paper, how well does it perform in real? Let's find out in our Asus ROG Phone 2 review.

Design is what distinguishes a gaming smartphone from any other device. Asus ROG Phone 2 scores full marks here. The smartphone looks breathtaking. It is a beast that has been designed to amaze gaming enthusiasts. Unlike its predecessor, the ROG Phone 2 features a Super AMOLED display, due to which the company has moved the fingerprint scanner from the rear panel, giving the device a cleaner look. 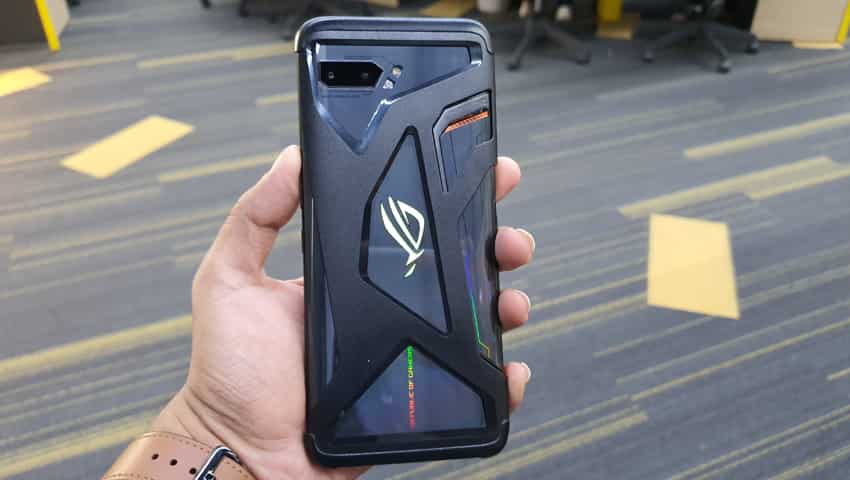 The RGB light throws different shades if you switch the phone to high-performance X Mode. It also acts as a notification light and is a really cool feature to have. 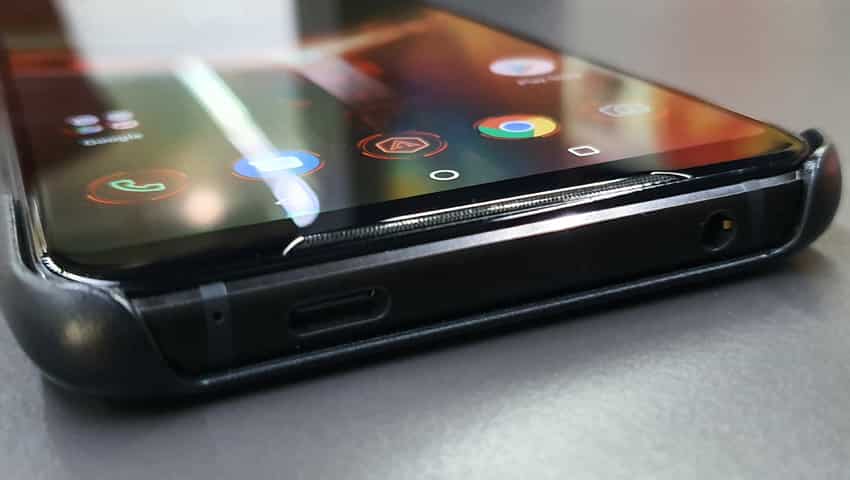 The right panel of Asus ROG Phone 2 houses the volume rockers and power button along with (say WOW!) two AirTriggers. What exactly do they do? Will tell you once we move to the performance part. At the bottom, you get a Type-C USB charging port and also, a 3.5 mm jack. Asus has added a second Type-C USB port on the left panel which can be used if you are charging the device while gaming or to connect Type-C earphones.

The front remains more or less the same as the Asus ROG Phone. The new model features a 6.59-inch Super AMOLED display with thick bezels and speakers on either side. Because of the bezels the Asus ROG Phone 2 is actually bigger than Samsung Galaxy Note 10 Plus that comes with a 6.8-inch screen. However, these bezels are there to ensure that your thumb lands on controls and gaming experience is not hit. 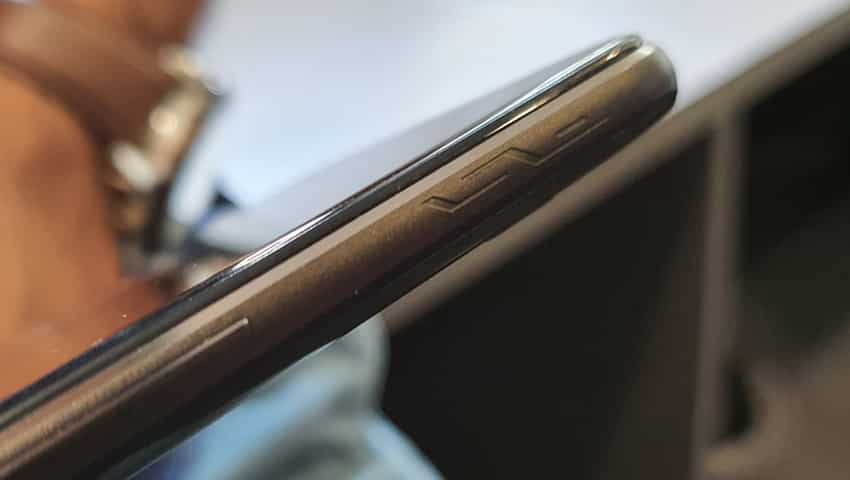 Now, with so much inside the device, it was bound to get thick and heavy. At 240 grams, Asus ROG Phone 2 is one of the heaviest smartphones to have landed in India, ever. It is not made for a single hand use and have if you have been using a more compact device, the switch won't be very smooth.

The Asus ROG Phone 2 is packed with features that have the potential to kill any flagship. As I have mentioned before, it is the first smartphone to get Snapdragon 855 Plus in India. The processor is an upgrade on Snapdragon 855 which has been used on several flagship smartphones of this year like OnePlus 7 Pro, Redmi K20 Pro and Asus 6Z. The chipset offers you the fastest experience till date and is perfect for heavy usage. It is coupled with up to 12 GB RAM which should make the phone really fast.

We have the 8GB RAM variant of the smartphone that comes with 128GB of internal storage. Asus has a partnership with Gameloft and you get Asphalt 9 pre-installed in the ROG Phone 2. I loaded the device with several heavy gaming titles like Shadowgun Legends, PUBG: Mobile, Modern Combat 5 and more. All these gaming titles ran seamlessly even at high graphics. 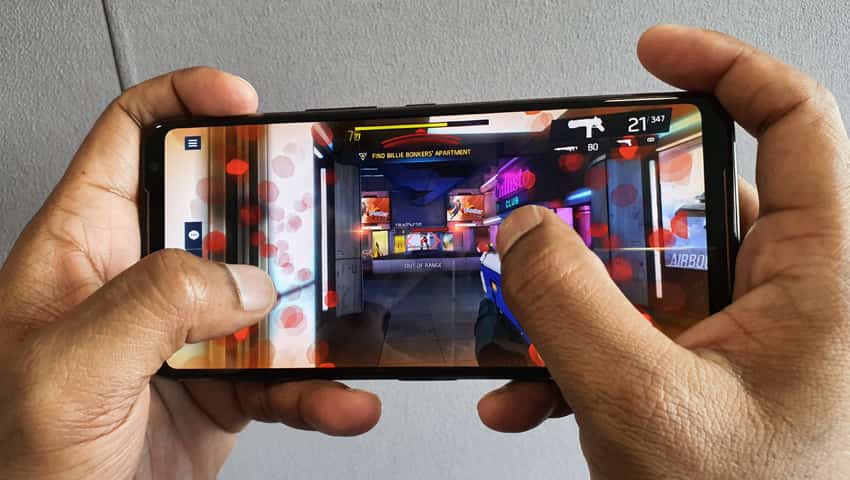 In fact, in some cases the output was exceptional giving an amazing gaming experience. For example, the countdown before a race starts on Asphalt 9 will blow you away.

The dual speakers used by Asus further enhance the experience by producing unbelievably loud and clear audio. Both the speakers come with dtsX sound support and are one of the biggest highlights of this device. It takes gaming to next level, especially when you are running shooting games. They come handy even when you are listening to music or consuming media.

The phone did heat up a bit on the upper side during long-hour gaming. However, I faced this issue only after at least two hours of gaming and the phone returns to normal condition if you close the gaming app and re-open it in five minutes.

The devices uses an OLED panel with resolution of 1080 x 2340 pixels and comes with 120Hz refresh rate. This is exceptional as most flagship smartphones in India, including Samsung Galaxy Note 10+, are still offering 60Hz rate. With OnePlus 7T also expected to come with 90Hz refresh rate, Asus ROG Phone 2 is likely to stay ahead of its competitors in this regard for at least next 12 months. Due to the higher refresh rate, you can watch videos or play games without any lags.

Asus has added several other useful features and modes on ROG Phone 2 like the Armoury Crate which organises your gaming collection and allows you to access advanced gaming and performance settings. From here, you can change the refresh rate of games and adjust performance or battery life. Then, there is a game genie that can be opened by swiping in from the left edge of the screen. It allows you to lock the screen brightness, disable notifications, record your screen, or start a livestream. The same can also be used to configure AirTriggers.

Talking about that, AirTriggers have been used to give you console-like gaming experience on a smartphone. You can configure these buttons to shoot, aim or do whatever you want while gaming. The feature might prove useful to hardcore gamers. The same triggers can also be used for squeeze functions. 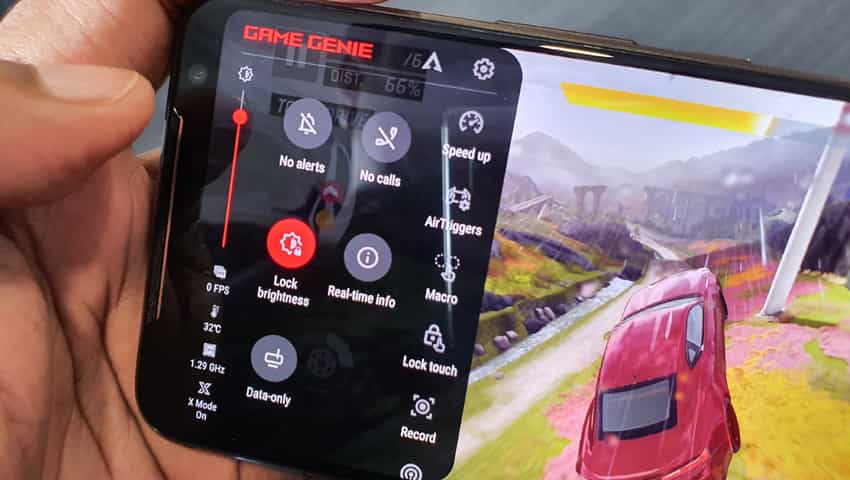 All these features will even force a non-gamer to spend hours with the device. And, for that, you a need a battery that lasts for hours. Asus ROG Phone 2 packs a massive 6000 mAh battery which beats Samsung Galaxy Note 10+'s 4300mAh battery and OnePlus 7 Pro's 4000mAh worth of charge. In the normal mode, the phone should easily last for about two days.

I mostly had the X Mode on and played games at 120Hz refresh rate. Even then the device gave around 26 to 28 hours of battery life on single charge.

There is so much to drool about the Asus ROG Phone 2 that you might forget that to compete with a flagship, it also needs a great camera. The company has gone with the same dual rear camera setup that was used on the Asus 6z. It comprises of a 48MP main cam and a secondary, 13MP super wide-angle camera but doesn't feature the motor that was introduced on the flagship. 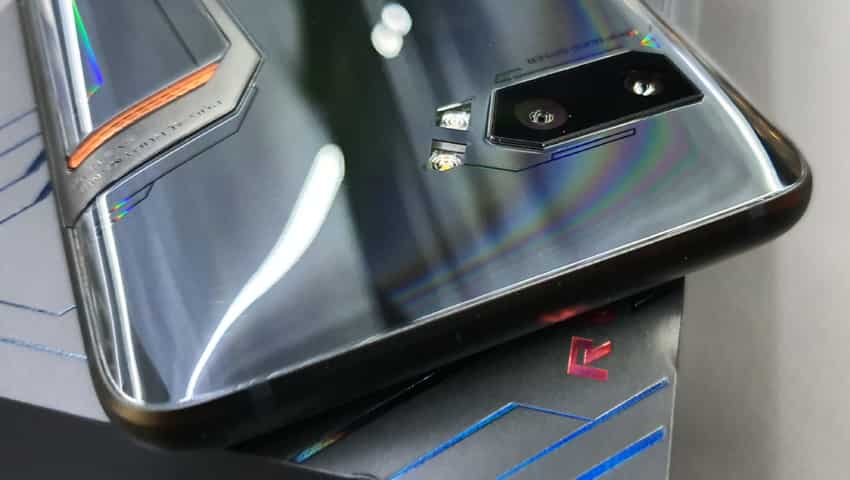 The main camera clicks 12MP images by default and delivers decent output. You get the dedicated Night Mode which improves the quality of images clicked in lowlight and there is an automatic HDR mode too. While the quality of images taken by Asus ROG Phone 2 would impress the majority, it could have been better. Also, a lot of innovation is being done around cameras and it is tough to beat devices like OnePlus 7 Pro or Huawei P30 Pro in this segment.

On the front, Asus has used a 24-megapixel selfie shooter which clicks decent images as well.

Asus ROG Phone 2 has set a new benchmark when it comes to performance. It is the most powerful smartphone to arrive in India, both Android and otherwise. Moreover, it is an exciting device that you would love to explore and play around with. 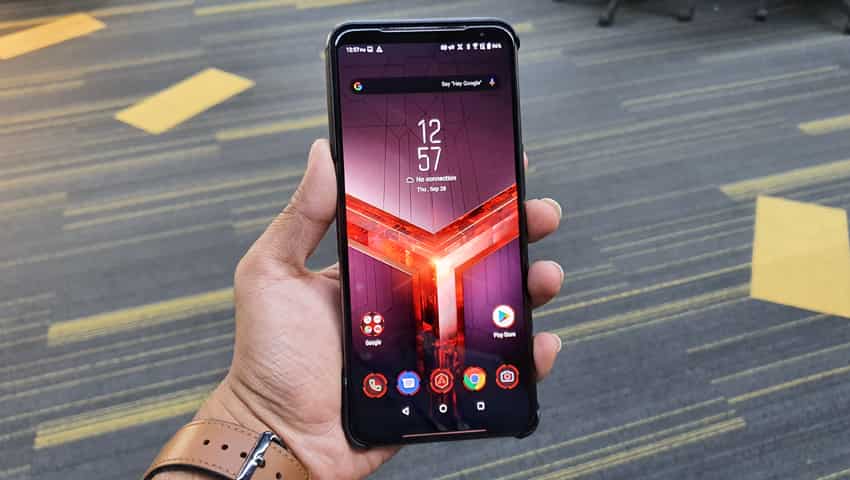 The only challenge Asus would face in selling this device is that ROG is still not so popular-a-name among Indian smartphone buyers. Brands like OnePlus and Samsung still have greater recall value. This makes it tough to convince a buyer to switch to Asus ROG Phone 2. Also, customers still see gaming as a niche. However, this smartphone is a giant leap in bridging that gap. It will push other manufacturers to up their game and offer better gaming specs at a more affordable price point.

But, while using the device you can feel that Asus has paid attention to the finest of details and has probably consulted with several gamers too. From its design to hardware, Asus ROG Phone 2 is a ridiculously well-made smartphone and a steal at Rs 37,999. The top-end variant though would cost you Rs 59,999. I would suggest the base model any day.