Are your Facebook, Gmail accounts safe; Guess what! These companies have your data

Facebook has recently revealed that a total 52 companies were authorized to have access to their devices and products. This simply means these companies were aware of day-to-day social media usage. 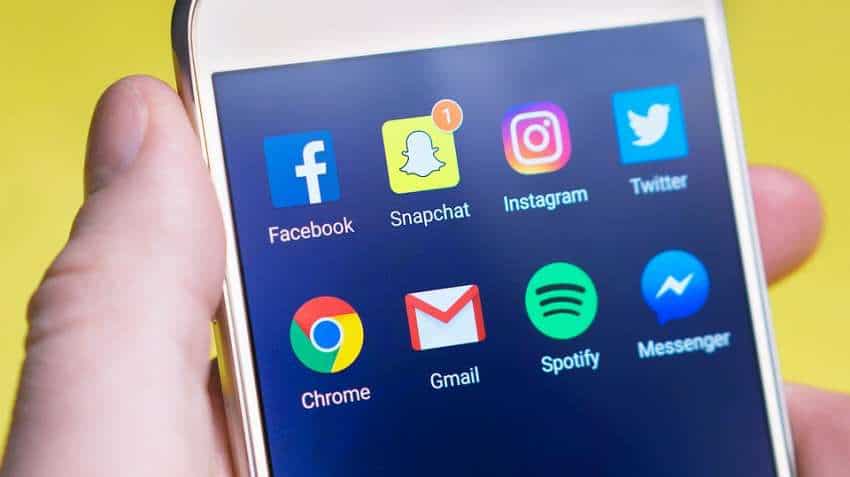 Generally, cyber security means protection over your technological access like networks, data and even social media accounts from cyber attacks. Now, almost everyone, even a layman, has a Gmail, Facebook or WhatsApp account. Social media has changed the face of communication. There was a time, when one relied on payphones or traditional letters to communicate with their loved ones. But now through these apps, one can communicate to with family and friends in any corner of the world. The work of social media is not limited to just small chats and gossip, huge amounts of business is carried out via these apps. But what happens when your data is not secure, what if somebody is actually reading or viewing every text or image you are sending and receiving. Yes, sounds uncomfortable as it deals with privacy, but guess what! Facebook and Gmail have given access to your data to third parties.

Facebook has recently revealed that a total 52 companies were authorized to have access to their devices and products. This simply means these companies were aware of day-to-day social media usage.

The largest social media handler mentioned to the US Congress that, they gave dozens of companies special access to user data, detailing for the first time a spate of deals that contrasted with the social network’s previous public statements that it restricted personal information to outsiders in 2015, as per Wall Street Journals.

Among these companies were some renowned names like Apple, Airtel, Amazon, Dell and even Mukesh Ambani backed Reliance Jio’s recent partner Saavn.

In the letter to US Congress, Facebook stated that, they have already discontinued 38 of these 52 partnerships and will shut down an additional seven by end of July 2018 and another by end of October 2018.

Only three partnerships will continue namely Tobii, which enables people with ALS to access Facebook, secondly Apple, with whom the company has an agreement that extends beyond October 2018 and further Amazon.

The information was revealed in Facebook letter which was shown in The Wires report.

Facebook also states that, they will continue partnership with Mozilla, Alibaba and Opera which enable people to receive notifications about Facebook in their web browsers but their integrations will not have access to friends data.

Airtel spokesperson said, “The matter pertains to the year 2010 when Airtel was granted access to data by Facebook as an app developer. The project ended in 2013 and so did the access to the data. We confirm the that the data was used only for our internal purposes,” reported by The Wire.

Saavn in the revelation said, “Saavn has not requested nor been given an extension to access any Facebook user data.”

Facebook dominates the social media market. Almost everything can be done through this portal like chat, call, send stickers, make video, etc. The channel even has information of your working place and citizens across nations are very habitual to usage of Facebook which is why they do not fear in sharing their daily stuffs at open portal. But there are things which is not for everyone which usually takes place in personal chat items.

Recently, founder Mark Zuckerberg has been questioned to Facebook’s commitment for privacy. He was blamed for millions of data breach.

While Facebook dominates social media, there is also another account which has almost everything of yours. Gmail is seen as your sole and highly secured place when it comes to storing data.

But to add in your disappointments, even Gmail gives access to your datas to third parties.

According to Trak.in, the internet giant is allowing hundreds of unknown third-party software developers to scan the mails in the inboxes of millions of Gmail users. The company is scanning the Gmail accounts who signed up for email-based services offering shopping price comparisons or automated travel-itinerary planners or other tools.

Reportedly, the third-party software developers are unverified, and they have access to all the personal data on Gmail.

So far, we only knew that search engine Google has access to your password and datas to many accounts. However, earlier Google had clarified saying it only give data to developers or outside users who have permission to access by users of that specific account.

This simply means, when someone tries to enter in your account, Google makes you aware through your gmail account by sending a message with an access options. If it is allowed then, the outsider can have a access to your data.

But it needs to be noted that, even Google computers read your messages. Last year, the engine assured by mentioning their computers will soon stop reading the emails of Gmail users to personalise and strategize their ads.

Not only this, Google employees can even access any personal mail on Gmail under specific cases like proper consent if given for a security purposes.

Even a recent report ABC News says, Google has confirmed it allows some external software developers to read and analyse the inboxes of Gmail users, following scrutiny about privacy on the platform.

Just the way companies take a serious note of cyber security there is always a loophole which leads to cyber attack. There have been many occasions where various sources have manage to threat you by having access to your data even many firms have fallen to their attacks.

An IT governance report based in UK reveals that, Cyber attacks can disrupt and cause considerable financial and reputational damage to even the most resilient organisation. If you suffer a cyber attack, you stand to lose assets, reputation and business, and potentially face regulatory fines and litigation – as well as the costs of remediation.