Apple's iPhone in India to get cheaper with Bengaluru manufacturing unit?

Apple India-made iPhones are expected to be out as early as April this year. 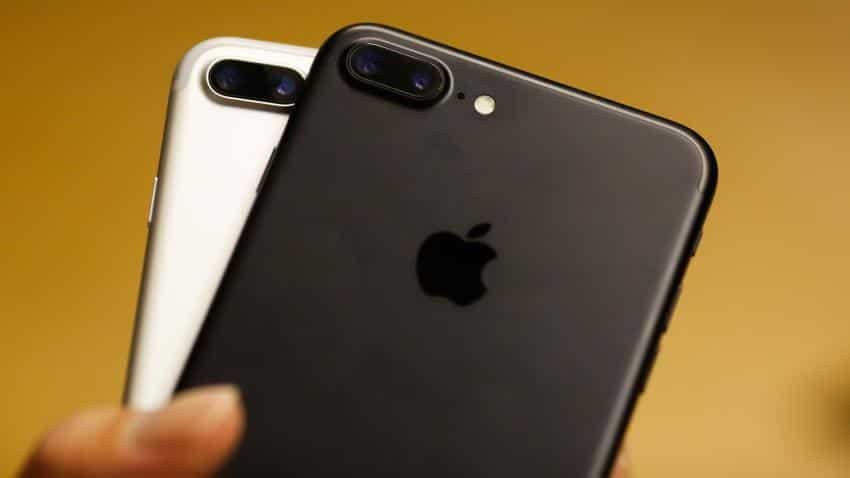 Get iPhone 6 for just Rs 4000 on Flipkart's Republic Day Sale! Here's how

Apple to set up manufacturing unit in Bengaluru, Karnataka
India-made iPhones expected to be out by early April 2017
Prices of Apple iPhones to decline
Apple ranked at 10th spot in India
Apple shipping 2.5 million iPhones in 2016

Apple has finally taken the decision to manufacture the iPhone in India and the India-made phone is expected to be out by as early as April 2017. The iPhone will be manufactured in Bengaluru, Karnataka and would be sold in India under the 'Made in India' tag as per the policy created by Prime Minister Narendra Modi.

This step is expected to bring down the prices of the iPhone in India, which has been a sore point for the company in India which is a price sensitive market and is looking to grow its market share in the country.

While India is the second largest market for mobile phone globally with over 300 million smartphone users, Apple's market share is the one of the smallest. The company was ranked at 10th spot in India after shipping 2.5 million iPhones in 2016. While it was the best year for Apple in terms of sales in the country, however, it is still way behind Samsung, Xiaomi, Oppo and Lenovo.

Apple has already been in talks with various government officials and departments regarding the negotiation of tax exemptions. On January 25, 2017 the company had one of the biggest meetings with Indian government officials to present some of their demands to them for them to set up their manufacturing plant in India. The meeting ended with Apple officials coming out and agreeing to set up the manufacturing unit.

“We appreciate the constructive and open dialogue we’ve had with government about further expanding our local operations,” Apple said in statement.

Priyank Kharge, Minister of State for Information Technology and Biotechnology and Tourism in a The Te Cake report said that Apple’s representatives led by Priya Balasubramaniam, VP iPhone operations, Ali Khanafer (Head, Government Affairs), Dheeraj Chugh (Director, iphone operations) and Priyesh Povanna (Country Counsel) met with Ministers and officials of Government of Karnataka and had positive discussions about the initiatives in manufacturing and possible collaborations with state Government in other areas.

While iPhones are expected to get cheaper with this move, the question still remains how low will Apple be willing to take it. Neil Shah, Research Director, Counterpoint Research in an earlier Zeebiz article said that Apple manufacturing in India will mean a 10-12% margin on its production costs. “If they decide to reduce the prices of its iPhones it will shave around 4-5% of the older iPhone models. I don't think they will reduce the prices of their new iPhones or flagship smartphones as they position themselves on the premium quotient,” he added.

If however Apple decides to shave 5% off the price of the iPhone 7, it would bring it down to Rs 57,000 only. Not much an incentive to push sales of the iPhone higher.

However, Apple CEO Tim Cook has been keen on pushing its India growth strategy since it has been sales in many of its key markets such as China and North America declining. In a recent interview he said they are in discussions on a number of things, including setting up retail stores and they he fully intends to invest significantly in the country and believes it's a great place to be in.

Get iPhone 6 for just Rs 4000 on Flipkart's Republic Day Sale! Here's how