Apple Watch may get solid side touch-sensitive buttons 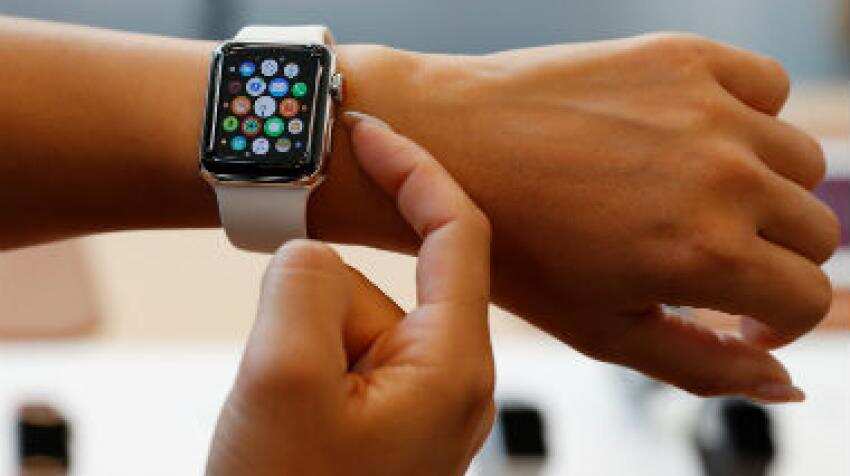 Apple's new olid state buttons are expected to be announced this autumn or in the 2019 Watch. Image source: Reuters
Written By: IANS
RELATED NEWS

Apple is likely to replace the physical side buttons on the Apple Watch with solid state buttons that would not move up and down but rather be touch-sensitive, the media reported. The button configuration on the wearable would remain the same with a button and a digital crown situated on one side of the device. But the new buttons will vibrate slightly under the fingertip, using the haptic effect Apple calls the Taptic Engine, Fast Company reported on Friday.

The digital crown would still physically rotate to navigate through content. Citing a source with direct knowledge of Apple`s plans, the report said that the new buttons are expected to be announced this autumn or in the "2019 Watch." There are several advantages of the solid-state buttons. By eleiminiating the opening needed for a for a physical button, they could make the Watch more water resistant.Secondly  they could also free up some design space that could make way for a bigger battery.

Apple has reportedly also been working on using the top of the buttons as sensors to gather health-related data such as heart rhythms.  In past years, other Apple components such as MacBook trackpads and iPod control wheels have also gone from moving parts to solid-state technology.