While many speculate over the price and features of the new iPhone here is approximately how many takers the new phone will have. 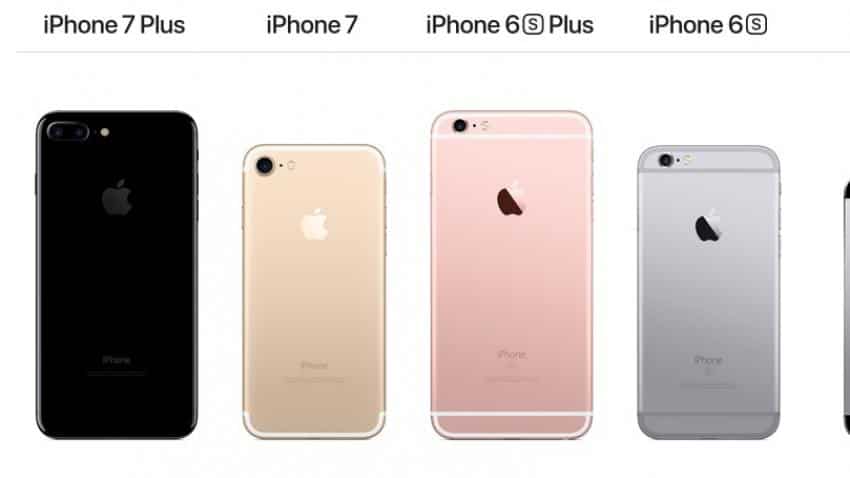 Apple iPhone, iPad user? Tech giant has taken this big step to give convenience to you

REVEALED: This is when Apple may launch its first iPhone with 5G modem

The extravagant unveiling of Apple Inc’s latest inventions will be held on September 12 for the first time at the Steve Jobs Theatre. Media reports speculate that the Tim Cook backed company will be unveiling its iPhone 8 model and may feature a ‘radical redesign’ in celebration of the 10th anniversary of the first iPhone.

While many speculate over the features and the price of the new phone, which may even consist of multiple launches of the – iPhone 8, 8 Plus and even the iPhone X, here is approximately how many takers the new phone will garner.

Though the Apple kicked off its iPhone productions in India in May 2017, this market still majorly uses older models of the iPhone, a report by Counterpoint Research said on August 2.

The company shipped 25 lakh units to India which was considered a ‘record’ sale in 2016. As per Counterpoint Technology Research iPhone shipments to India were up 56% in September 2016.

With its new Apple assembly centre in Bengaluru, the company began assembling a few thousands of the iPhone SE released last year.

On the back of its launch Apple iPhone sales dipped and Huawei phones surpassed it to be the second largest smartphone brand in the world, a report by Counterpoint said on September 5. While Samsung’s smartphones were 20% of the global market share Apple and Huawei were a little over 10% in July.

“While this streak could be temporary considering the annual iPhone refresh is just around the corner, it nevertheless underscores the rate at which Huawei has been growing. However, a weak presence in the South Asian, Indian and North American markets limits Huawei’s potential in the near-to mid-term to take a sustainable second place position behind Samsung,” Counterpoint’s Research Director Peter Richardson said.

Apple’s global shipment of smartphones amounted to 4.1 crore in Q1 FY18, Counterpoint analyst Tarun Pathak said. However the US market gulps a larger share of Apple iPhones in comparison to the rest of the world.

“According to Consumer Intelligence Research Partners, 141 million iPhones were in use in the U.S. at the beginning of July. 48 million of those were last year’s models (iPhone 7 and 7 Plus), leaving 93 million that could theoretically be at least two years old,” a recent report by Statista said.

The report estimated 3.9 crore iPhone 6 and 6 Plus that were present in the US since 2014.

“Obviously, not every iPhone 6s that is currently used is two years old, after all Apple still sells the 2015 models at a small discount compared to last year’s models. However, the composition of the installed base indicates that there should be plenty of Apple fans waiting to upgrade their aging phones,” the report said.

“Apple usually supports older iPhone models for around 5 years. iOS 10, the current crop of the company’s mobile operating system is compatible with any model from the iPhone 5 (2012) onwards. iOS 11, slated to be released later this month, will require the iPhone 5s to work,” it added.

Revenue of Apple stemming from the Americas amounted to $20.38 billion, which was larger than any other revenue share of the company by region in Q2 2018, as per a report by Statista. 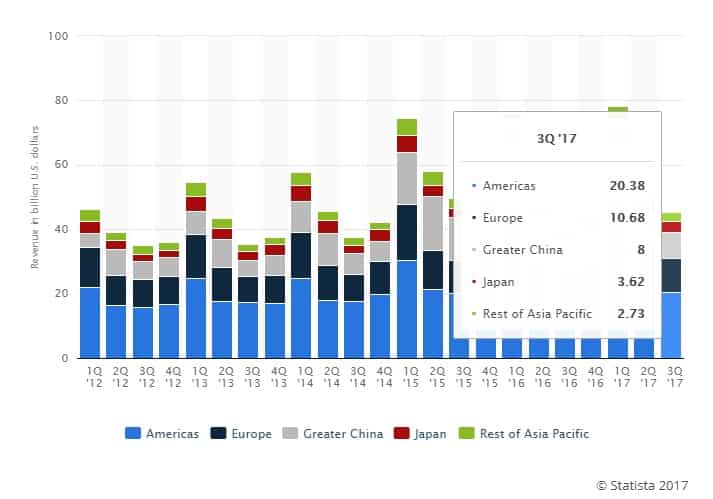 Apple iPhone, iPad user? Tech giant has taken this big step to give convenience to you

REVEALED: This is when Apple may launch its first iPhone with 5G modem

INR vs USD: Rupee may gain against Dollar on Chinese equity gains