Apple’s most expensive iPhone X is a big hit with Indians; sells out within minutes

The new iPhone X sold out within minutes of listing in stores and online retail outlets. The stock of the iPhone X will be replenished in another two months. 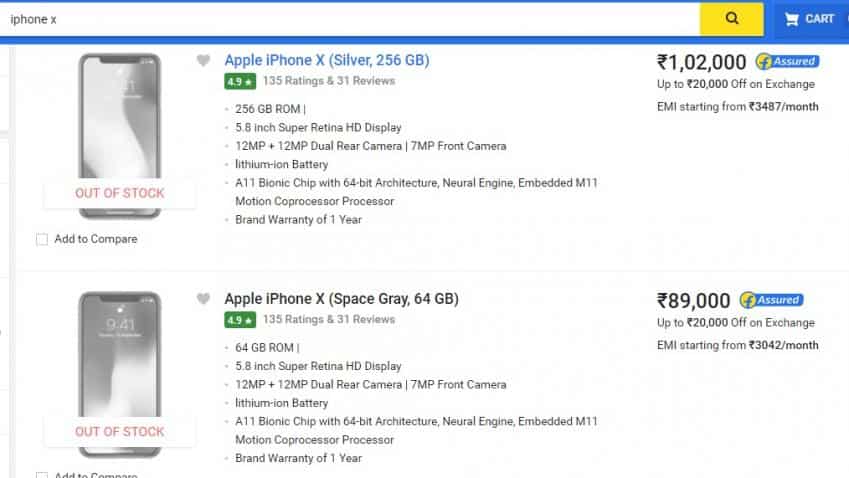 From taking a horse carriage procession to buy the new iPhone X to waiting hours in line before retail stores could open, Apple’s most expensive iPhone had Indian fans clamouring to buy it.

The iPhone X was scheduled for release in India by November 3.

However less than a week into the sale of the iPhone X and online sites and offline stores are flashing the ‘out of stock’ signs.

The iPhone X was listed on Airtel’s Online Store which sold out ‘in minutes,’ as per a report by India Today said on Saturday.

Flipkart that also milked the launch of the new iPhone to drive sales on its websites currently does not have any of the iPhone X variants for sale. Both variants of the iPhone X were swiped off from the company’s website.

Tata CLiQ that had announced pre-orders of the iPhone X on Friday evening also had its stock sold out within minutes. Shipment of the phone will begin from November 7, the company said. 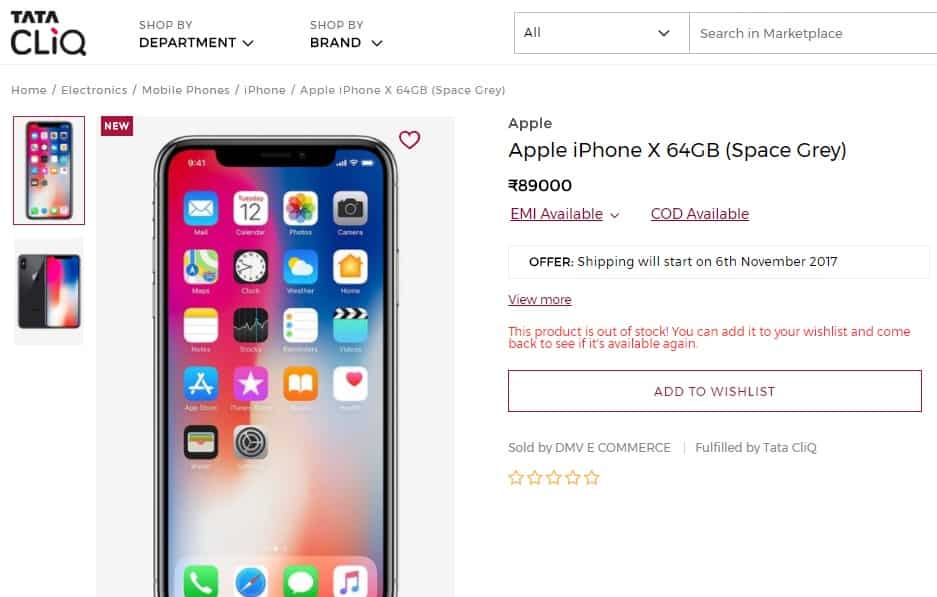 Online and offline retailers now await new stock of the iPhone X that will come in only after a wait period of two months, IANS report said.

For analysts, the iPhone X was a depreciating asset and they advised folks to rather invest that money in mutual funds or the money market.

Touted to be one of the ‘most expensive’ phones ever created by Apple, the company rolled out multiple offers in association with online and offline retailers.

The Airtel Online Store was offering a cashback to its postpaid customers using Citibank Credit Cards to make the purchase. Reliance Jio was also offering 70% buyback offer on the phone subject to subscription to its network.

E-commerce giant, Amazon and Flipkart also had rolled out offers on the phone.

Huge demand surging from Apple Inc’s iPhone fan base sent the company’s shares soaring to a ‘record high,’ on Friday. Apple`s shares rose 3% on the NASDAQ that resulted in a market capitalisation of almost $890 billion.