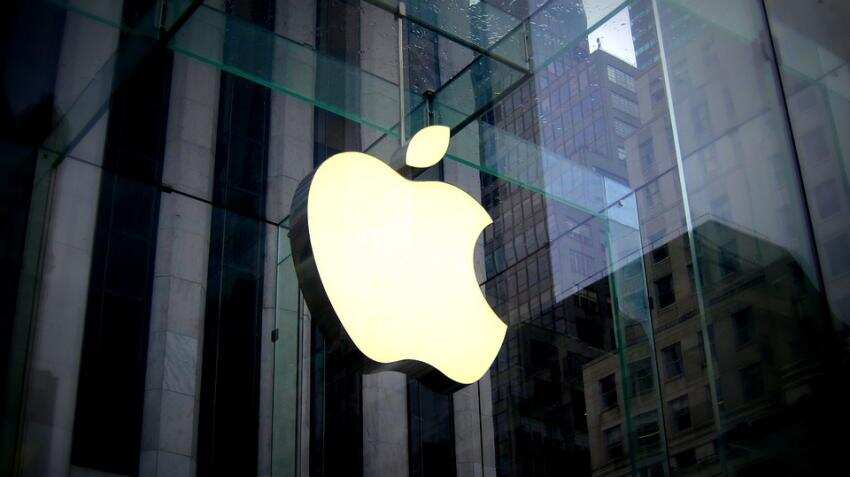 In a big surprise, the smartphone that was pronounced virtually dead, is proving the reports wrong. There is a lot of love for Apple iPhones out there when we talk about smartphones sales across the world. Every individual deep down has a desire to have this luxury smartphone, which has maintained its leadership for quite some time even with entry of high-end and low-budgeted smartphones. Apple iPhone is one of the most-trusted brands globally, and the latest Counterpoint Market Pulse April Edition report proves the point as Apple iPhone X remained the best-selling smartphone in March, dominating the whole first quarter to be the number one smartphone.

Not only this, the second spot was bagged by another Apple smartphone namely, iPhone 8 Plus, as the report stated that the sales of this phone improved during March, due to a push from Apple making it the second best-selling smartphone globally.

On the third sport, was China’s Xiaomi whose Redmi 5A became the best selling Android smartphone in March, a first for Xiaomi. Redmi 5A was also the third overall best-selling smartphone model in March. 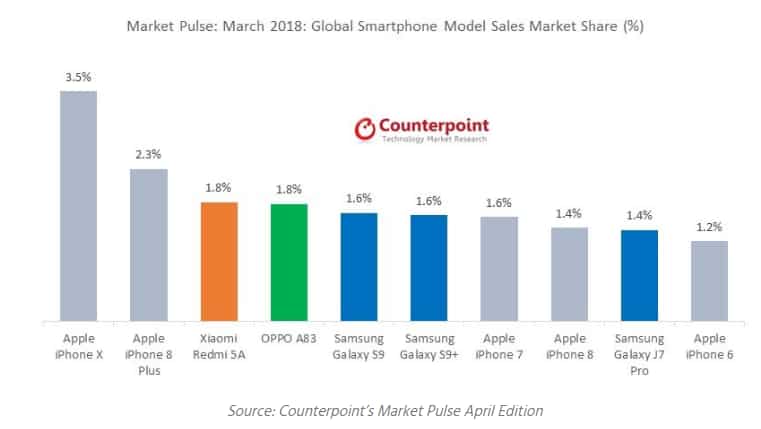 Another Chinese telecom operator Oppo held the fourth spot as it’s mid-segment smartphone the A83 continues to do well in the market since its launch in January. It captured the 4th spot in the global best-selling model list.

Here are few highlights of from Counterpoint’s Market Pulse research.

Samsung Galaxy S9 series helped increase Samsung’s share in the ultra-premium segment, though iPhone X maintained its lead as the  top-selling model in the segment.

Samsung doubled its share in the premium-tier ($600-$800), but faced tough competition in the mid and low tier segments from Chinese OEMs (Oppo, vivo, Huawei, Xiaomi).

Entry-level smartphone share slightly increased after good performances from Xiaomi, Samsung and some of the local brands in the India, SEA, and Africa markets.

The report lastly said, “We will likely see an uptick in mid-tier price band share after a marketing push from Oppo, vivo, Huawei in their home market and in India.”