After launching its Watch Series 3 on the 10th anniversary of the iPhone, Apple has regained position as market leader in smartwatch sales. However with a rather subdued demand for smartwatches in Q2FY18 analysts expect demand to pick up next quarter. 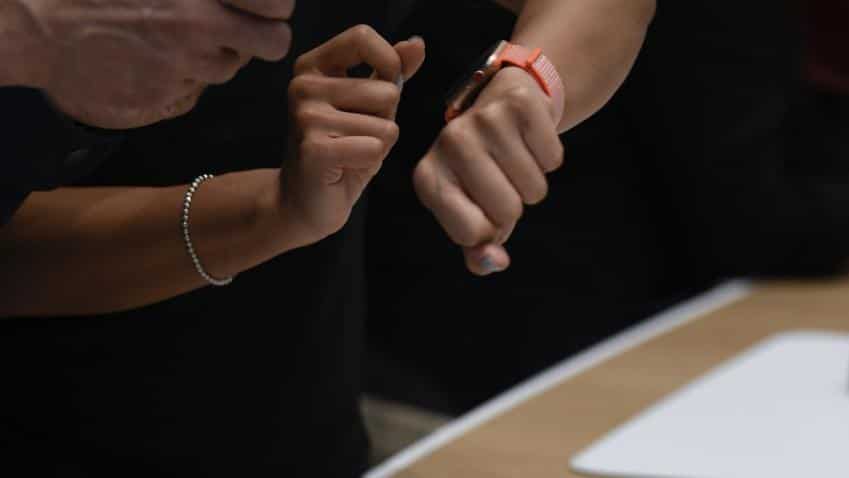 “Apple retook the lead in the wearable band market in Q3 2017 (Q2 FY18), with shipments of 3.9 million (39 lakh). It posted its strongest quarter so far in 2017, thanks to the release of the Apple Watch Series 3,” a report by Canalys said on Tuesday.

Its competition in the wearable band market – Xiaomi and Fitbit shipped marginally fewer bands of 36 lakh and 35 lakh respectively during the quarter.

This the report said was a sign of ‘waning demand’ from the band market.

“Xiaomi and Fitbit, which shipped 3.6 million and 3.5 million wearable bands respectively, have also bucked the trend of the traditionally weaker Q3 by posting quarter-on-quarter growth. But despite the increase in smartwatch shipments, waning demand for basic bands meant the overall wearable band market fell 2% to reach 17.3 million units,” the report added. 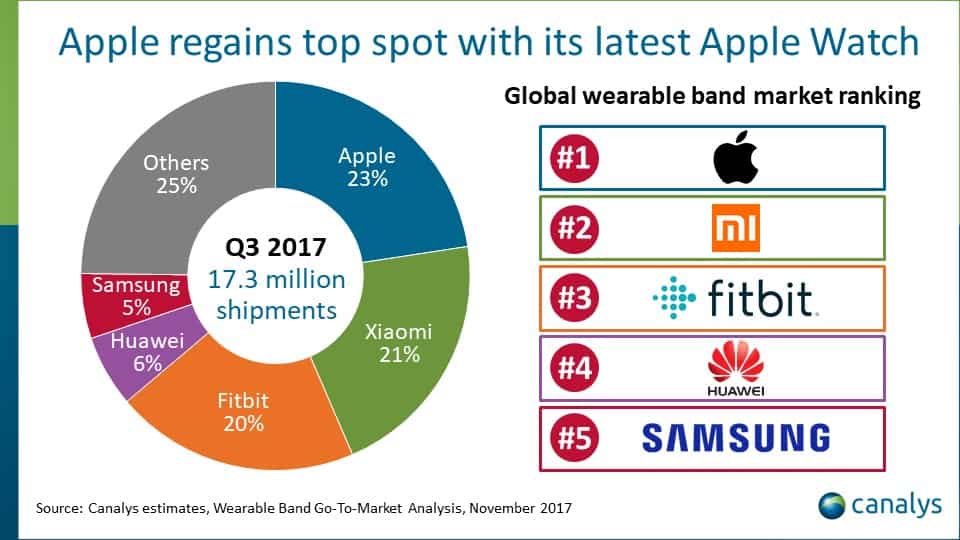 However the analysts believed that this wasn’t the strongest demand for the Watch Series 3 that was witnessed.

Shortly after launching, reports had come in that majority of iPhone users would not be able to make or receive calls using the Watch Series 3. The reason cited for this was mainly because iPhone users would need a postpaid SIM to avail this feature.

Nearly 800,000 Apple Watch units that were shipped in Q2 FY18 were cellular enabled, as per Canalys estimates.

“In China, customers with high expectations are being driven away by the service disruption fiasco in the country. Besides bringing in more stock, operators should work on improving their r.emote service provisioning systems to cater for the expected higher demand in Q4,” Low added.

Samsung, Apple and Huawei, the top three smartphone vendors by volume in Q3 2017, have positioned smartwatches to complement their premium smartphones.

“While health features continue to be the core focus, vendors are striving to increase the value of smartwatches by prioritizing design and highlighting key features,” said Canalys Research Analyst Mo Jia.

“Apple and Samsung are increasing user stickiness and brand loyalty by adopting an ecosystem strategy, which includes wearables and audio accessories,” Jia added.