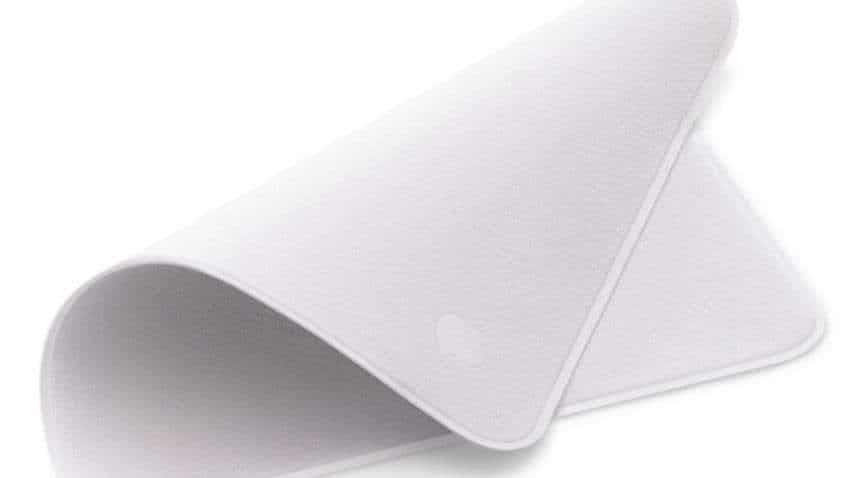 Made from a "soft, nonabrasive material," the cloth is suitable for Apple displays, including the nano-texture glass of the Pro Display XDR. It's also suitable for use with the mini-LED display of the new MacBook Pro models and all manner of iPhones, iPads, and Macs.

The microfiber towel bears an Apple logo, however it is unclear how it differs from other microfiber cloths. Apple suggests cleaning its gadgets with "soft, lint-free cloths" and avoiding "abrasive cloths, towels, paper towels, or similar items."

All of this is meant to be fixed with this Rs 1,900 cloth. Apple claims that the new Polishing Cloth safely and effectively cleans any Apple display, including nano-texture glass. There is also a list of devices that are compatible. If you're ready to pay Rs 1,900 for the cloth, you may get it through Apple's official online store. The merchandise will be delivered between October 28 and November 1.

Apple recently launched its two latest computer-focused ARM-based Systems-On-a-Chip (SOCs), the M1 Pro and M1 Max. The company said that the GPU in M1 Pro is up to 2x faster than M1, while M1 Max is up to an astonishing 4x faster than M1, allowing pro users to fly through the most demanding graphics workflows.

"With massive gains in CPU and GPU performance, up to six times the memory bandwidth, a new media engine with ProRes accelerators, and other advanced technologies, M1 Pro and M1 Max take Apple silicon even further, and are unlike anything else in a pro notebook," Johny Srouji, Apple's senior vice president of Hardware Technologies, said in a statement.

The M1 Pro and M1 Max introduce a system-on-a-chip (SoC) architecture to pro systems for the first time. The M1 Pro has an up-to-16-core GPU that is up to 2x faster than M1 and up to 7x faster than the integrated graphics on the latest 8-core PC laptop chip.